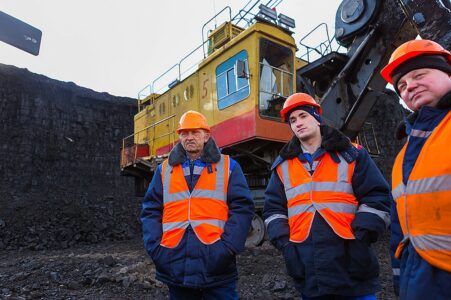 Demand for coal in Europe has significantly increased, leading to higher coal prices. However, rising prices have provoked India and China to refuse to buy coal on a mass scale. Europe is trying to provide its plants with the energy that coal produces. This can be called an alternative to Russian gas, but the development of reserves and the mass purchase of coal are causing the rise of energy prices.

The effects of this crisis have been reflected in Indian industry, both in the public and private sectors. The Indian company Tata Steel will stop importing Russian coal. This decision is due to the steel company’s unwillingness to fall under Western sanctions. The Financial Times reported that the Indian company decided to refuse, even despite the acute shortage of coal in the country. It is known that Tata Steel managed to import 617 thousand tons of Russian coal before the start of a special military operation. Now coal prices have risen.

Interestingly, back at the end of March 2022, Indian Minister of Steel Industry Ramchandra Prasad Singh stated that India plans to double the supply of Russian coal to the country, as it is an important resource used in the Indian steel industry. But the authorities and commercial companies may have different views on the same problem. Tata Steel says it has found alternative sources of raw materials (the company received 617,000 tons of coal from Russia in the first quarter, and another 246,000 tons in April). It is not reported where the Indians found such volumes.

It should be noted that Indian Prime Minister Modi promised to make the country the world center of the semiconductor industry in one of his recent statements. How to realize this without sufficient power, the prime minister did not explain.

However, India is now facing problems of increasing pressure on the power supply system due to the increase in electricity consumption. There is a risk of accidents and increased consumption of energy, primarily cheap coal. Also, cogeneration plants in India have stopped working due to a shortage of coal. In conjunction with energy problems, the country has recently recorded abnormally high temperatures of about 50 degrees, which threatens the agricultural sector, forests, and the population.

China will most likely rely on Russian gas instead of coal, especially since China decided long ago to switch from coal to gas. Gazprom has reported an increase in gas supplies to China and a decrease in supplies to non-CIS countries. According to the official website of the oil and gas company, the export of gas to China via the Power of Siberia gas pipeline within the framework of a bilateral long-term contract between Gazprom and CNPC is growing. The volume of deliveries in the first four months of 2022 exceeds the same figure of the previous year by almost 60%. Although some of China’s industry is still based on coal, it is hard to say how much of a hit China will get from higher coal prices, but China will have to bear some economic costs.

Europe’s desire to buy up coal has also harmed Pakistan. In addition to the abnormal heat in Pakistan, power plants, half of which ran on coal, stopped working. Pakistanis have even started importing coal from Afghanistan.

The future energy crisis will hit the economies of various countries. Large countries, like small ones, will suffer losses. The size of the losses will vary and will encourage countries to look for alternative energy sources or to use their reserves more ergonomically until the situation stabilizes.

That’s the real power of the USA a government descides to continue to guy russian recources but the indutrie just does not care what it’s own government says and obeys the US Government.

What were the sowjet’s doing when the US prepared all off this. Every Financial System. Every Certification, Insurance everything nessecery is obeying them.

How in the hell is anyone supposed to not just either throw nukes or bend the knee.

Eu-epp are not put above chinas and indias interests,if anything they did not sanction RUSSIA,fkn drr! What a load of crocshit,dead set you think no one here even went to highschool,fkn drr,imbecile art!

That’s right, whoever wants to do business with the West, will stop doing business with Russia. That is why India and China are already withdrawing from Russia, as they do not want to risk sanctions on their own economy, because of such an insignificant country as Russia.

When will India get tired of having their imports controlled by the U.S? No no no, can’t buy Russian weapons or energy, can’t buy Iranian energy either. I thought the ‘rules based world order’ was opposed to coercion.

If the US pulls da plug on the Indian economy their GDP will be halved overnight. Indians understand this rather well.

No, the “rules based world order” means they make up the rules as they go and change them as they see fit for their current foreign policy. That’s why it has to go and all but “The West” are demanding world order based on international law, i.e. the UN charter.

Last edited 2 months ago by Peter The Ungrateful
1
Reply

Europe is royally fucked. No heat, no a/c, no industry but Borrell promises that everybody gets a lump of coal in their stocking, in December.

Escu
Reply to  At yay yay

Europeans should burn Borrell instead. In the oven or at the stake, doesn’t matter…

ORCHARD1
Reply to  At yay yay

You know that you’re truly f###ed when you have devolved responsibility to middle management like Borrell to solve the problem.

Interesting that the corporation, Tata, is more frightened of western sanctions than the Indian government. Is there a power shift under way that is draining Globalist ambitions and reasserting the concept of nation sovereignty?

Tata exports, if their products were used for the Indians, it would not matter.

There really IS HAARP and weather control. Ships out at sea do some of this weather manipulation. It feels like we are having some cold air sent over the UK. I wonder whether Russia can track the ships out at sea who are party to this? Solar panels and windmills do help to save a bit on energy but they are insufficient for a country’s needs, on their own. If households in India and Pakistan had solar panels on the roof, it would mean they could run their AC without taking energy from the grid.

There are some indications from solar cycles we are going into a mini Ice Age for 40 to 60 years.

How fortuitous! What a piece of icing on the Oils sales bonuses!

Indias getting high grade coal from Australia, when the Chinese put an embargo on Australian coal due to a dummy spit after Australia called for an investigation into the source of the Corona virus India stepped in and said we will buy all the coal you can produce.