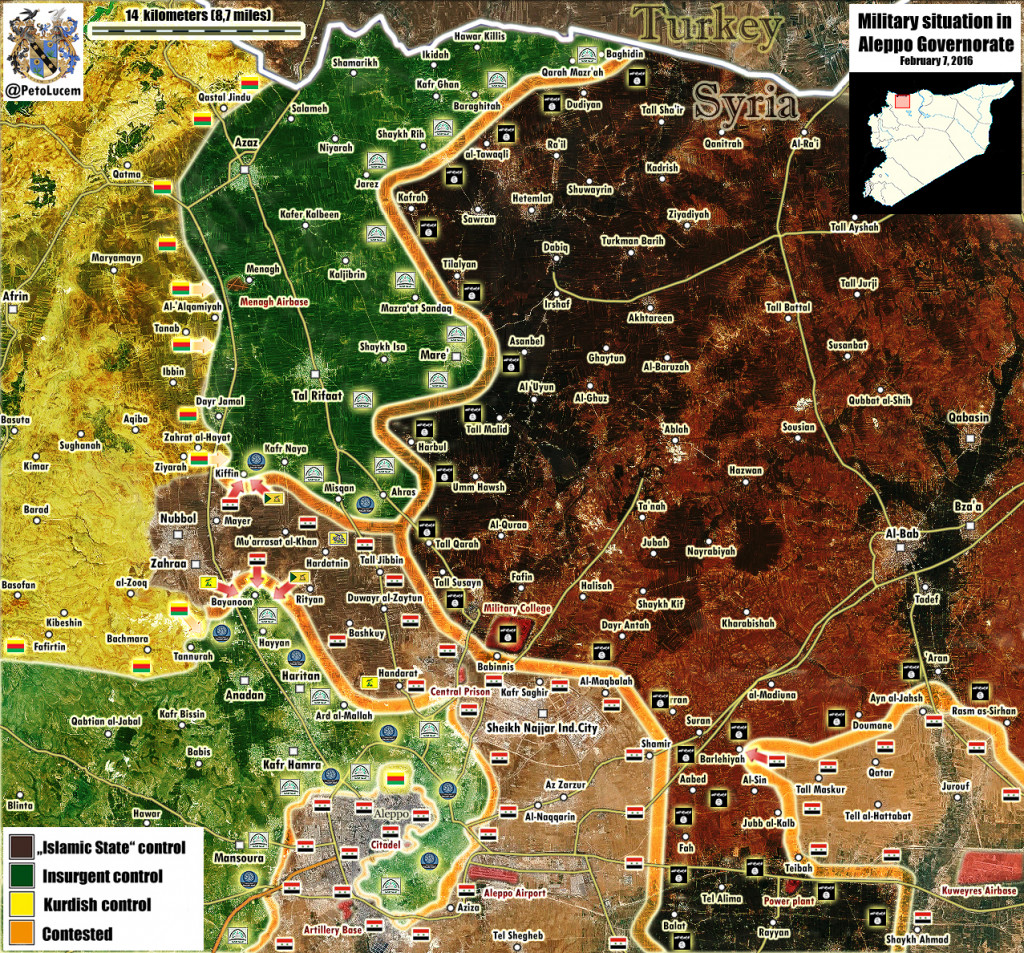 On Sunday morning inside the eastern countryside of the Aleppo Governorate,  ISIS imposed full control over the villages of Rasm Al-‘Alam and Al-Si’in after a violent battle with the Syrian Arab Army’s “Tiger Forces” and their allies from the National Defense Forces (NDF) and Liwaa Suqour Al-Sahra (Desert Hawks Brigade). ISIS launched a counter-offensive earlier this week in order to recapture several villages near the Thermal Power Plant that has become the Tiger Forces’ primary objective after linking their positions with the Sheikh Najjar Industrial District’s 3rd Zone. With Al-Si’in under their control, ISIS could breathe easy for a while because they are no longer in danger of being encircled in the Al-Safira Plains as long as they maintain control over this village.
Based on Al-Masdar details

In the Syrian Arab Army’s turn, goverment forces and their allies mounted an offensive toward Barlahin and captured it few hours ago.

So, in spite of temporary losing of Al-Si’in, the Syrian Arab Army is continuing an enemy’s envelopment from the North. 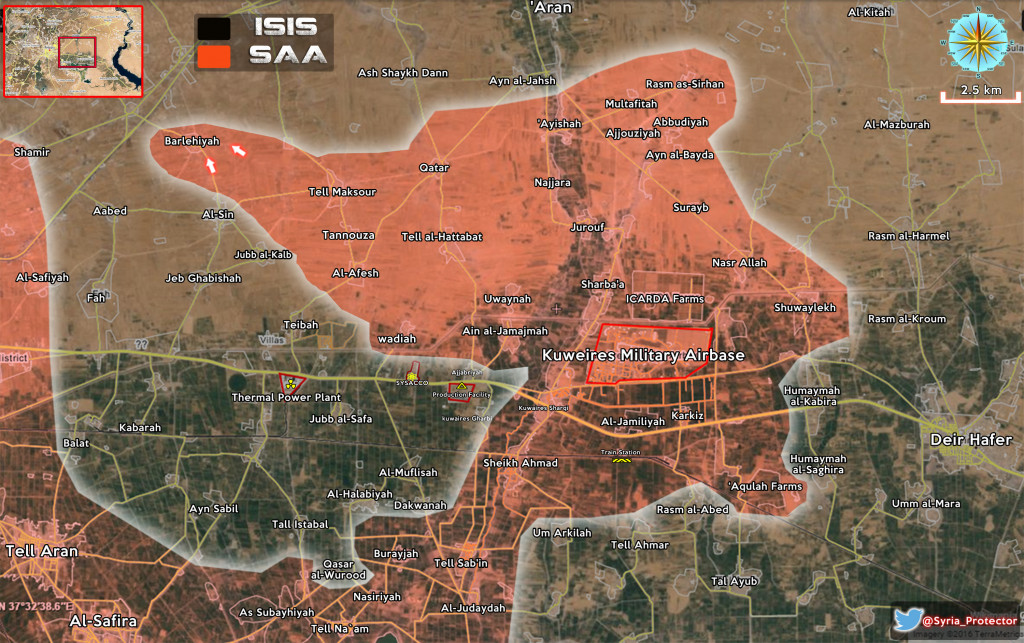 Now a fierce battle in the eastern countryside of the Aleppo Governorate is continuing. The Syrian Army is attacking Al-Si’in and conduct an offensive toward Suran. 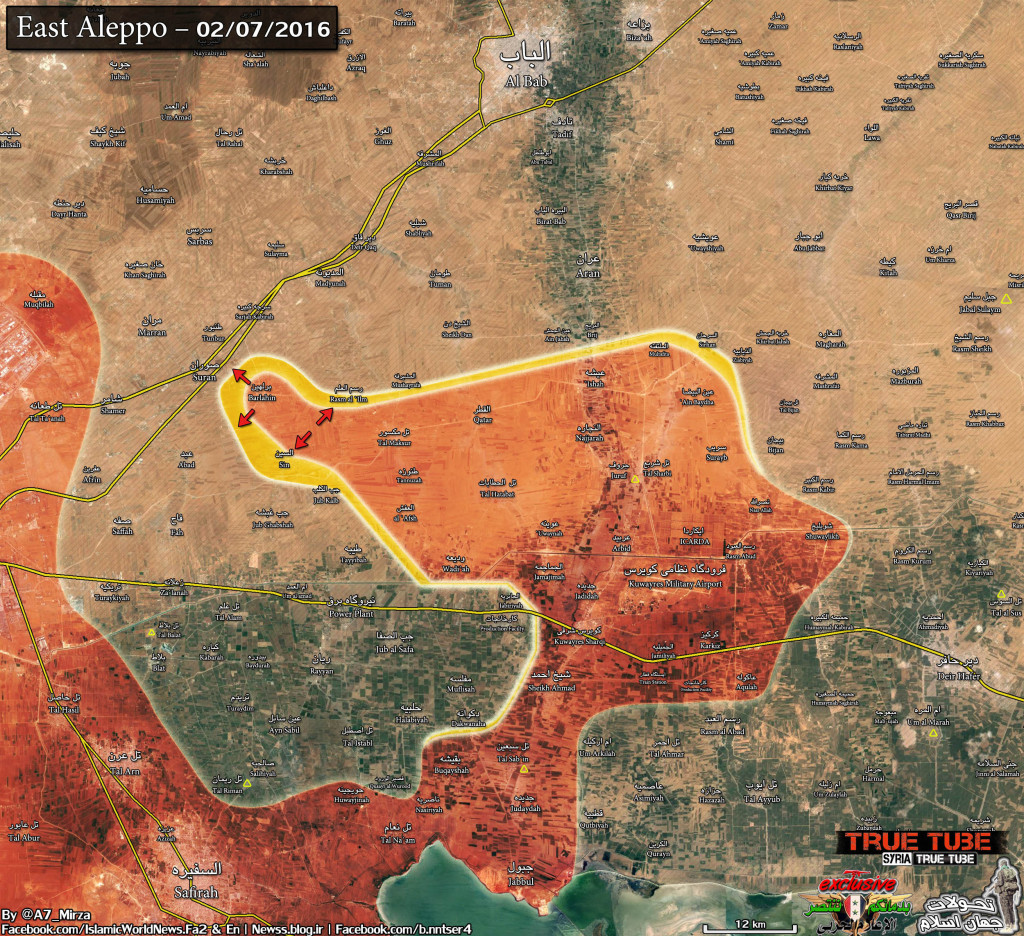 Meanwhile, number of refugees heading for Turkey border nearly doubles, 35,000 in the past days.