Though some pundits have noted the administration is looking for a “distraction” and way out of the nation’s corona-crisis, perhaps eager to claim an easy ‘victory’ prior to November on the foreign policy front, it does look as if things in both the Persian Gulf and even Caribbean (where 5 Iranian fuel tankers are inbound to deliver gasoline to Maduro’s Venezuela) are heating up and set for violent showdown.

Amid an exchange of heightening threats and counter-threats between Tehran and Washington, Fox News reports that an elite US Marine unit is conducting ongoing ‘live-fire’ drills in the Persian Gulf. This is a clear “message to Iran” reports Fox’s Lucas Tomlinson. US Marines in live-fire drills in Persian Gulf, via FOX.

He further describes: “The live-fire training began on same day U.S. military warned Iran to keep back 100 meters from its warships after harassment by small gunboats from Islamic Revolutionary Guard last month.” US Marines in live-fire drills in Persian Gulf, via FOX.

Days ago, on May 19, the US Navy issued an alert which Reuters described as “aimed squarely at Iran”.

It warned that all ships in the gulf must stay at least 100 meters away from U.S. warships or risk being “interpreted as a threat and subject to lawful defensive measures.”

“Armed vessels approaching within 100 meters of a U.S. naval vessel may be interpreted as a threat,” the official maritime alert said.

Reuters noted further, “The Pentagon has stated that Trump’s threat was meant to underscore the Navy’s right to self-defense.”

This was after multiple filmed incidents involving Iranian naval ‘fast-boats’ in high-risk maneuvers near American ships, aimed at harassing the US presence. Via Task & Purpose: “The US is using AC-130 gunships to blow targets out of the water in a clear message to Iran.”

As we’ve underscored before, a number of indicators suggest we are in for another hot ‘tanker war’ summer in the Gulf, akin to last year’s tit-for-tat escalation.

But this time around the potential for a major conflict is even more likely, given the US killing of IRGC Quds Force commander Qassem Soleimani in January, which has significantly raised the stakes.

Stupid Americunt cowardly arseholes playing Hollywood heroes for domestic PR as the morons die like rabid dogs. Last time they got too close to Iran, this was the final result. 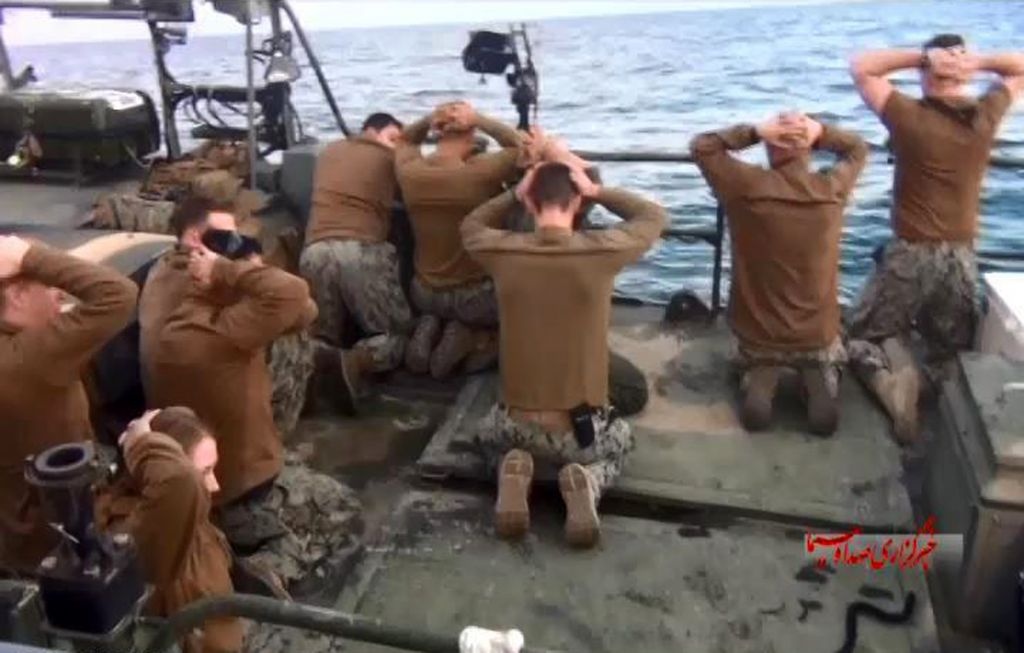 One of the 6 CH-53 helicopters left behind by fleeing Americunt “elite troops” in 1980. The Iranians have upgraded all of them and are still using them. America’s elite delta force had lost eight men, seven helicopters, and a C-130, and had not even made contact with the enemy. It was a debacle.
It defined the word “debacle.” 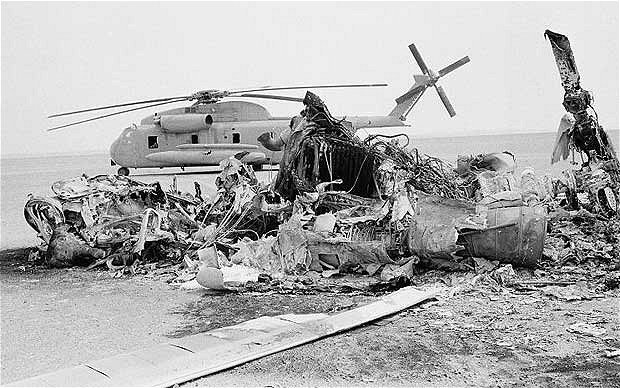 this failed operation still haunts US to this day, and most likely always will hahahaha

I have some real world news for this so-called “elite marine unit’ – stay off your idiot cell phones or you may end up shooting each other. You’re not intimidating anyone, so go home before you end up looking real stupid….. again.

Just burning through ordinance ordinance to help prop up the US economy.

It’s not like after 40 years of this BS year in year out the Iranians are going to be “shocked and awed” by US awesomeness and start clamouring for levis jeans, coca-cola and rock and roll.

This is for domestic consumption …. the deplorables who still get ‘shocked and awed” by US awesomeness despite never winning a war and are happy to spend their grandchildren’s hard earned money keeping the USA safe from iranian invasion and put their own levi jeans, coca-cola and rock and roll on mastercard.

Did you notice that these raving lunatics compare a few unarmed commercial tankers with armed-to-the-teeth warships and call it “Iran’s highly provocative move”?

I mean all of them, including the bi-polar ZH which is currently in over-drive in its Sinophobe ranting.

What happens when u paint Israels flag black & red

don’t know but will have to try it out. something nazi-like I s’pose.

The deplorable assholes who ordered Ruby Ridge and the Waco massacres later took complete control of our government. Now we bring the massacres to the world. We had a chance to stop them in the 90s but the economy was too good and people were making too much money to care. Now America is a rogue state that the world hates.

In a show of force out from a position of strength, US military most hardcore bad arses demonstrated what we are capable of against ANY dictatorship country.

Our fully equipped boys dropped out from AC-130 Stealth Hyper Super Gunships in the American-Persian Sea, swimming 10km to the Iranian coast and took over an Iranian beach.

With invisible coating our boys walked directly into an Iranian IRCG base, farted and returned back to our home base without a single scratch to show our back to Iran and send a clear signal to Tehran.

Let this be all of you guys a lesson until next time.

US will get it ass completely handed to it if it ends up in a war with Iran, these “live fire drills” are totally useless and do not even scare Iran, US should be ashamed of themselves for even thinking of the idea

Iran doesn not need to ‘defeat’ the U.S.

It is enough to ‘make her bleed’ and allow nature
to take its course.