Every single foreign intervention has made the Middle East reconfigure itself against the interventionists. It has harshly counter-attacked, creating the opposite of the insurgents’ desired effect. When we look at recent history (the last four decades since the PLO was expelled from Lebanon), the list is cataclysmic. We find the formation of Hezbollah, Hamas, al-Qaeda, ISIS, the ousting of the Taliban regime, Saddam Hussein, Moammar Ghedaffi, the attempt to topple the Syrian President Bashar al-Assad, the attempt to divide Iraq, and the war on Yemen. The list bears witness to the unbelievable resources brought to bear by the US, Israel, Europe and their Middle Eastern allies in attempts at “regime change”, and their total failure at creating a “new Middle East”.

In fact, they have managed instead to create generations of powerful non-state actors (or quasi-state actors). They strengthened Iran’s influence in the Middle East and brought Russia back into the international arena after the lull of Perestroika. But they have wrought huge destruction, completely destroying the basic infrastructure of many countries and severely regressing this part of the world, creating more migration, misery, lack of services, trauma- and anger toward the west. A huge amount of money has been paid by Middle Eastern countries, mainly at the request of and with the agreement of the US, debilitating Middle Eastern inhabitants and governments with one clear result: a poorer, unstable region- and hostile to the West.

Israel’s invasion of Lebanon in 1982 (successful in its objective to remove the “Palestinian Liberation Organisation” (PLO) a state within a state) helped gaving birth to an organised irregular army called Hezbollah, the “party of God”. Lebanon was under the control of the Christian Maronites on one hand and the Palestinians on the other. The PLO and other minor Palestinian groups had attacked Israel sporadically from South Lebanon with blind soviet-made rockets (Katyusha) or even with a timer linked to small calibre blind-rockets abandoned in an olive-grove or orange field in the south of Lebanon, directed and launched in the direction of Israel.

Tel Aviv’s erroneous assessment was that they could create a “friendly, obedient, powerless Protectorate” (Lebanon) on its northern border. Israel intended to force the hand of Lebanon’s leadership to sign a peace treaty with Israel and be totally submitted to its will and expansionist plans. The PLO was headed by Yasser Arafat, a man with pragmatic objectives who enjoyed a bouquet of contacts around the Middle East and the world. Because he was financed by several Arab countries, their leaders had influence over his decisions and the organisation was so corrupted that it, in fact, represented no real danger to Israel. Arafat was ready to sign a peace agreement with Israel (which he did years later) and was a secular leader far removed from any real ideological belief.

The PLO was kicked out of Lebanon, paving a clear road for Hezbollah to blossom and gather strength. Throughout the years, Hezbollah learned to tackle internal politics and managed to earn the “hearts and minds” of the population because it was not a body alien to the Lebanese Shia community but an inseparable part of it.

In 1992, wrongly misunderstanding the organisation, Israel assassinated Sayyed Abbas al-Moussawi and members of his family, the Hezbollah leader who acted as its theological guru, father figure and modest commander. Tel Aviv believed it was crippling Hezbollah, thinking its leadership was pyramid like. But Sayyed Abbas was replaced by the cunning and charismatic warfare psychologist and innovator Sayyed Hassan Nasrallah who took the group to a disproportionate size and transformed it into a very powerful organisation.

Under Sayyed Nasrallah’s command, Hezbollah grew stronger than the Lebanese Army and all domestic security forces put together. Today, the organisation has solid fuel precision missiles, laser-guided anti-tank missiles, precision anti-ship missiles, guided anti-air missiles and several thousand well-trained and disciplined Elite Forces. It has social infrastructures, a hospital, schools, a bank, organisations to support orphans, widows and martyr families, electricity supply generators in the south of Lebanon and the suburbs of Beirut, and several municipalities under its direction.

In 2005, following the assassination of the member of the parliament and ex-prime minister Rafiq Hariri, the US believed it was taking back control of Lebanon and managed to force a Syrian withdrawal from Lebanon, ending the so-called Syrian political and military hegemony. But by elbowing the Syrians out, Lebanon became a loose cannon, with no Maestro to think twice before unleashing hell against Israel, or allowing a group like Hezbollah to do so.

Moreover, without Syrian intervention in the Lebanese government, Hezbollah is today part of the Parliament and enjoys over 18 Ministers in the actual government who support its strategic objectives to use military force against Israel in case of war, and to maintain its advanced “balancing-factor” weapons to prevent Israel from lightly choosing war.

Also, the 2006 war “to destroy Hezbollah” created an unprecedented military supply chain from Syria to Hezbollah during the course of the war. Hezbollah learned how to use the lethal Russian anti-tank laser guided “Kornets” in few hours and managed to prevent Israel from reaching its objectives. Hezbollah grew stronger and resupplied its arsenal with weapons appropriate to the lesson it learned from the 2006 Israeli war.

On the 12thof February 2008, Israel assassinated Haj Imad Mughnniyah, aka Haj Radwan, who occupied the position of vice head of the Jihad Council. He commanded the “army”, the military innovation, the foreign intelligence service, the support of the Iraq and Palestinian resistance, and so many other dossiers- all in the hands of one man. His assassination was a real hit to Hezbollah. Nevertheless, Sayyed Nasrallah distributed all Imad’s functions to half a dozen commanders who were already within the organization. These have managed to increase Hezbollah’s strength and performance as seen in Lebanon, Syria and Iraq. Hezbollah leadership is of horizontal governance where no one is indispensable.

Despite the objections of many countries, Hezbollah imposed a Christian “President of the Republic”, General Michel Aoun. It defended the Sunni Prime Minister Saad Hariri during his abduction in Riyadh by Crown Prince Mohammad Bin Salman and insisted on his nomination in the actual government. It has accepted an inferior number of Ministers in the new government (even if the quota allows it to nominate more Ministers). It has forced a Sunni Minister into the government, representing Sunni minorities, and has a Health Minister (among others) chosen by its command.

Hezbollah doesn’t hide the fact that its Medicare bill is very high. This is not only due to its involvement in Syria and the casualties inflicted upon its members (that actually represent a very small percentage of its expenditure). It is mainly due to the tens of thousands of families enrolled in its private free of charge Medicare system offered to whole families of militants.

Moreover, it has to concern all Lebanese citizens without exclusion because the price of imported medicine is ridiculously high, due mainly to a monopoly system (lack of competition) and corruption: the same medicines manufactured in Turkey, Syria or Iran cost little in comparison to the Lebanese market price.

These interferences throughout the years in the affairs of Lebanon leave no doubt: they were counter-productive for the interventionists and were greatly to the benefit of Hezbollah, its allies in Iran and the “Axis of the Resistance”. It would have been much better to leave the Middle Eastern countries to evolve at their own speed and choose their ruling system without outside intervention.

The US and its allies can never intervene successfully in the Lebanon or any other country, especially in the Middle East, unless they find local support and the domestic will to accommodate Washington and allow its establishment to play around with the destiny of the country. This can and will cease the day local populations become aware of the foreign meddling.

The Hezbollah model is now growing from Iraq to Yemen and that is only way to get rid of the Americunts and Zionist parasites from the region. Bleed them with a death of thousand cuts.

“This can and will cease the day local populations become aware of the foreign meddling.”
What???
How could the locals NOT be aware of foreign meddling after Syria, Libya and Iraq???
This threw me off.
I wonder why the US holds so much power..
It is a war economy that serves AIPAC. And after the Warsaw meeting it is clear Bibi, psycho Johnny and Pompous ass are trying to bully other countries into war on Iran. Sheldon Adelson foreign policy and they WILL start it before Trump’s next two years are up because they believe this is their only chance.
Bibi is a raving lunatic, with paranoid delusions about Iran, however war on Iran is war on Hezbollah too a big mistake.
Israhell didnt learn from 2006, did they? Gross incompetence and corruption will do Israhell in.

Folks get the power structure of the evil right…

its british elite on top…followed by khasarian jews….and way behind the stupid degenerate U.S. puppets!!!! 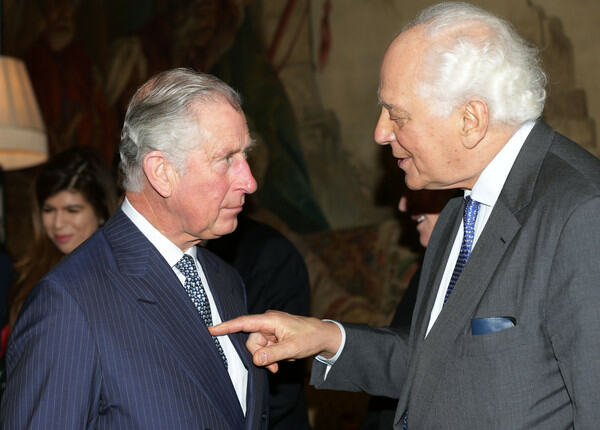 It is the same old slogan ‘the West should stop’; question really should be is when is the ME going to stop the West. If they don’t like it then do something about it, start by hunting down your traitors.

as long as the squatters on palestinian land is allowed to continue to squat,there will be unrest, murders and more thievery so to end this sad situation, evict the squatters, discontinue what is now called israel and which basically is an illegal settlement (since the british in 1917 had no right to allow the jews to settle in palestine) and return the land stolen by the thieves to the palestinians!

a three point schedule to finish off the criminal squatters now.

a) any country that at one stage recognized israel is free to de-recognize israel since the first step, ‘the recognition’ was given on the understanding that israel should become a law abiding country respecting human rights and values and abide by the Balfour declaration, viz ” it being clearly understood that nothing shall be done which may prejudice the civil and religious rights of existing non-Jewish communities in Palestine,”and since the squatters are in breach of every aspect of the united nation’s declaration of human rights/values, it is an obligation of any country that once recognized israel to now de-recognize it and thus remove the legal justification for its existence.’

this is a start so convince governments around the world that this will end the misery caused by the squatters on palestinian land.

If you can find out who created (really) the following; Hamas, al-Qaeda, ISIS…..you will understand what is going on a little better and YES, inclusive of HAMAS.

Not as long the Arabs are fractured, ruled by corrupt puppet western imperialist installed regimes and above all have OIL. The west and its Zionist parasite will keep on destabilizing the region. Sad fact.