The ministers of Foreign Affairs of Ukraine, Germany, France and Russia discussed political settlement in the Donbas region. 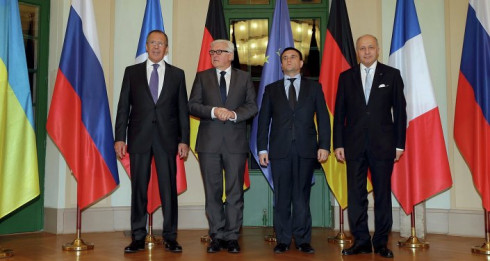 Last November 6th , in Berlin, a new briefing among the members of the so-called Normandy Four took place once again to discuss the situation in East Ukraine, more accurately, the political situation and further settlement of the region.

Ukrainian minister of Foreign Affairs, Pavlo Klimkin inferred that in case that elections take place in the Donbas region (DPR and LPR), they should be carried out under the terms set in the Ukrainian legislation and in accordance to the norms of the Organization for Security and Cooperation in Europe (OSCE) Office for Democratic Institutions and Human Rights (ODIHR). Elections would have to be organized by the Central Election Comission.

For this reason, Klimkin stated that the presence of the representatives of international organizations is absolutely essential in Minsk to take part in the different working groups regarding Ukrainian conflict.

Another meeting of the Normandy Four will take place by yearend.