Head of the French National Front and presidential candidate, Marine Le Pen, believes that Brexit would have a domino effect across the EU.

The UK decision to leave the EU would have a domino effect across the bloc, head of the French National Front and presidential candidate, Marine Le Pen, said on January 21 in the German city of Koblenz, speaking at a gathering of French, German, Italian and Dutch right leaders, who met under the slogan ‘Freedom for Europe’ with the aim to strengthen ties between their parties. The statement was made one day after US President Donald Trump’s inauguration.

“The key factor that is going to set in course all the dominos of Europe is Brexit. A sovereign people chose … to decide its destiny itself,” Le Pen said. “The second coup did not come long after: the election of Mr. Trump to the presidency of the United States … his position on Europe is clear: he does not support a system of oppression of peoples,” she added.

“2016 was the year the Anglo-Saxon world woke up. I am sure 2017 will be the year the people of continental Europe wake up,” the French presidential candidate added. “We are experiencing the end of one world and the birth of another.”

“I don’t say every country has to leave the euro… But we have to leave the possibility if a country wants to leave,” Le Pen said. 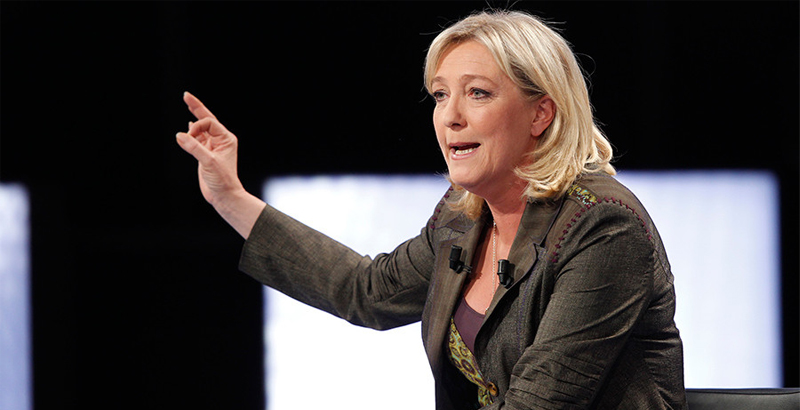 The politician also noted that the election of Trump was a “bigger embarrassment” to neo-liberals and called on European voters to steal a page from the book of Americans and British and “wake up” in 2017.

On Monday, the Times of London and the Bild newspapers published a joint interview with Trump, who said that the EU had become “a vehicle for Germany” and predicted that more members of the EU would vote to leave the bloc as Britain did last summer.

The arrival of record numbers of refugees, high unemployment and austerity, as well as terrorist attacks in France, Germany and Belgium made voters to become disillusioned with traditional parties and allowed populist anti-immigration parties to rise across Europe.