An interesting Russian look at the Obama presidency. 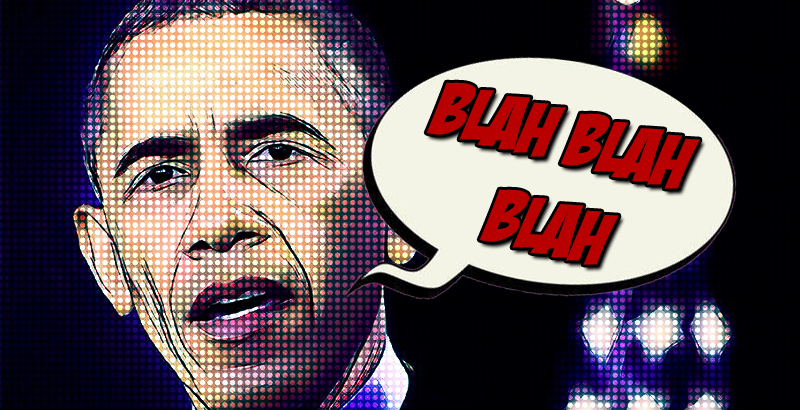 The one who is guilty for the problems of the Russian economy, health and education, is leaving. He conspired with sheikhs and reduced the oil price to cause problems for us with the budget.  We did not want Crimea, but we had to take it because if we did not, then NATO would have taken it and then the Apocalypse would have come. He incited our ordinary and good people to piss in elevators and break lights in the entrances of buildings. He got them drunk with chemicals for cleaning bathtubs and gave them syringes with drugs. He created Islamic State (forcing Russian supervisory authorities to monitor whether we did not miss to say that “this organization is prohibited in Russia”, spending resources on paper, words and air time) and taught Islamic State to trade in oil. He sowed “color revolutions” so we could reap storms, but we managed and captured Aleppo.

We will miss this man

At the beginning of his term in the presidency he looked like a grownup who learned at the “workers’ faculty” of Harvard, a character from “Uncle Tom’s Cabin”. One dear, lop-eared good guy, with a not-bad-sense-of-humor, a product of previous continuous care under the slogan “Workers of all countries unite”.

Obama’s policies towards Russia were equally incomprehensible from any angle, be it “pro-Russian” or “anti-Russian”. On the one hand, there was an attempt to recharge; on the other hand, unfortunate from a diplomatic standpoint, was the bet on Medvedev and the demonstratively expressed reluctance to Putin’s return to the Kremlin. On the one hand, weakness and backing off (as the hawks see it) in respect of Moscow; on the other, a series of completely unnecessary confrontational attacks against Moscow and personally against Putin. It’s true that the relations between Putin and Obama did not go well right from the start. Putin believed that the US president was “false” and definitely did not like how he moralizingly waved his finger at him at personal meetings. Something like the opinion expressed in the address of the Minister of Foreign Affairs of the United Kingdom by our manufacturer of witty phrases, Sergei Lavrov: “Who are you to teach me?” And last, the Obama administration decided to shoot it straight from the Russian track, blowing up the hacker scandal, causing something like a new “Watergate”, handing another portion of anti-Trump sentiment to the media. It was a paradox – a part of the ruling elite in America openly undermines the legitimate victory of the new president, calling it “the work of the Russians”.

But the essence is not in it; is there any evidence at all in the published report of the intelligence community? As a matter of fact, there isn’t. There are some attacks and assumptions that resemble a text from the press, manufactured by “copy & paste”. Exaggerating the sinister role of RT does seem phantasmagoric. It is possible that the secret part of the report contains accurate facts about the hacker attacks, but this is not evident in the reaction of the Congressmen. More important here actually is the main message of the actions of Obama: Putin’s Russia is an enemy and there should be no recharging. The hacker scandal is another bubble of the Obama administration, and then everything else follows. If a while ago they had treated the Chinese hackers’ activities with such pathos, now the relations between the two countries would be entirely hostile. If Nixon was so “demanding” toward the Brezhnev regime, there would be no détente, nor disarmament. The outgoing US administration, under the influence of personal insults, is trying to put US-Russian relations in such a trap that makes it impossible to improve them. And for starters, the approval of Rex Tillerson’s candidacy as Secretary of State in the Senate began with torpedoing, accusing him of sympathizing with Putin.

Often such surveys on management mandates of presidents or governments of other countries sound like: “You see the mote in your neighbor, and do not see the beam in your eye”. But the thing is that the methodology of such surveys is, in most cases, universal. We can answer that when the end of the presidency of Vladimir Putin comes, we must recapitulate it with the same methodology.

A badly-written (or maybe just badly translated) article. A few interesting nuggets of information in there; but overall both the language and the reasoning are too tangled and convoluted.

Yeah, I believe people can get an intellectual summary of Obama’s presidency in other ways than from a russian article translated first into bulgarian and then into english.