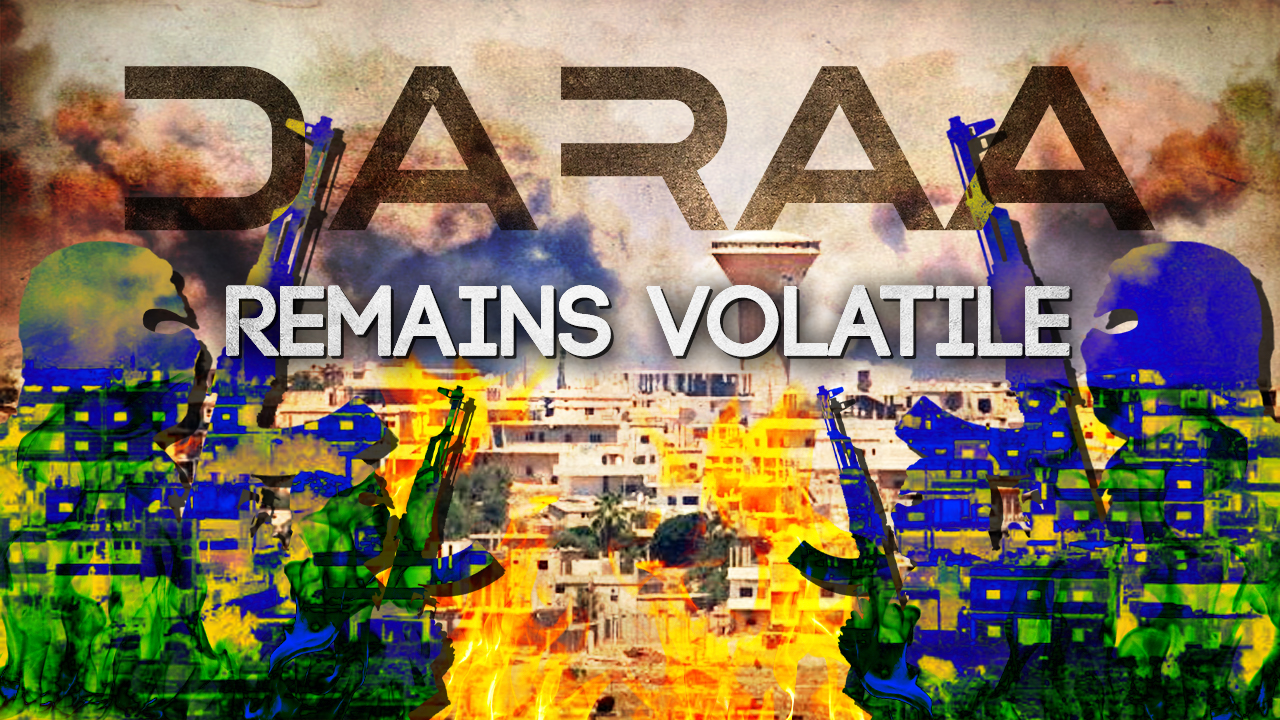 On June 28, eight people were killed in two separate attacks in the southern Syrian governorate of Daraa, where the situation remains unstable.

In the early morning, unidentified gunman attacked the house of Kamal al-Atma, the former Secretary of the Baath Party branch in Daraa, in the town of al-Sanamayn in the northern countryside of Daraa.

The attack claimed the life of Kamal and four of his close relatives, who were identified as Khaled al-Atma, Mahmoud al-Atma, Ahmed al-Atma and his son Zakaria. Two other members of al-Atma family, including the wife of Kamel, were wounded during the attack.

Just a few hours after attack on al-Atma family house, unidentified gunmen shot and killed three soldiers of the Syrian Arab Army (SAA) on a road between the towns of Jasim and Nawa in the western countryside of Daraa.

The three soldiers were identified as Ibrahim Ahmed a-Nashi, Elias Youssef al-Nashy and Muhammad Ghazi al-Arar from the town of al-Nasriyah which is located near Jasim and Nawa.

The two attacks highlight the bad security situation in Daraa. Last week, two officers of the SAA’s 112th Brigade were killed in the western countryside of Daraa when their vehicle was targeted with an improvised explosive device (IED). Five officers of the Air Force Intelligence Directorate were wounded as a result of another IED attack that took place in Daraa city.

Terrorist groups, first and foremost ISIS, were reportedly behind the recent attacks in Daraa. Syrian government forces are yet to address the threat posed by terrorist cells in the governorate.

Its a contested area and no Assad possetion. Maps should show that. Who says it was ISIS.