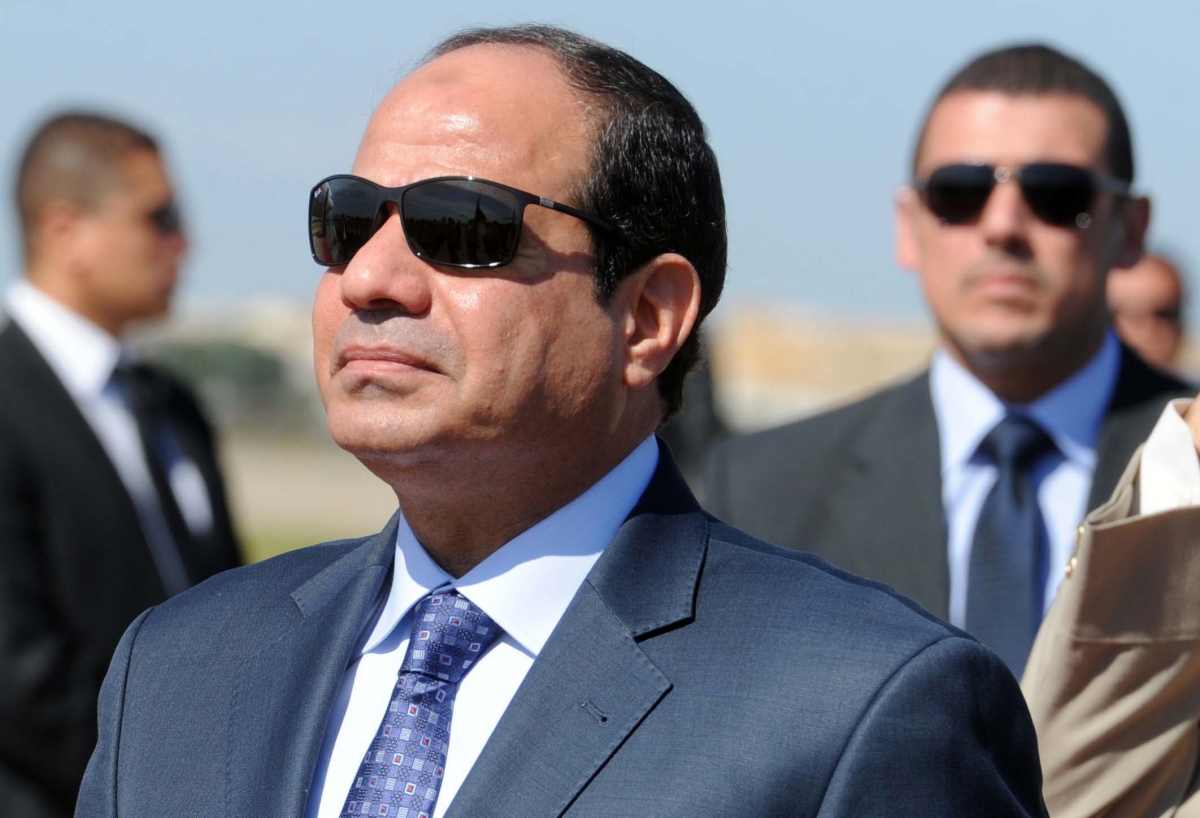 There should be a support for the Syrian, Libyan, and Iraqi armies in their battles against terrorists, Egypt’s President, Abdel-Fattah Al-Sisi said in a live television interview with RTP TV on Tuesday.

“There should be international support for the Libyan, Iraqi & Syrian national armies to ensure security in their countries,” Sisi said.

Sisi rejected the idea to deploy Egyptian troops to assist the Syrian government, adding that he believes the Syrian army has to bring back security to the country itself.

The Egiptian president vowed to to deal seriously with terrorists in Syria and to disarm them, in order to preserve the unity of Syria and to rebuild the country.

“Syria has been for five years suffering a deep crisis. Our stance is that we respect the will of the Syrian people,” the Egyptian president said, adding that the political settlement will be the best way to solve the conflict.

A little disappointed he will not aid Syria at this critical point in time , but at least he calls for others to help . As America is displeased about losing its Muslim Brotherhood foothold in Egypt , I’m sure he knows he is high on the “to do” list .

MB was created in Egypt with some nut case teacher getting help from British intelligence In the 1920s. They jump the show to Saudi Arabia where Wahabbist and MB combine . Islam’s in house rilvarly didn’t need this added. Muslims have burned their world down around them. Christians did that to themselves since the Church split and later the Catholic Protestant 100 years wars…50 years wars…Yada Yada.

The Movie…The Last Valley with Michael Caine is about hired Mercinary who butcher To the highest bidders bidding. One year attack Protestants. …2 years later…attack Catholics. The Mercs are both Catholic and Protestant. ..

Kinda reminds me of today where Muslims just butcher under cover of Rehtoric. Stoned on Captigon. ….such pure warriors for Allah (sarcasm)

If one lives in a part of the world where religion is not burning everything down around you.

You are living the good life for sure : )

Syria does not need the internationalization of its internal conflict. It’s sovereign state and it can deal with it with help of its allies. It’s dangerous proposal that would lead eventually to its fragmentation and the loss of its sovereignty. Silly Saudi puppet. Has he forgotten that Egypt and Syria were one country once upon time,