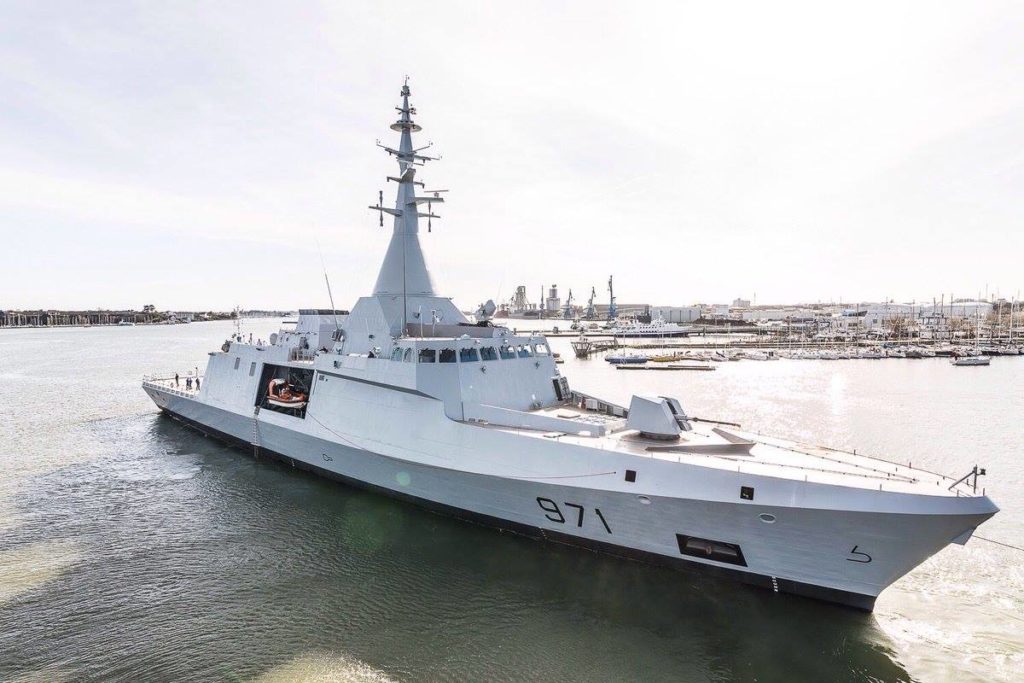 Based on an article of BMPD blog

The building contract for four Gowind 2500 corvettes was signed in July 2014. It was signed by the Egyptian Navy and French naval building company Naval Group (then known as DCNS) for approximately 1 billion euros without missile weaponry. According to the contract, the lead ship was constructed entirely at DCNS’s shipyard in Lorian. The other three ships in the series are to be finished at the Egyptian Alexandria Shipyard with Naval Group’s involvement. They are due in 2018-2019. The contract also includes an option for two more ships which are to be constructed in Lorian if the option is exercised. However, there is no confirmation whether the option has been exercised yet.

In turn, on April 16, 2016 keel laying was conducted for the second Corvette (and the first that’s being constructed in Egypt) at Alexandria Shipyard in Egypt, although as of now the shipbuilding is being slowed down.

While regular crew is 65, the corvette can accommodate 15 more people (for example, a helicopter detachment or a special forces unit that can use the two 6,5 m. (~21 ft.) lifeboats)

Egypt is the second country to order a Gowind corvette after Malaysian Navy signed a contract with Naval Group (DCNS) for six corvettes for $2.8 billion. Malaysian ships are constructed at a Malaysian Boustead Heavy Industries Corporation Berhad (BHIC) Lumut Shipyard with Naval Group’s involvement. Malaysian lead ship Maharaja Lela was started there at the end of 2014, and was launched on August 24, 2017. She is expected to start active duty in April of 2019.

Both corvettes (Series Gowind 2500 EL FATEH and South Korean Shabab Misr) are expected to arrive in Egypt on 21st of October — Egyptian Navy’s anniversary — and then be inducted into the navy.