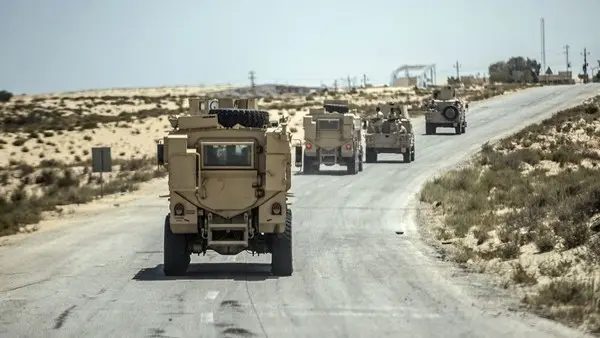 Egypt’s military has killed at least 70 terrorists in Norther Sinai over the last 6 weeks, it said on August 31st.

A statement by the Egyptian army said that the operations had targeted alleged “homes of terrorists” and “takfiri elements” leading to “the deaths of 73 takfiris in northern Sinai” between July 22nd and August 30th. Takfiri is an insulting term used to refer to jihadists.

During the clashes “three officers and four soldiers were killed or wounded,” the statement said.

No other details of the operation were provided.

The military subsequently announced the launch of wide-ranging counterterrorism measures in the Sinai Peninsula and parts of the Nile Delta and Western Desert.

More than 930 suspected militants have been killed in the region along with dozens of security personnel, according to official figures.

On November 24, 2017, the Sufi al-Rawda mosque in the town of Bir al-Abed, North Sinai Governorate, Egypt was attacked by around forty gunmen during Friday prayers. The gun and bomb attack killed at least 235 people and injured more than 120, making it the deadliest terrorist attack in Egyptian history.

This attack is the primary reason for el-Sisi ordering the Egyptian military to cleanse the area of North Sinai from jihadists.

Despite killing nearly a thousand terrorists, ISIS continues operating and carrying out attacks in Egypt.

On May 1st, 2020, ISIL claimed responsibility via its Amaq News Agency for a bombing that killed and wounded several Egyptian Army personnel near the city of Bir al-Abd in North Sinai Governorate.

In retaliation, Egyptian police managed to kill 18 extremist militants in a raid in northern Sinai Peninsula.

Well, some kind of retaliation coming from Egyptian military was expected to happen…

Good job Egypt ! Time to rump up the intensity of the game !

Hope they kill even more.