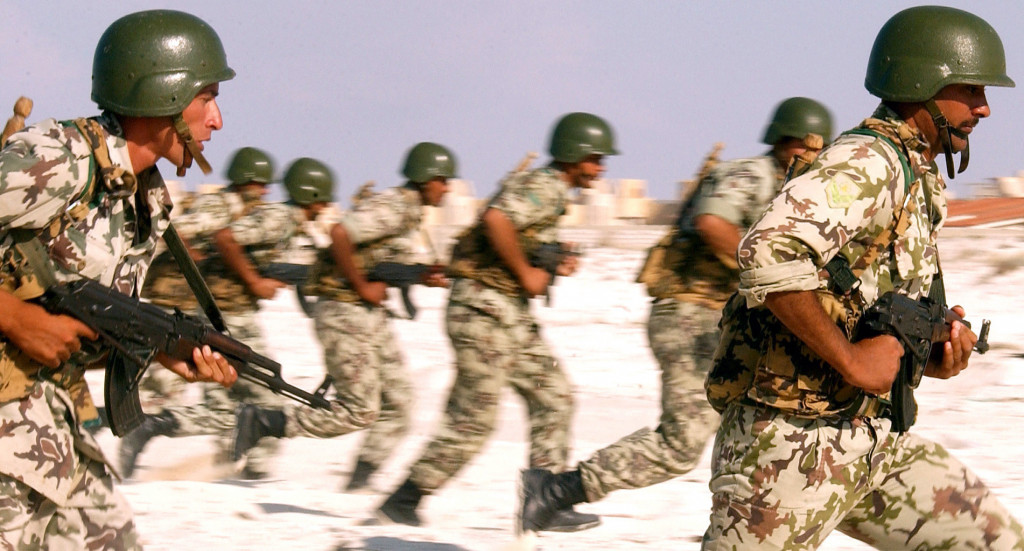 The Egyptian Armed Forces (EAF) and allied tribal forces eliminated three commanders of ISIS during a recent raid in the Sinai Peninsula, the al-Arabiya reported on May 14.

Tribal sources told the UAE-based news channel that one of the commanders killed in the raid was Jamil Suleiman Zare’i, known by his nom de guerre “Abu Anas,” who is responsible for the 2004 Sinai bombings. The terrorist attack claimed the lives of 34 Egyptians and foreign tourists and wounded more than 170 others.

Abu Anas was hiding along with the two other commanders, one of them being his own son, inside a building of the Heath Directorate in the town of al-Maqata near Sheikh Zuweid city in northeastern Sinai. The terrorists had booby-trapped the building.

“Army forces were able to track them [Abu Anas and the two other commanders] down, and upon reaching the building and approaching it, the terrorists opened fire and clashes erupted, as a result the three terrorists were eliminated,” al-Arabiya quoted one of its sources as saying.

On May 11, the EAF announced that at least 23 terrorists were eliminated during recent military operations in the Sinai Peninsula. Seven of the terrorists were killed during clashes with Egyptian troops while attempting to attack a checkpoint near the city of Rafah in northern Sinai. Five Egyptian service members were killed and two others were wounded while repelling the terrorist attack, which was claimed by ISIS.

A few days before, specifically on May 7, the EAF acknowledged that eleven of its service members were killed as a result of a terrorist attack that targeted one of the Suze Canal water pumping stations in western Sinai. ISIS claimed responsibility for the attack.

ISIS recent attacks in Sinai are a dangerous sign of the deteriorating security situation in the strategic region which lays between the Suze Canal and Egypt’s border with Israel.

The EAF, backed by security forces and tribal fighters, dealt some serious blows to the terrorist group’s cells in Sinai. Nevertheless, Egypt will have to adopt a more comprehensive military and security plan if it wants to end the group’s insurgency in the region, which has been ongoing since 2014.