Russia signed an agreement with the Egyptian National Railways for the supply of 1,300 railroad wagons, manufactured by Russian industrial group Transmashholding (TMX), worth more than EUR 1 billion.

The contract was signed in Cairo, the press service of the JSC Russian Export Center said.

The Russian Export Center will participate in the financing and insurance of the contract.

Roseximbank (part of the REC group) and Hungarian Export-Import Bank (HEXIM) act as creditors of the transaction.

Loans are provided under insurance coverage of the national export credit agencies of two countries – the Hungarian MEHIB and the Russian EXIAR (part of the REC group). The first tranche of the transaction will be provided before the end of 2019.

The deliveries of the railroad wagons must be completed by 2022.

The production and supply of wagons is carried out by the Russian-Hungarian consortium Transmashholding Hungary Kft. at the production sites of Tver Carriage Works OJSC (Russia) and Dunakeszi Jarmujavito Kft. (Hungary).

The agreement on the implementation of the project was signed as part of the Russia-Africa summit, which was held in Sochi in late October.

“We expect that this agreement will become only one of the elements in the long-term program of modernization of the Egyptian railways with the help of Russian technologies, assisted by Russian and international financing. This agreement indicates not only the active development of cooperation with Egypt, but also the demand for high-tech Russian domestic engineering products in foreign markets”, Russian Export Center General Director Andrei Slepnev said. JSC Russian Export Center is a state-owned non-energy export support institution.

Among the clients of Russian Export Center are companies developing innovative security systems and solutions for business in the field of IT, manufacturers of food, toys, cosmetics, as well as large industrial enterprises that supply aircraft, combines, and trucks.

On October 24th, at the conclusion of the Russia-Africa summit Egyptian President Abdel-Fattah el-Sisi emphasized the importance of strengthening Egypt’s partnership with Russia, and Russian President Vladimir Putin described Egypt as a “pillar for security and stability in the Middle East and Africa.”

In October 2018, Egypt signed a strategic partnership agreement with Russia, which Sisi described as a “new chapter in the history of bilateral relations between Moscow and Cairo.” Since this agreement, Russia and Egypt have expanded their ties in the economic, security, and diplomatic spheres.

Russia’s economic ties with Egypt have expanded in a variety of spheres. From 2017 to 2018, the value of Russian-Egyptian bilateral trade increased by 37% and this growth has resulted in a slew of new economic deals.

The expansion of Russia-Egypt trade also led to an announcement by the Russian President Putin that Russia was trying to create a free trade area including Israel and Egypt that would resemble its trading arrangement with Iran.

The two countries agreed to reinforce military cooperation, in line with the strategic partnership between them. Presidential spokesman Bassam Radi stated they discussed military and security cooperation.

Sisi highlighted his country’s keenness to strengthen bilateral relations with Russia at various levels, especially in the military field.

Shoigu stressed the need for stronger military and security cooperation between Cairo and Moscow with regard to combating terrorism and extremist ideologies.

The officials also underlined the unity and territorial integrity of regional countries in crisis, mainly Syria and Liby.

“The Egyptian President and Armed Forces are the guarantors of the independent and stable development of the country, curbing the spread of the terrorist threat in North Africa,” Shoigu added.

Egyptian-Russian ties have grown notably, following Sisi’s assumption of the Presidential seat in 2014.

that’s clever by the egyptians – will be delivered on time, will be sturdy and reliable and will be at a fraction of the cost if ordered say from france.

Russia beat out China, Italy, India and Romania for this huge contract. How can that be? I though Russia only made crude farm tractors and rubber boots? That’s what CNN told me.

For my fellow Americans, wagons is the common European term for railroad cars. This contract is specifically for 1,300 modern, air-conditioned passenger cars for 1st, 2nd and 3rd class travel. Earlier this year, Egyptian Railway also awarded a contract for six high-speed trains from Talgo, a big Spanish manufacturer. I’m not sure what the problem was with Egyptian Railway’s older air-conditioned passenger cars. 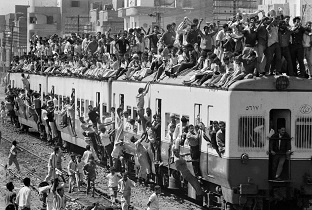 You Jersey city folk are so spoiled in getting around!
In India the passengers are ordered to one side of the train to make the next approaching curve to the right! :D 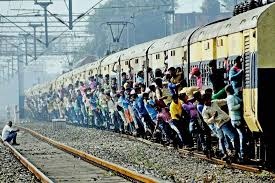 Jersey train conductors absolutely hate parasitic freeloaders and will do anything to scrape them off the sides of the cars. Train stations are a good place to take one off the rails to remove barnacles. People on the platforms know to run away when it looks like a unticketed passenger high-speed removal operation might happen. 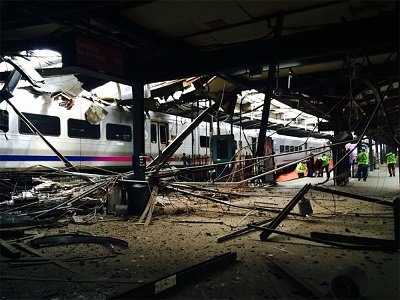