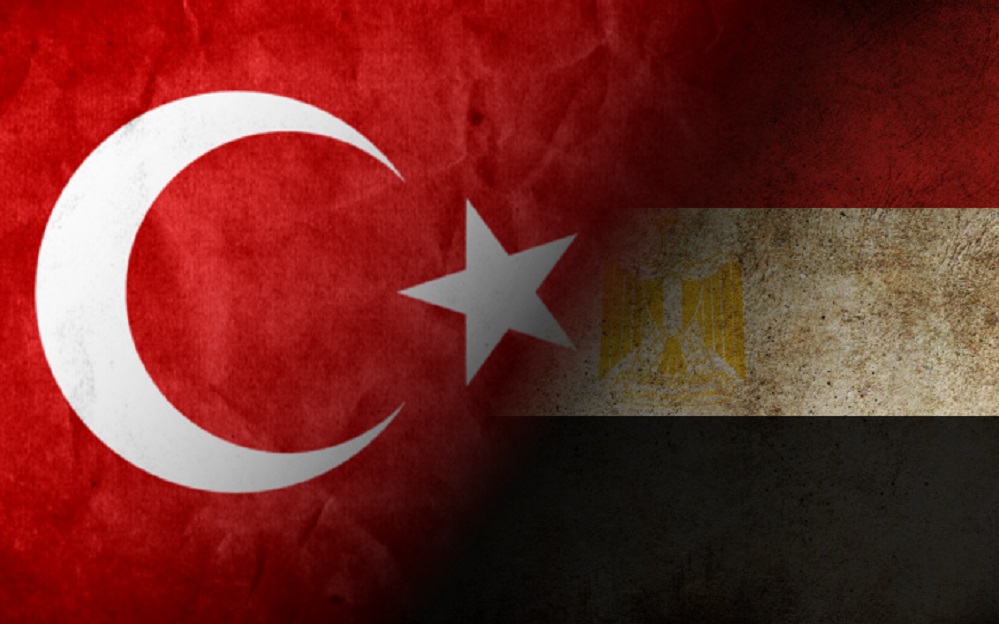 It appears that the coup attempt in Turkey on July 15 and 16 has put a definitive end to Ankara’s efforts to develop its foreign policy success through its strategy of breaking ‘hostile environments’. After resolving several issues with Russia and Israel, Turkey planned to organise a similar breakthrough with regard to Egypt. It was assumed that a representative delegation of the ruling Justice and Development Party would be sent to Egypt as the first test’s step.

However, the coup has changed this scenario entirely. As a starting point, Turkey has had no time to target the ‘far frontiers’, although this is not the most significant aspect. Secondly, Cairo’s reaction to the coup attempt in Turkey has played a determining role. In the early morning after the coup, Egyptian newspapers gloated and welcomed the ‘revolution’ which took place in Turkey, and reported on the displacement of Recep Tayyip Erdogan as if it had already happened.

The Minister of Foreign Affairs of the Arab Republic of Egypt vetoed a United Nations Security Council resolution on the events in taking place in Turkey, demanding a change in the wording of the country’s “democratically elected government.” Later, deputies in the Egyptian parliament voiced the idea of inviting Erdogan’s main enemy, Imam Fethullah Gulen, to immigrate to Cairo. All this, of course, completely buried all attempts to improve relations between the countries and, at the same time, clearly illustrated that Cairo does not seek to normalise relations with Ankara under the current political regime.

Saudi Arabia’s attempts to provide intermediary services for the establishment of Egyptian-Turkish dialogue over several years have failed. Egyptian authorities cannot ignore Ankara’s support of the Muslim Brotherhood, which it considers to be its main opponents as well as being terrorists.

Moreover, Egyptian leaders clearly realise that Turkey and Qatar are the main sponsors of terrorist activities in the Sinai Peninsula. This fact excludes any possibility of rapprochement. The inconsistencies about the Libyan conflict – where Doha and Ankara support Misurata’s clans which are extremely hostile to the Egyptian protégé, General Khalifa Haftar – also remain irresolvable.

In this way, we venture to suggest that these are not the main reasons for a Turkish-Egyptian rapprochement, both in geopolitical and in economic terms. Moreover, it seems that Cairo has begun to practice ‘kick back’ tactics. In particular, representatives of the Egyptian security services have already conducted several secret meetings with emissaries of the Kurdistan Workers’ Party (PKK) in Cairo, aiming to generate ‘algorithms’ for providing a ‘many-sided assistance’ to the Kurds. This wording may imply a training of supporters of the PKK, as well as funding of the party.

“The Egyptian military believes that the normalization of bilateral relations will not take place until the country’s political rule is in the hands of the Muslim Brotherhood”.

This struck me as odd but then was followed up with “Egyptian authorities cannot ignore Ankara’s support of the Muslim Brotherhood, which it considers to be its main opponents as well as being terrorists.” which is more accurate.

Typo most likely, that took me by surprise also.

They probably mean when Egypt is in the Muslim Brotherhood’s hands.

“The Egyptian military believes that the normalisation of bilateral relations will not take place until the country’s political rule is in the hands of the Muslim Brotherhood.” – lol wut? – Please get a second proof-reader for your English translations, they are pretty terrible lately.