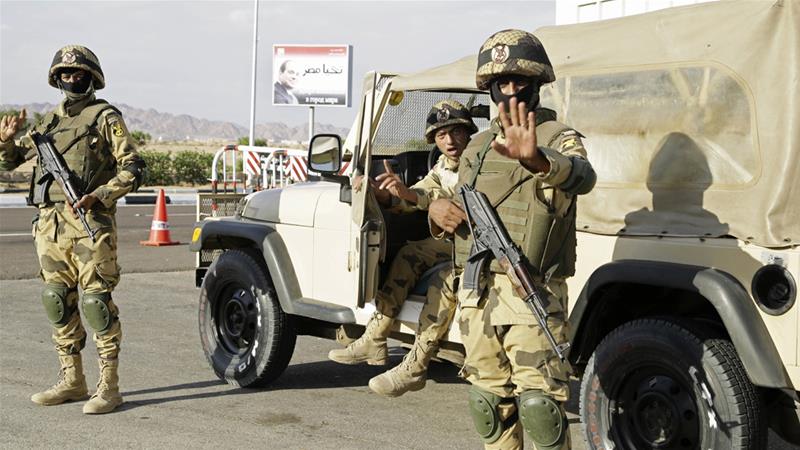 On May 3rd, an anti-ISIS operation was carried out by the Egyptian Armed Forces on the Sinai Peninsula, local Channel 1 reported.

The Egyptian Armed Forces said 126 ISIS militants were killed in 22 raids and 12 operations carried out by the army and police forces in Central and North Sinai.

Also, four officers, three non-commissioned officers and eight soldiers were either killed or injured during the operations, the statement noted, without specifying the exact number of deaths. The total is 15.

Also, the Air Force managed to destroy 228 hideouts that belonged to terrorists and 116 four-wheel drive vehicles, the statement added.

In addition to the 228 “hideouts used by terrorist elements” that had been destroyed, reportedly another 266 “criminal elements” were arrested.

This comes two days after 10 army members, including two officers, were “either killed or injured” in a terrorist attack in Bir El Abd city, North Sinai, according to Military Spokesman Tamer Al-Refae.

In a statement, the Armed Forces said it could seize a number of weapons and explosive belts, which were possessed by the eliminated terrorists.

The Interior Ministry later said 18 suspected militants had been killed in a shootout near Bir al-Abd.

“National security received intelligence about terrorist elements hiding out in a home in Bir al-Abed, where they were planning to launch hostile operations,” the ministry said in a statement.

“Their hideout was targeted and a firefight ensued, which led to the death of 18 [fighters].”

The army could also find and detonate 630 explosive devices that were planted to target the armed forces. The opening of eight tunnels were also discovered and destroyed.

The military publishes updates on its operations in Sinai every few months, without giving a specific time frame.

More than 925 suspected armed fighters have been killed in the region along with dozens of security personnel, according to official figures.

Egypt has been countering terrorism and extremism ideologies over the past years since the ouster of late Muslim Brotherhood President Mohamed Morsi. Several operations have been taking place in Sinai against terrorists, as many Egyptian officers and soldiers have martyred in the battle.

Good job. CIA and Mossad will cry and rage…

Doesn’t matter that much what the body count is. Egypt is going to be fighting guerrillas in the desert forever, and eventually not just in the desert, if the government doesn’t start meeting the needs of the people. They’ll be called whatever’s popular at the moment, whether it’s ISIS or whatever. It’s a corrupt military dictatorship, there’s a ton of poverty but the fat cats have plenty. The country isn’t going to be all that stable unless that changes. For those of you thinking you gotta be on the general’s side because he’s fighting ISIS which the US finds a useful catspaw, think again. Egypt gets tons of US military aid, they’re a staunch ally of the Americans and very friendly with Israel, totally help them starve Palestinians in Gaza by locking down the Gaza/Sinai border. The Americans have rarely met a military dictator they didn’t like.