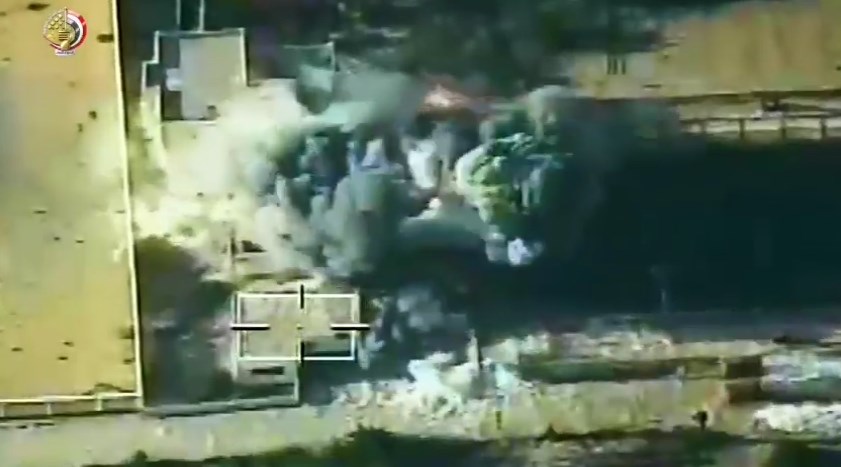 On December 8, the Egyptian Armed Forces announced that they had carried out preemptive strikes on militants deployed near the country’s border, in eastern Libya. According to the military, strikes eliminated 21 SUVs loaded with militants, arms and ammunition.

Actions of Egypt, one of the key backers of the Libyan National Army (LNA), came as the LNA intercepted and captured a Turkish ship – the “Mabrouka”, sailing under a Jamaican flag, in Libyan waters. According to the LNA, the ship was sailing towards the port of Misrata and was supposedly delivering weapons.

“The ship’s crew is made of nine Turks, seven Indians and one Azerbaijani sailor. It is being investigated for its violations of maritime laws and regulations,” LNA spokesman Brigadier General Ahmed al-Mismari said.

Turkey supports the LNA’s rival – the Tripoli-based Government of National Accord (GNA). Ankara regularly supplies the GNA with weapons and equipment, and has deployed its own troops and Turkish-backed Syrian militants to support the GNA.

Earlier, reports appeared that clashes between the LNA and Turkish-backed forces resumed in the south of Libya. This may indicate that the conflict is nearing the new round of escalation.

It was near Sirte, that is Egypts border with Libya now

Egypt has bordee with Turkey now.

Are they gonna make movie next? Good job but still the fuk…

A preemptive strike against the Jihadist is always good. Where they caught grouping up together in the desert near El Alamein? Woops! Even Hurricane tank busters taught Rommel a lesson. :)

Jew maggots LNA, Sisi, UAE and KSA can never be accepted by Turkish, Irani and Palestinian interests, same as the disciples of the homosexual Sid Loder will never be anything other than pox.

So foxy old Putin maybe inviting Erdogan to be busy on several fronts, which would be a challenge. Simultaneous shows starting at once. Idlib, and Libya, and Ukraine, and maybe some expensive rent on the line of control in NK. Putin needs all the work done by proxies (except air in idlib, and maybe Libya). But he can do that. This will test the Turks’ depth.

The NK interface will be an exercise in marginalizing the Turks, imposing expense and humiliation, and drawing Azerbaijan to Russian policy, like expelling the Sunni militias.

The action in Ukraine wouldn’t directly involve Turks but it would put the new alliance in stark relief and expose the Turks inability to assist Ukraine in its interests, whether in the eastern enclaves or Crimea.

The Libya action will tax and test both Erdogan’s logistics and his commitment to GNC. Egypt and LNA will be the proxies.

The Idlib action will be the closest to a direct confrontation between Turkey and Russia. Putin will let the SAA do the heavy lifting on the ground but the air will be all Ruskie. Air defense, if successful by Turks, will risk greater Russian involvement. This will be Turkey’s biggest test, and in a sense, Russia’s also.

If Erdogan keeps Idlib, and GNA holds territory, Erdogan will emerge stronger. A big defeat in either arena will deflate his Ottoman Empire vision substantially. So he’ll have to go all in.

In the Allepo and al-Hasakah action Putin would hope to get US proxies and Turkey in hot and distracting hostilities. Russia will have no role. If Kurds and SAA can relate, and co-defend, that draws SDF toward Damascus but more importantly taxes the Turks.