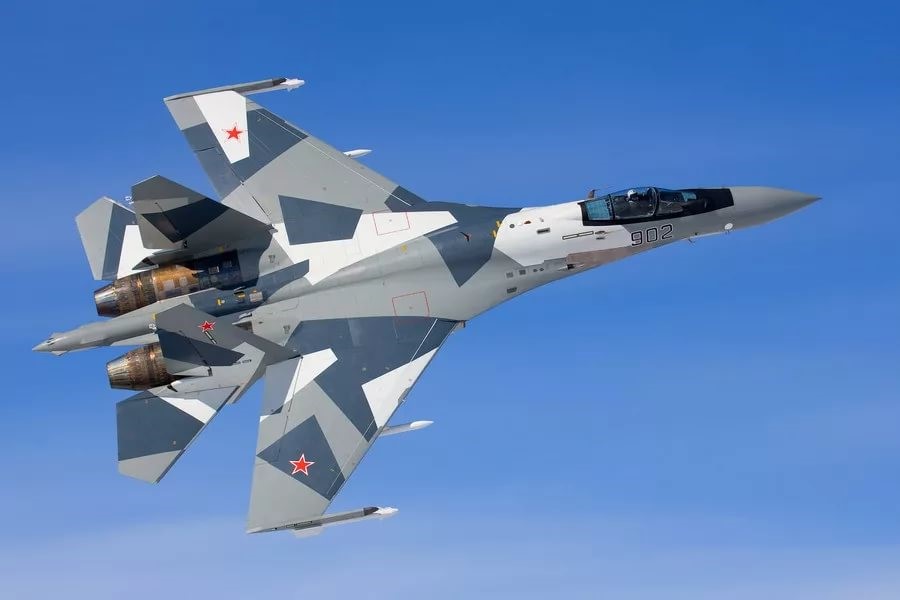 The Russian government has published a draft agreement expanding military cooperation between Russia and Egypt to the next level. According to the published draft, both countries will be able to use each other’s air space and air bases for their military planes.

The government decree was signed on November 28. It orders the Russian Defense Ministry to hold negotiations with Egypt and to sign the document once both sides reach an agreement. The decree said the draft had been “preliminary worked through with the Egyptian side” and approved by Russian Prime Minister Dmitry Medvedev.

Earlier this year, rumors appeared that Russia may get a military base in Egypt and has deployed special forces in the country, near its border with Libya. The both allegations have not been officially confirmed.

Russia is beginning to establish a firm foundation in Africa, being close to the Libyan border will enable them to deal with ISIS vermin as they did in Syria, and counteract NATO ambitions for North Africa.

The Saudi and Israeli regimes will be choking on their bagels today :)

Its true as well I suspect. I can hear the Head Banging and Wailing from here :)

Excellent development! Russian and Egypt getting ready to assist the Libyans destroy ISIS one more time inflicting yet another defeat on the Zionist International Bankster – Corporatist Cabal. Let it roll!

Lool. in other words it means the Russians has green access for invasion and fighting the groups in Sinai whom were not in that many numbers to begin with. They are less then 2-3k

Its not about Sinai insurgency , really its about the Libyan conflict

There is no insurgency in Libya except two democratic factions going at it for tribal or regional reasons. Libya is over and there is really nothing there to come after.

It’s about the 2-3k in Sinai nothing else really

Lmao. What makes you think the US or Israel is against this.. Stop this delusion. The US is not an enemy of Russia and vice-versa they are allies period.

Did I use the word “enemy”

You presume too much and maybe I touched a nerve in your “Ashkenazi” body ???

you must have a forma mentis by which any country not fighting another in a war is an ally of it. Geopolitically speaking, a 3rd grader could do better.

Well-stated, “John” and we both know “War by Deception” by the Ashkenazi, including by “Mountains”

The US and Russia are co-operating in Syria very effiently and talk to each other everyday. They seem to have the same policy regard the region.

It’s not the cold war anymore. Enemies turned strong allies if you can’t see this then you need help

By Co-operation you mean: ups we armed isis, ups we bombed SAA, ups we’ve been imposing on you economic sanctions since 2014, ups we’ve been deploying whole armed divisions on your western borders, ups I’ve withdrawn from SALTII, ups my navy has ended up in the Black Sea, ups I just fired 105 tomahawks on an SAA operative airport, ups kurdish forces have involuntarily taken control of 50% of syrian oil production…

Err, perhaps you missed the belligerent illegal US occupation of Al Tanf, and US spokesperson’s recent remarks that they intend illegally staying on inside Syria post the ISIS defeat (by SAA). This is hardly mutual cooperation – it is wilful US obstruction and aggression.

must be one of those users typing from alternate dimensions.

I’ve read a theory once that says that all the possible courses of action that do not exist in our reality do in any case exist in some other place.

Sometimes I suspect SF somehow opened a connection to one of them.

Multiverse theory. Don’t be too hard on Mountains. It s completely possible that he’s come from another parallel universe where Russia and the US are in love with each other.

Sure, loads of ‘allies’ have sanctions among themselves. :’)

This just goes to show that the salafists don’t really have much friends except themselves and I mean in the literally form. Like ZERO friends. They are stand aloners in the strongest sense. No government or entity organistions are in support of them except themselves.

Their governments are willing to sign with anyone who can eradicate them. I have never seen in my life a group of people persuaded to this extent.

One thing to keep in mind is that this group of people are totally less then 1mio across all border worldwide. They are a minority of minority worldwide but still persuaded as if they were in the billions which is not the case. This makes me largely curious

The salafists have usa ,israel ,turkey and saud….they are all pals.

I suspect the only reason the Egyptians are cooperating with the Saudi dictators is because the latter are supporting Egypt economically. Like the Saudi people, they depend on these swine. But China already has a major rail project underway near Cairo and Russia has been selling arms to Egypt, incl aircraft. Now THIS. Take that, Saudi swine!

Does this deal include the use of Egypt’s 2 Mistral warships by Russia?