Unmanned Aerial Vehicles (UAVs) have been used for a variety of purposes in the skies above Syria, including: surveillance, journalism, command communication—even humanitarian aid delivery using drones has been purposed.

Similar to the weapons market, different drone platforms are being utilized for different purposes and price points.

In the professional ranks of the Syrian Arab Army (SAA), and Islamic Revolutionary Guard Corps (IRCG), personnel enjoy access to the Mohajer 4 drone. The latest variant of the Iranian Mohajer has been in service since 2012. Capable of flying 150 km away from a control station at an altitude of up to 15,000 feet, the Mohajer 4 can stay aloft for seven hours.

Numerous Mohajer 4 UAVs have been lost during the course of the war.

Unveiled in 2013 as an unlicensed ‘clone’ of the Boeing Insitu ScanEagle, the Yasir is a relatively inexpensive, long range UAV. Like the Mohajer, the Yasir is capable of flying at 15,000 feet, while the Yasir’s range extends outward to 200km. The Yasir can stay aloft longer than the Mohajer as well, with a landing required after eight hours of flight. 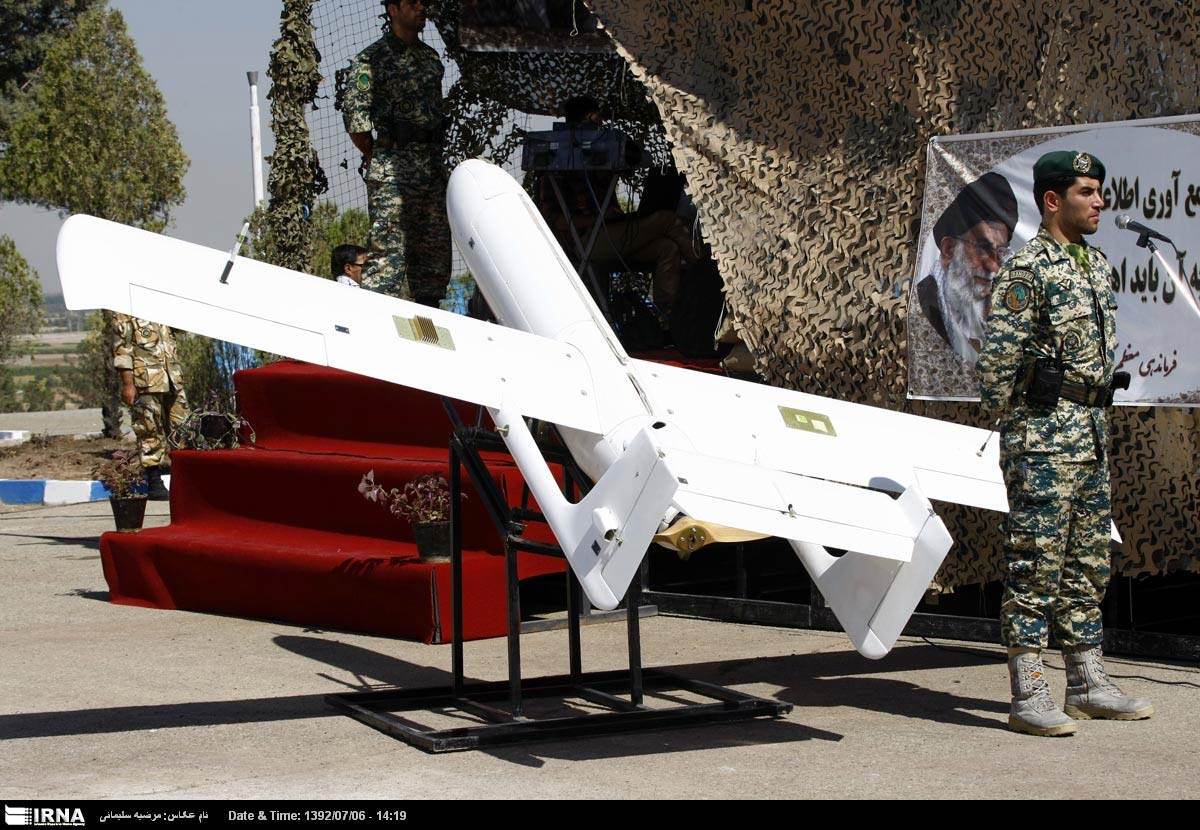 In 2010, Russia acquired an unknown number of Searcher drones from the Israel Aerospace Industries (IAI). At the same time, Russia acquired a license to manufacture their own variant in the form of the Forpost.

Both drones have comparable performance, with a service ceiling of 20,000 feet and endurance times of up to 18 hours. 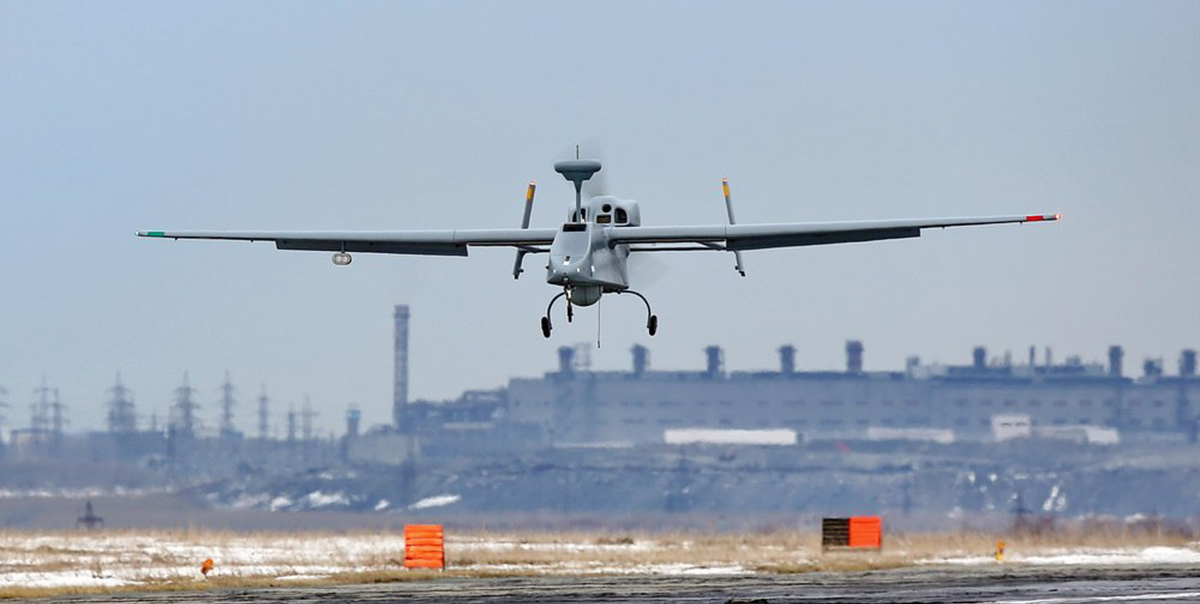 In a pedestrian sense, the military spec drones are not the real ‘stars’ of the show. Product lines, such as the DJI Phantom series, are rapidly becoming the ‘AK’ of drones. Employed by the SAA, journalists, terrorist factions and ISIS alike, the Phantoms are easy to operate and feature highly automated systems for a fraction of the cost over their military counterparts.

At a price point of $700-$1400, the DJI Phantom 3 (P3A/P3P) Advanced and Professional series drones are capable of a max altitude/operating range of six kilometers (although by default the “P3s” altitude settings are locked at 120m). In the author’s own tests, distances of seven kilometers away from the controller were achievable in wide open spaces with little radio/Wi-Fi interference.  The battery, in practice, lasts about 15 minutes. 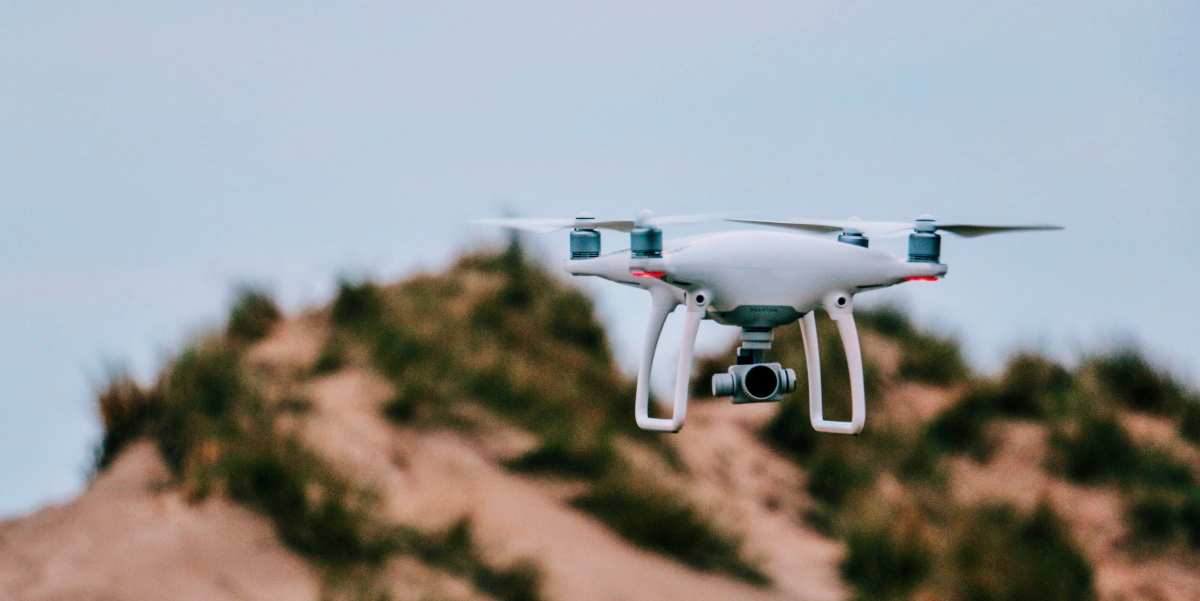 The wide availability of these drones and their many ‘knock-off’ versions has created an entirely new perspective on the Syrian conflict. When viewed from above, the full extent of the damage wrought by years of battle with criminal gangs is clear.