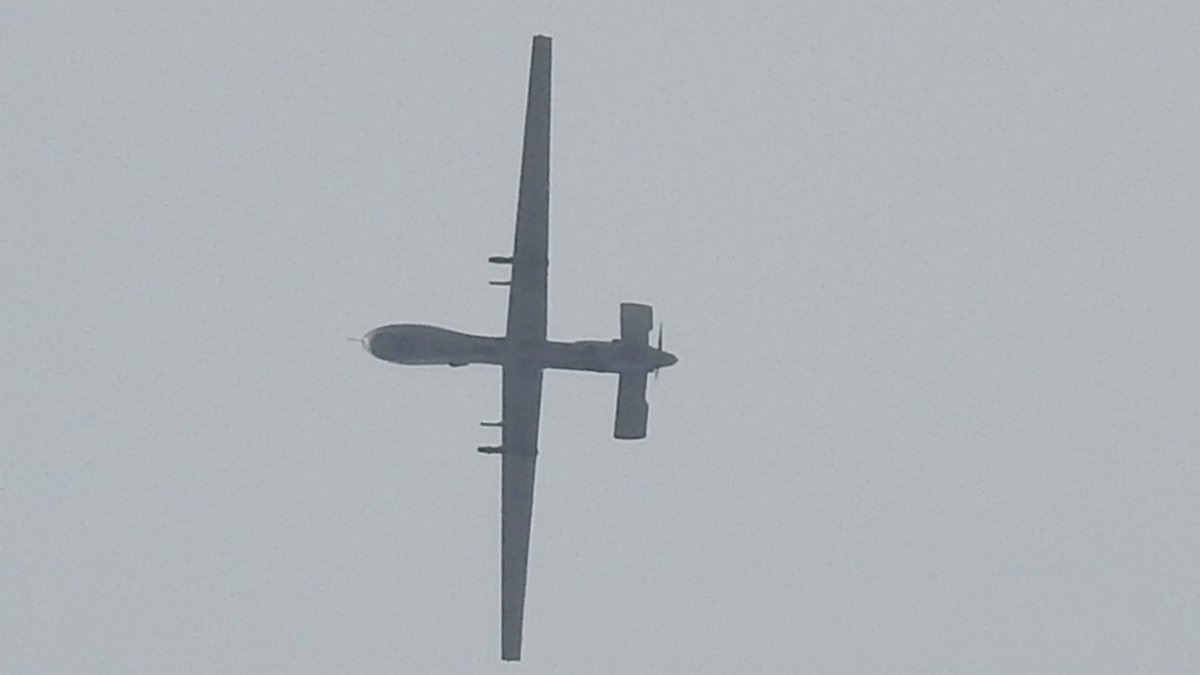 Late on September 30, a drone strike hit a position of Iranian-backed forces in the southern countryside of Deir Ezzor in eastern Syria, according to the Syrian Observatory for Human Rights (SOHR).

“According to information obtained by the activists of the Syrian Observatory, the drone flew over the area at sunset today and targeted, with at least two missiles, the al-Kutf area near the town of al-Bukamal,” the London-based monitoring group said in a report.

The SOHR added that Iranian-backed forces deployed around al-Bukamal targeted the unidentified drone with heavy machine guns. Nevertheless, it was not hit.

Syrian pro-government sources didn’t report any strike on al-Bukamal. Neither Iraqi sources. This raise some serious questions about the SOHR’s claims. The monitoring group made several false reports about strikes on Iranian-backed forces in eastern Syria in the past.

If confirmed, this would be the second attack to target Iranian-backed forces near the Syrian-Iraqi border this month. On September 14, a series of strikes targeted several trucks of the Popular Mobilization Units on the Iraqi side of the border.

The alleged drone strike may have been carried out by the US in response to a rocket attack that targeted one of its bases in northeastern Syria in the morning.

For drones which are relatively slow and close to the ground, how hard would it be to build optically targeting machine guns?

I bet more than a few people are working on this. It would be useful for defending ground positions too. ‘target and hit anything that moves’. We already have motion sensors for cameras and lights for households. I know that you don’t want indiscriminate targeting but there are times when you want to deny access to certain areas.

There already are many systems mainly simple ones, but big drones like the one at the picture are several kilomters up. Here You have to have missiles and a system. the minus most drones are, they are very slow.

So its very much about having that fancy equipment all over or something. And for dones as well as other equipment its a matter if they are anough to be wasted compred to which information they get.

All danish military units now has small drones for observation. They send up to find enemies. Thpose are cheep ones and spendable and You dont loose soldiers using them.

You mean made up news from a one man dog and pony show from London called SOHR, other wise real name is Rami Abdulrahman: https://wikispooks.com/wiki/Rami_Abdulrahman, he makes up BS as he goes along.

You should name better sources instead of that crap. Compared to most others his informations are hard facts.

Well he gets in informations from many living in syria and some few are not correct. This one seemes not to exist.

He is a diapora refugee from Syria.

Again Southfront SOHR is fake one man show, why do you bother posting that idiot’s made up crap, https://wikispooks.com/wiki/Rami_Abdulrahman.

US & EU are Zion slaves
Reply to  Mike

Buddy, why do you think SF got blocked by Russian banks in the first place. The more you read into SF you understand they are kids copy-pasting from other news websites such as RT and Syrian news.

pass the time . No one takes him seriously anyway

Why dont You use the whole internet search about him

Machine guns are useless to high flying drones, get some anti air manpads.!!