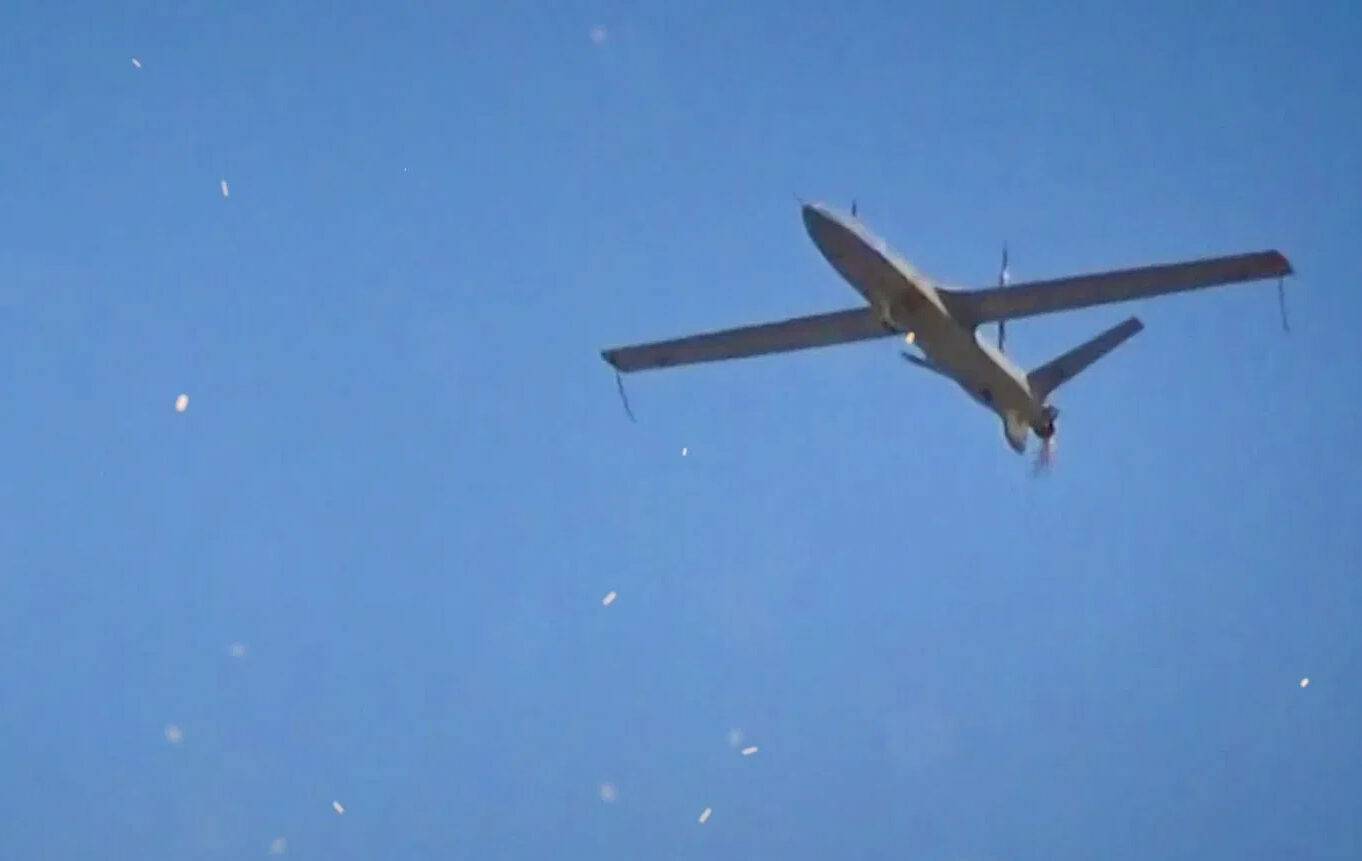 Late on June 8, a drone attack targeted the northern outskirts of the capital of the Kurdistan Region, Erbil, in northern Iraq.

The Directorate General of Counter Terrorism in Kurdistan said in a statement that a suicide drone landed near Erbil-Pirmam highway, wounding three people. Reuters and several other news agencies reported that the US new consulate in Erbil was the target of the drone attack. However, it was not hit.

Footage from the scene of the attack shows several damaged cars and what appears to be the wing of an Iranian KAS-04-type suicide drone.

Over the last two years, Kurdistan was the target of several drone attacks which were blamed on pro-Iranian factions in Iraq. The autonomous Kurdish region was also struck by Iran’s Islamic Revolutionary Guard Corps (IRGC) on more than one occasion.

On March 13, the IRGC launched a salvo of ballistic missiles at a complex near Erbil that it said had been used by Israeli intelligence agents. The missile strike was a response to the February 14 drone attack on Mahidasht Air Base in Iran’s Kermanshah, which was attributed to the Israeli intelligence.

Recently, Israel was blamed for two attacks that took place in Iran, the assassination of Quds Force Colonel Hassan Sayad Khodayari in Tehran and the explosion at Parchin military complex to the southwest of the Iranian capital.

The drone attack on Erbil may have been carried out by the IRGC or its allies in Iraq as a response to the two recent attacks in Iran.

The Kurds have sold themselves to the United States Zionists and deserve what strikes them.

Most of the world supports the Kurds, however, were they good when they allied with Turkey and Iran to do genocides?

I that BBQ yarmulke I smell?

It would be better to use the drones on USSA and Israeli troops.

Yes sure, some car in a highway was targeted but Reuters knows that the real target was the US consulate far away. You know, if you shove your finger in your nose in Erbil, you probably attacked the US consulate. Later on, Intelsky says the neutralized target was Mossad’s assassination unit commander and names him as Ilak Ron/Asa Flots. If true, it tells two things: 1- The US no longer has the monopoly of attacking moving cars. 2- Karma’s a bitc#

To me it doesn’t look like a bad deed to assassinate the assassin, but what do I know. I’m just a silly bird.

Infact, Arab and US media and intelligence sources have confirmed that a Zionist Commander of Mossad terror squad Asa Flots real name IIak Ron (A major in the IDF)was killed in a drone attack last night.

His convoy was targeted by Iranian suicide drone near Erbil airport.

I have my doubts. The name they provided isn’t a real name, it’s more like a vulgar joke.

In Yiddish “Assa” means “do” or “make”, “act”, etc. “Ayza” means “what/any” and “flotsz” means fart. Together it’s a common expression in occupied lands meaning something like “He Farts”.

Now either it’s a comeback and revenge for Tuqquzabad (which made Bibi’s intel a joke) for us to bite and make us the butt of a joke of or they just added it to reduce the impact of the elimination and make it funny for domestic consumption and moving on.

Perhaps, but Zionist hubris is at it peak as they are killing respected journalists even with US citizenship like Shireen with absolute disdain for international law. They are also killing Palestinians daily and provoking Syria as Russia is busy in Ukraine. It will be interesting to see how aggressive they get with Iran.

You want to bully a small state. That’s all.

What are Iran’s plans of the region? Will they support a crescent? Or will they go even deeper to make a world axis?

Turkish and Iranian aggression should be checked.