In connection with shelling of posts of the Joint Center for Control and Coordination (JCCC) by the Ukrainian Army, the operational command of the Donetsk People’s Republic (DPR) strengthens security measures. 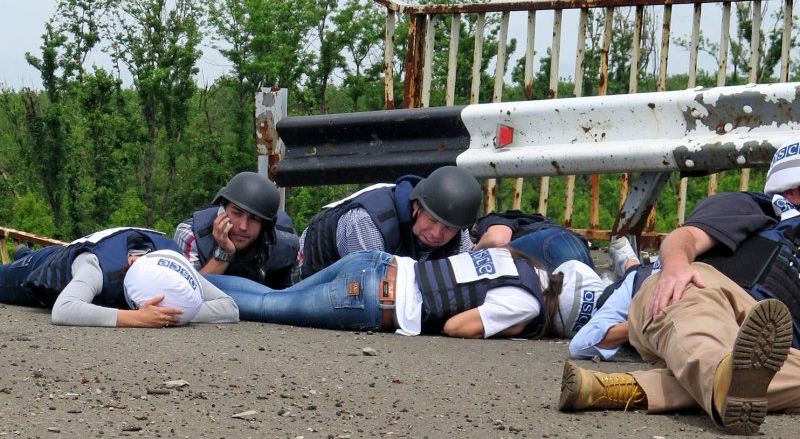 In connection with stepped-up shelling of dislocation’s places of the JCCC officers by Ukrainian military, the head of the Russian representative office appealed to the DPR Defense Ministry with a request to strengthen security measures for representatives on the observation posts near the front line.

The DPR operational command has decided to provide personal protective equipment, in particular steel pots and body armours, at the stations, which are located closest to the front line.

At the same time, pro-Kiev sources reported about shelling of the positions of border officers at Mayorsk checkpoint in the Donetsk region. According to the press service of the State Border Service, rebels used 120 mm mortars and led the shelling from Gorlovka. None of the frontier guards was injured during the shelling.