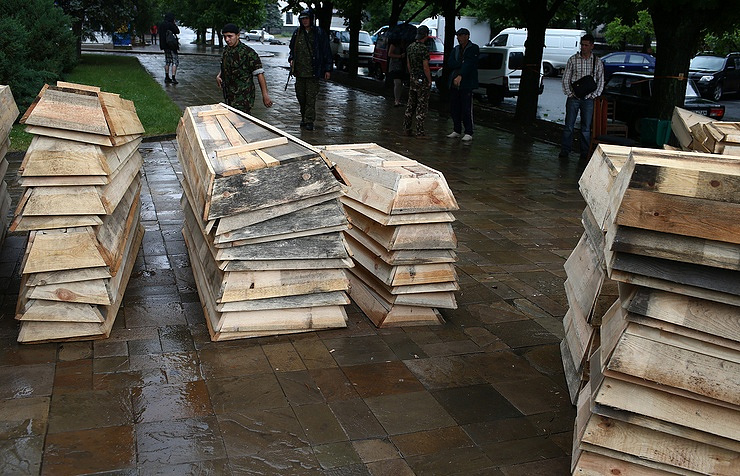 Reconnaissance units of the Donetsk People’s Republic (DPR) have disclosed new facts of concealment of casualties among the personnel of the armed forces of Ukraine in the Donbass region.

“The Ukrainian military leadership continues to conceal the losses from the public and does not take any measures to bury the dead servicemen,” DPR military spokesman Eduard Basurin told the Donetsk News Agency on July 5.

“Another such fact has been established in the Sladkoye settlement (near Maryinka), where about 40 bodies in military uniforms with insignias of the Armed Forces of Ukraine were found in deserted buildings,” he added.

According to Barusin, DPR reconnaissance units has repeatedly recorded cases of concealment of the actual number of casualties among the Ukrainian military personnel. The DPR representative says that over the past week alone, losses of the Ukrainian forces’ in Donbass have exceeded 80 servicemen.

Recently, pro-DPR sources have been reporting growing losses in the Ukrainian army due to the Ukrainian military failed attempts to break the defenses of the People’s Republics of Donbass.