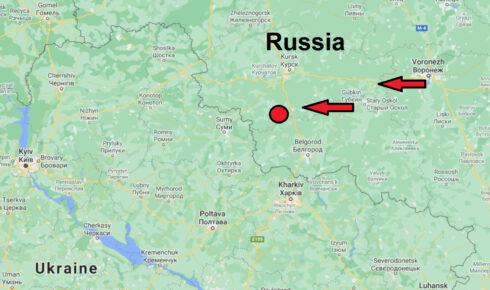 As part of the joint Russian-Belarusian military exercises, dozens of Russian attack helicopters have accumulated in the Belgorod region of Russia.

Earlier, the activity of this helicopter group was noted by eyewitnesses over the central part of Russia.

This is not the first such event in recent years. Russia has been conducting large-scale maneuvers for several years in a row, as a response to the activity of NATO forces near its borders. Today these forces could be used in the case of aggression by Ukraine and its global patrons against Russia or the People’s republics (DPR/LPR) that were formed eight years ago on the border of Russia and Ukraine.

In recent weeks, the United States, Britain and their proxies have delivered dozens of tons of weapons to Ukraine

For the last two days, Washington and London have been whipping up hysteria around Ukraine. Following the logic of warmongers,  many countries are evacuating their embassies from Kiev, the capital of Ukraine. For its part, Russia has consistently stated that it is not going to take aggressive actions against Ukraine first, but in case of Kiev’s attack, it has determined intentions for a full-fledged response.

The situation may be aggravated by the unstable psychological state of the President of Ukraine, a former comedian, Mr. Zelensky, who has been suspected of drug use for a long time.

At the same time, it cannot be ruled out that Russia is ready to use any excuse to cut a nationalist “abscess” that has been bothering it for many years.

In any case, next week will not be boring.

Ukrobots are crying and raging 🤗

The Russian/Belarus drills will continue on as scheduled, and the Russian Armed Forces will return to their bases. The neocon warmongering nincompoops in D.C. will whine and moan, enraged they won’t be getting a war in Eastern Europe.

I wouldn’t bank on it just yet,loco joe might launch a false flag to get the show on the road.

The Time of goys: “WHEN ZELENSKY FAILS, THEY WILL THINK OF HIM AS THE JEW”. I like how they attack their own kind in a sec, I mean they have a long history of killing each other as well, like Wahhabis. BTW, Zion evacuating their “citizens”.

Hmm, is it funny how the US put a Zion in power when they can? Volodymyr Zelensky is Jewish. In Afghanistan that pig-looking wife of Ashraf Ghani was g0y as well. She took the money and left.

why do we listen to politicians and media liars? the provocateurs are askanazi, not alnglo, saxon or slavic

I think rather than heading towards Kiev, they will be flanking the attack on the LPR/DPR.