ISIS terrorists have ambushed the convoy of Babagana Umara Zulumr regional governor of the northeastern Nigeria state of Borno.

Zulumr’s convoy came under attack from the terrorists on September 25 near the town of Baga, right next to Lake Chad.

Initially, Nigerian sources told the France-Press Agency (AFP) that eight policemen, three service members and four civilians were killed in the attack. However, the death toll rose to 30 the next day. Zulumr was not reportedly hurt.

“The tally has increased to 30 as many bodies were picked in the surrounding areas after the attack,” one of the sources told the AFP, adding that “many people were injured.”

A security source told the agency that the terrorists also captured an armored personnel carrier, a gun truck and six sports utility vehicles, which were escorting the convoy. 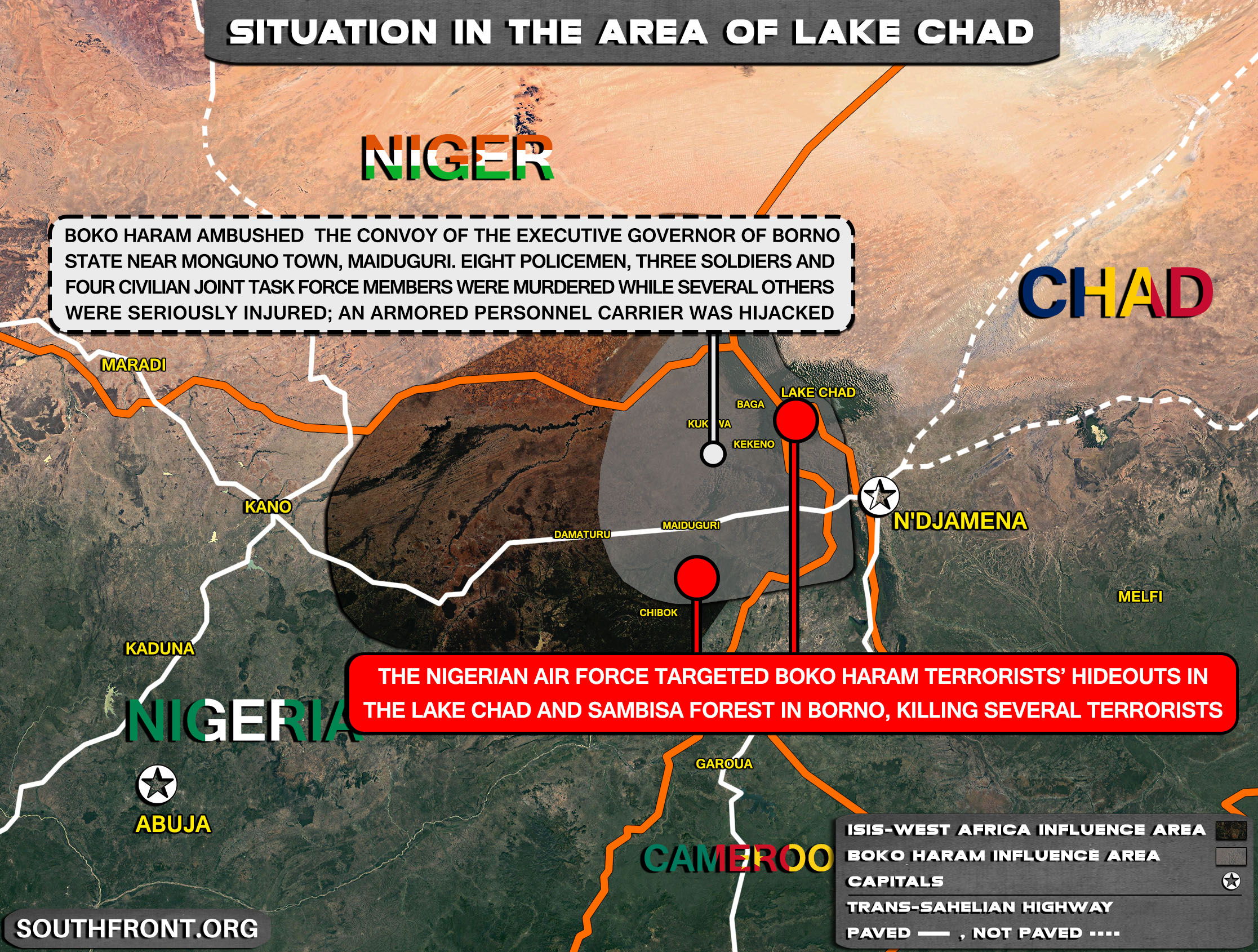 In the last few months, the Nigerian military stepped up its operations in Borno to address the terrorist group’s growing threat. On September 25 and 26, the air force carried out a series of airstrikes on the group’s hideouts in Bula Sabo, Dole, Tongule, Bone and Isari Musa.

The lack of effective coordination between Nigeria and the other countries neighboring Lake Chad is allowing ISIS terrorists to thrive in the region.

Ever wondered why ISIS is moving into Africa?

The whole region will soon be a bread basket due to changes in climate patterns, whilst everywhere else, growing crops will be a struggle.

I know that areas close to water surfaces will get a lot more rainfall due to higher precipitation rates , But I don’t think inland areas will get that much rainfall . Anyway I believe ISIS in Africa can be destroyed easily since they have huge logistical problems as well as their very small numbers .

The Sahara was lush savanna at one time. So it will be again. Large manmade canals are being discovered under the sand throughout the region.