A fierce battle between the Syrian Arab Army (SAA) and ISIS terrorists has taken place in the southern countryside of Raqqa.

According to the London-based Syrian Observatory for Human Rights, the battle began in the early hours of September 22. The terrorist launched a large attack on SAA positions near the town of Resafa.

Around 13 Syrian service members and 17 terrorists were reportedly killed in the clashes, which went on for more than 24 hours. 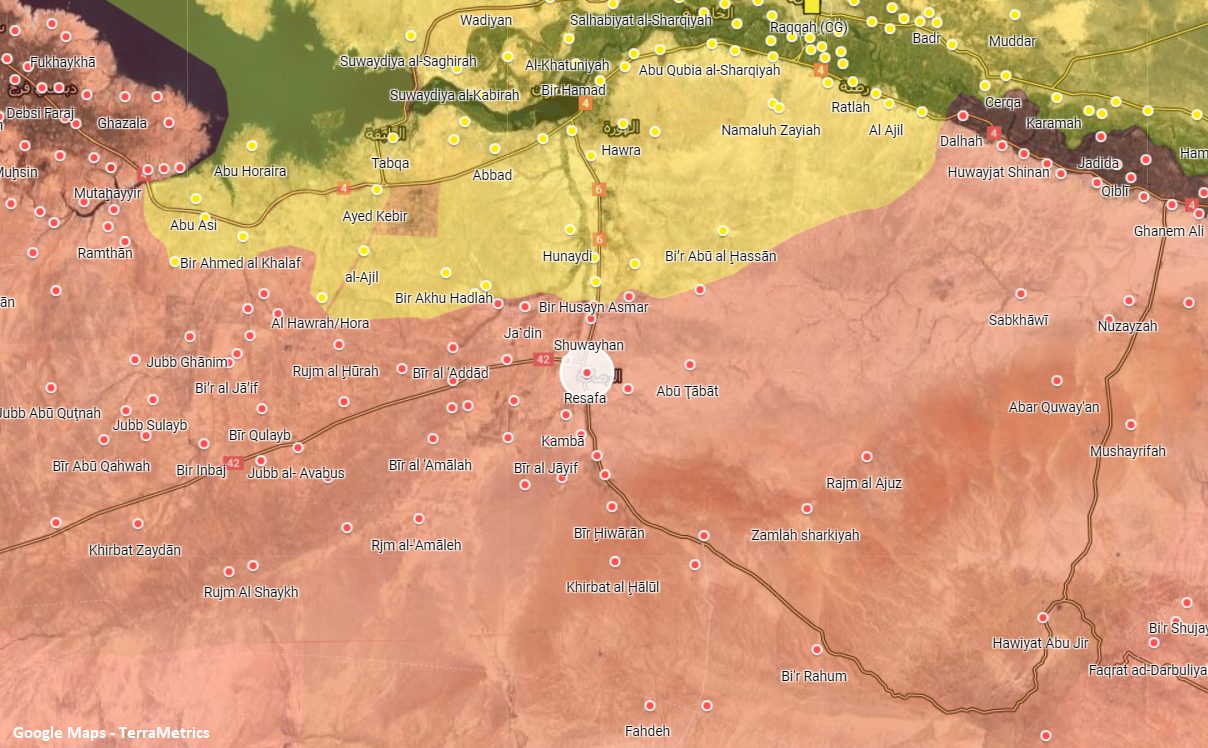 Earlier this month, ISIS launched a similar attack on SAA positions in Resafa. Back then, a series of fierce airstrikes by the Russian Aerospace Forces forced the terrorists to retreat.

You always say they are cowards to talk realisme away. Those people are very brave and clever fanatics in military matters.

https://www.google.dk/search?q=Gaddafi+Assad&sxsrf=ALeKk03EpuvHPdSZb-MRfygeLOT2d-i3Fw:1600905474309&source=lnms&tbm=isch&sa=X&ved=2ahUKEwjnq_XQvYDsAhWDzqQKHeMiC9YQ_AUoAXoECAwQAw&biw=1920&bih=969 much better than Isis

Fine they kill each other.

As we see ISIS has supporters and semi supporters from on both sides of the river and east.

As usual is telling they should be supported by CIA, USA or SDF we see the same song as “They are all against us, we are sitting on Our hands wondering why…shiff sniff…”

As usual its of course denied, they do it against SDFs and Americans too….

If You are protecting You against Corona, the cover should not be covering Your eyes….

Why don’t the Syrians and Russians deploy combat choppers with Gatlin guns to wipe the bastards out when they are running back to their so called hiding places in the desert?

They dont have those tools and the well educated people for it. Maybee Russia wont but Assads cant.

You are far out naming the ISIS positions as “socalled”. They anytime are hard facts and are doing well even it here they seemes to have lost a battle.

I kind of expect they will try to take that very important crossrias there again. It cut Assads and for that matter Iranians very well.

ISIS most likely are in the oil and minefield area south west of the Tabqa airport ruin.

“ISIS terrorists are allegedly receiving support from U.S.-backed fighters in the nearby area of al-Tanaf.” They receive direct support from US, not just through US-backed fighters. Arms, ammo, intel, training and green paper. Everyone who’s able to add 2+2 can see that ISIS/Queda and the rest of terrorist rats are nothing other than irregular armed forces of US/UK/Israel.