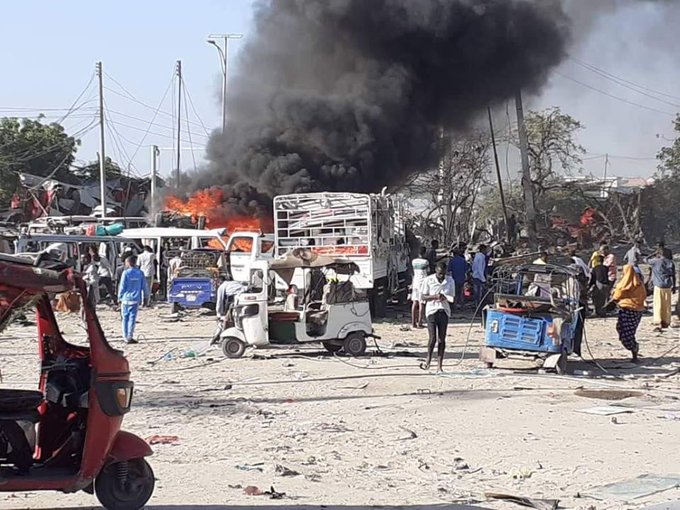 Earlier, reports suggested that the number of killed in the attack was around 50. The number of casualties is expected to grow as the situation is still developing.

I was informed the death toll stands over 90 including 17 somali police officers, 73 civilians and 4 foreign nationals. May Allah have mercy on the victims of this barbaric attack https://t.co/2c1q4PXE79

More than 30 school and university students who have been traveling on the road at the time of the blast are among those killed and injured in the truck bombing on the outskirts of Mogadishu. Most of the victims were civilians. pic.twitter.com/1Roga55LGz

RAW: A massive car bomb exploded at a busy security checkpoint in Somalia's capital Mogadishu, killing at least 73 people. The toll could rise as scores of people were rushed to hospitals. pic.twitter.com/eAvTFRM3D3

At least 76 people are dead following a truck explosion in Somalia's capital, according to a director of an ambulance service in Mogadishu. This is one of the deadliest attacks in Mogadishu in recent memory.https://t.co/I6KaUwUgJW pic.twitter.com/syG3QjpqY3

Wahhabis are the most foolish insane coward tyrant worst monsters