At least 44 people were killed and 144 more were wounded in an airstrike on a migrant detention center in Tajoura, a suburb of the Libyan capital of Tripoli on July 2.

The Government of National Accord (GNA), which is recognized internationally, but barely controls a third of the country, blamed the Libyan National Army (LNA) for the attack.

The LNA is employing its warplanes to support own troops employed in an advance to capture Tripoli from the GNA. However, the army denounced these accusations claiming that its strike targeted a GNA military camp in the nearby area. 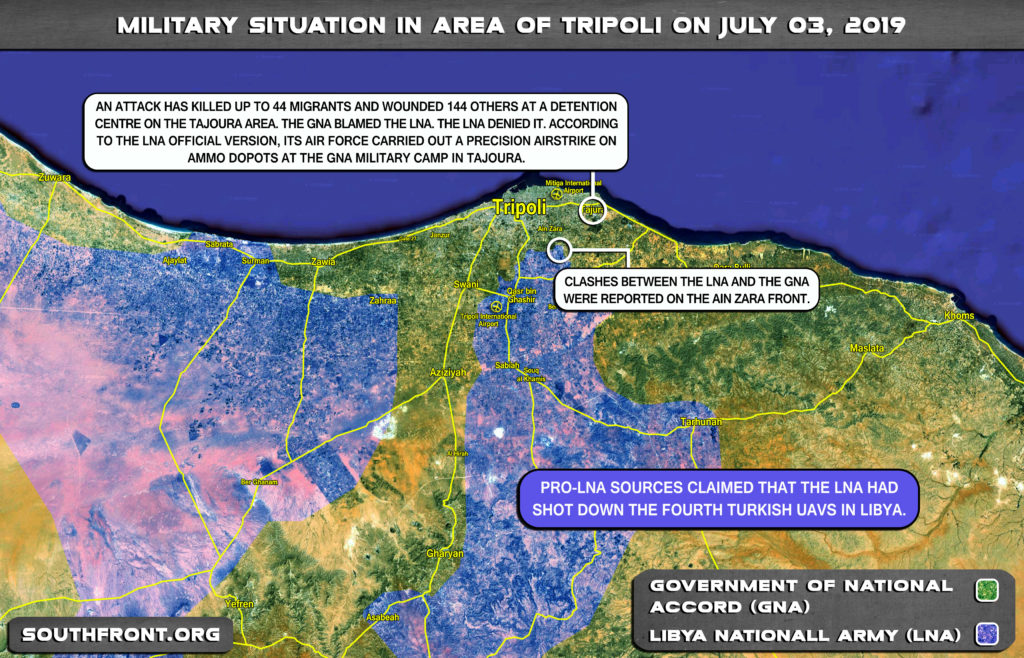