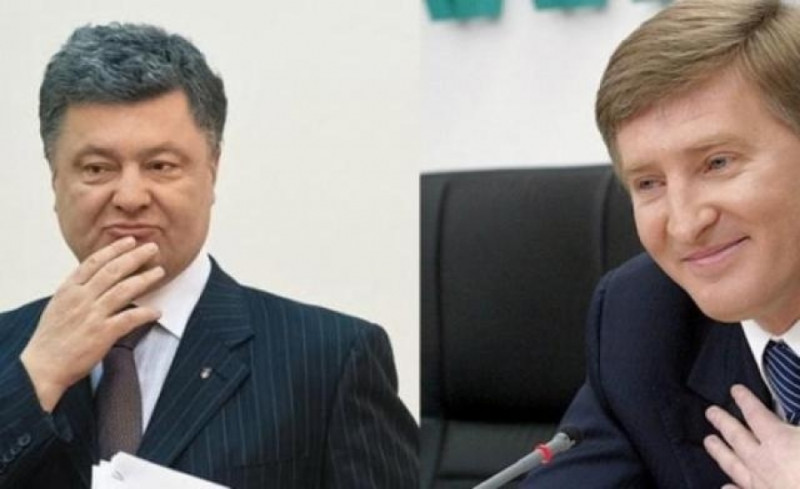 Ukraine once again demonstrates that a state which loses the monopoly on the use of force becomes a nothing, rapidly descending to the level of Somalia. During the night of March 1, the ultimatum issued by LDPR authorities, and which demanded that the unlawful economic blockade of the Republics be lifted or else external control would be established over enterprises hitherto under the control of oligarchs loyal to Kiev, expired. Blockade was not lifted, and therefore Kiev will have to deal with the consequences of its errors. For naught are Ukrainian journalists and politicians complaining that, in response to the Donbass blockade, LDPR supposedly “seized” Donetsk factories from their Ukrainian owners. First of all, they were not “seized” but placed under external management, and secondly, before complaining about LDPR leaders, these journalists and politicians should turn their attention to the Kiev regime from whom a group of radicals is openly seizing power.

The LDPR ultimatum was not issued in order to seize enterprises which until now continued operate in accordance with Ukrainian laws. If that’s what Zakharchenko really wanted, it would have been done a long time ago. The ultimatum was, as strange as it may sound, an attempt to help Poroshenko by giving him a pretext he badly needed to take out the radicals who took away his power and control over the economy of a country whose president he believes himself to be. It was also the final, clear signal to Ukrainian oligarchs who have to be made ot understand that, under the conditions of anarcho-Nazism there is no such thing as property rights, irrespective of what they believe. LDPR could tolerate the oligarchs for as long as they were preserving social stability by, for example, continuing to pay salaries to Donetsk industry workers, but if these industries are idled by the blockade, the society’s interests dictate they be reoriented toward Russia, which means doing that which Akhmetov and people like him would never do.

Ukrainian politicians are pretending that Ukraine is a country with a rule of law or something akin to one. That’s comical. Under a rule of law, nothing like the blockade of Crimea or of the Donbass would be possible, since it was imposed by people who have no legal authority to impose one. Ukraine is gradually turning into the Somalia of Europe, and one can no longer view it as a country with property rights or governance consistent with European legal traditions. No, here one needs different approaches.

In accordance with this new reality, one can, for example, introduce new basic principles into the Ukrainian code of law. One could plainly state in the civil code that the right to any asset belongs to either the Azov Nazi battalion or whoever can defend that asset from Azov. Ukrainian oligarchs were warned that playing with Nazis or ignoring the fact the country is turning into a hothouse of illegal armed formations could lead to the most tragic consequences for them, but they did exactly nothing to repair the situation. Now this very same Akhmetov has a choice–continue giving tearful interviews to the Western media, complaining how the evil separatists took away his Enakievo Metallurgical Plant or do something about those who established the blockade. Akhmetov is an old-school oligarch, from the ’90s, he knows perfectly well what to do in such cases. But if he can’t do that, then he’s no longer an oligarch, and nobody so helpless can be trusted with an asset.

One could say the same thing about Poroshenko. If he can’t stop the blockade of a part of territory which he considers a component of his country, then he’s no president but an usurper. The blockade was, incidentally, organized precisely in order to strike a political blow against Poroshenko, and this blow turned out to be a crushing one.

First of all, Ukrainian energy system is on the brink of collapse due to the lack of Donbass coal, and if this collapse really happens, the population will blame the president. Secondly, it suddenly became clear that it’s not Ukraine that’s essential to the Donbass, but Donbass that’s vitally essential to Ukraine, if only to make sure that Ukrainian homes have electricity, which runs counter to the whole mythology which Poroshenko’s propagandists have spun around the Donbass conflict.

Behind the scenes in Kiev, two options are being discussed over what to do with the Donbass. The few remaining normal experts in Kiev have argued to pick one of the two. The first is to attempt to truly integrate these territories into Ukraine, starting with paying the population’s pensions and civil servants’ salaries, with the aim of preserving economic ties and improving the Kiev’s image in the eyes of the local population. The second is to officially give up both Donbass and Crimea by cutting them off in their entirety, economic ties and all, forgetting about any territorial claims, and then seeking NATO membership and money from the West in such abridged form. Neither of these options suit Poroshenko or the Ukrainian Nazis, including Interior Minister Avakov. Poroshenko is simply hoping to eternally benefit from the frozen conflict on the Donbass, while Avakov–from a hot one. So in the end Kiev got the worst of both worlds. It cut its ties to the Donbass, didn’t receive anything in return, and lights in Ukraine could go out at any moment.

With this in mind, it is very symbolic to see that the Donbass Arena stadium in Donetsk was fully illuminated on the night of March 1, for the first time in the three years of the civil war. The bright lights of the Donbass contrasting with Banderite Ukraine descending into darkness seems to suggest people on both sides of the front on which side there is civilization, and on which nothing but darkness and barbarism. Light will, in the end, prevail.