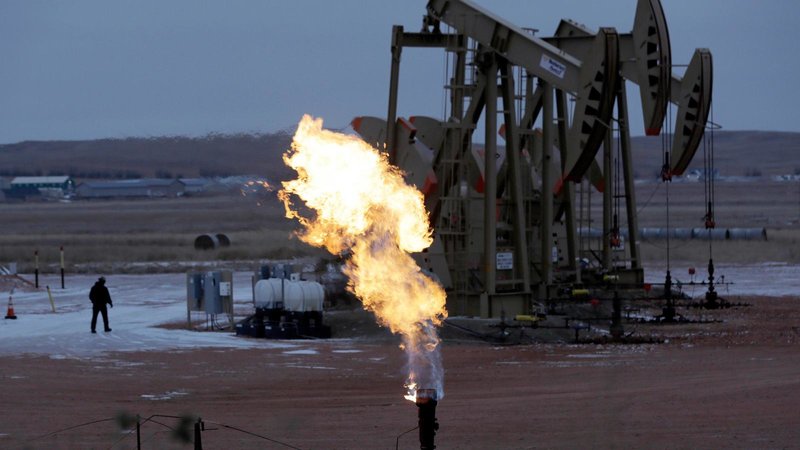 US President Donald Trump announced that the first shipment of liquefied natural gas out of Cameron, Louisiana just sent “freedom and opportunity abroad.”

BIG NEWS! As I promised two weeks ago, the first shipment of LNG has just left the Cameron LNG Export Facility in Louisiana. Not only have thousands of JOBS been created in USA, we’re shipping freedom and opportunity abroad!

Trump jumped on the band wagon to attempt and advertise the US’ LNG as bringing “freedom,” coming short of plainly calling it “molecules of US freedom,” which the US Department of Energy did just days earlier.

The US appear to be growing desperate in attempting to free the EU and others of “Russia’s monopoly” on LNG and their money as well, since the US “freedom gas” is significantly more expensive than the one offered by Russia’s Gazprom and Novatek.

It could be that the price is higher since “freedom” brings a significant added value.

In 2018, the US exported LNG to 28 countries, with 10 of them accounting for 82% of exports. South Korea, the top destination, received 73 cargoes in all, followed by Mexico with 53, Japan with 37 and lastly China with 24. Of the remainder, Jordan, Chile, India, Turkey, Spain, Argentina, and Brazil took only a small number of shipments each.

The terminal in Louisiana is one of 14 new terminals that were announced in 2018, that are aimed at increasing growth of LNG production, as well as attempting to reduce gas prices and increase competitiveness of US LNG.

China’s imports of LNG went up together with serious measures to tackle its air pollution. Regardless, imports of LNG from the U.S. were moderate during 2018 and are not expected to rise during the current U.S.-China trade war.

Exports of “molecules of US freedom” to China are also likely to suffer after Gazprom’s Power of Siberia pipeline starts operating by the end of 2019.

This was further reinforced by a statement by the head of Gazprom’s export branch Elena Burmistrova who said that China is interested in more Russian gas deliveries.

“The Chinese partners are very interested in additional volumes, though the final amount as well as the price is not agreed yet,” she said.

Burmustrova that the Russian energy major expects formal arrangements on the issues to be reached in the near future.

Thus, it appears that “the price of freedom” would need to be significantly reduced to be able to compete with Russia’s “evil blackmail” gas in Europe and China.

LOL!!! by freedom and opportunity he means “do what we want you to do, or else” fucking moron

You’d think diversity of supply as well as putting a ceiling on Russian gas prices would be appreciated by these natural gas importers.

Russian gas prices would have a natural ceiling anyway, as make it too expensive and nobody would buy it, opting for other suppliers. Freedom gas is just too expensive to compete on the global market. Henceforth all the threats and cajoling by the Orange One to make others buy it.

One must consider how money is used by the supplier of any commodity including food, drugs and petro products. Simply stated the money you spend on Empire products fuels the take over of the world. No wonder Russia and China face demonization.

Your dollars are used to crush market competition in a world where the only thing making Empire competitive are the dirty tricks they pull with money they create out of thin air.

Pompeo attends the Bilderberg meetings this weekend to advance the nefarious agenda of world domination, all on our dime.

That is standard operation for U.S. politicians. Give something a “good sounding” name so ignorant people will accept it. Just look at all the “good” they have done at home.

The Donald Trump body itself full of LNG. Every time farting.

Insane Press Release from POTUS. “Hence forth, Freedom Fries can only be cooked with Freedom Gas”. Any Fukin Huns or any Fukin Frogs who buck this dik-tat will end up in a Freedom Chamber of their own Funin makin where they will be fed Red Commie Gas. We will see then how much they Fukin like it.” The Fukin Cheapskates.

The worlds biggest exporter of oil now gives all the option of natural gas delivered to you great news indeed .

Typical American too stupid to get anything right. America is the largest oil PRODUCER, but Americans are such gluttonous pigs it’s not enough, so you need to IMPORT more

Be careful what you ask for. You will find F.uk.us are much more efficient at delivering gas than the SAA

It’s all the cheeseburgers they eat, if you had to put up with the stink you would also be crying FREEDOM from the GAS.

Someone should be able to come up with the words for an acronym for FART. Surely the main tagline for shipping gas halfway around the world when these same world savers would have us all riding bikes.

Freedom fries , was because france didnt back the iraq war when asked.This is probably an act of coercion towards war as well! Cutting the decent relatioship between russia and europe, the propaganda just reminds you of all the official story accomplices!

Exactly what I told everybody but nobody would believe it at that time. Now you will listen to what I said.