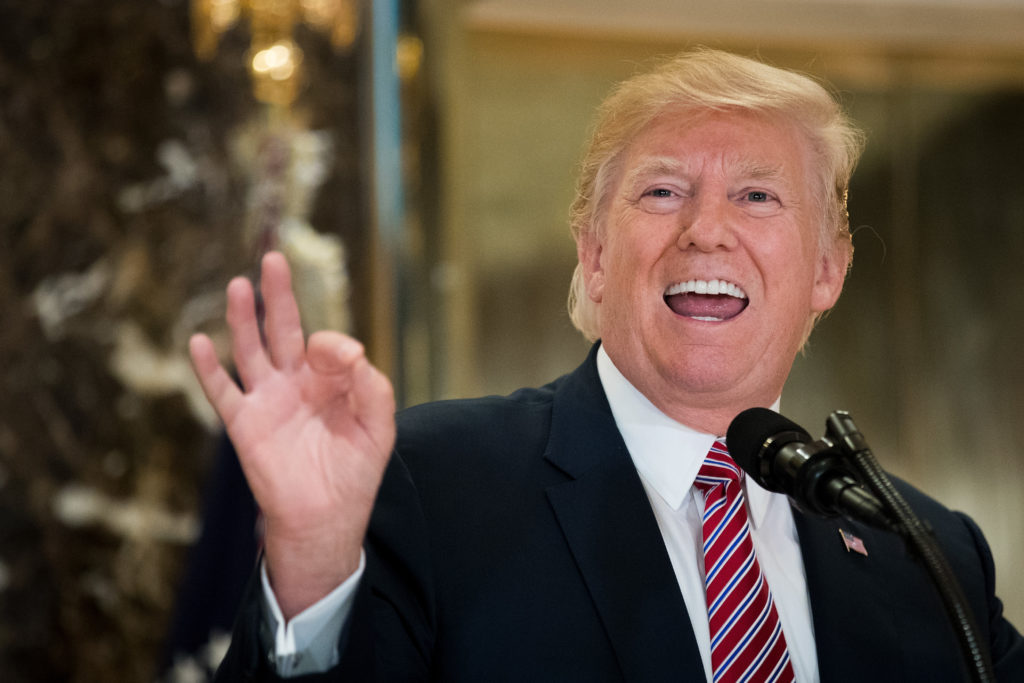 On May 24, US President Donald Trump cancelled the Pyongyang-Washington summit, which was set to to take place in Singapore on June 12.

In a letter to North Korean Supreme Leader Kim Jong Un, the US President stated:

“I was very much looking forward to being there with you. Sadly, based on the tremendous anger and open hostility displayed in your most recent statement, I feel it is inappropriate, at this time, to have the long-planned meeting,” Trump wrote. “You talk about your nuclear capabilities, but ours are so massive and powerful that I pray to God they will never have to be used.”

Earlier, North Korean Vice Minister of Foreign Affairs Choe Son-hui described remarks by US Vice-President Mike Pence – who had said North Korea “may end like Libya” – as “ignorant and stupid”:

“At an interview with Fox News on May 21, U.S. Vice-President Pence made unbridled and impudent remarks that north Korea might end like Libya, military option for north Korea never came off the table, the U.S. needs complete, verifiable and irreversible denuclearization, and so on.

As a person involved in the U.S. affairs, I cannot suppress my surprise at such ignorant and stupid remarks gushing out from the mouth of the U.S. vice-president.”

On May 22, the Punggye-Ri nuclear test site of North Korea was dismantled, Sky News reported. A correspondent of the Sky News Tom Cheshire was one of a small group of journalists, allowed witnessing the dismantling of the site.

On May 16, North Korea threatened to call off the Pyongyang-Washington summit, stressing that the US envisage only unilateral denuclearization without guarantees.

The US attempts at diplomacy are akin to ‘Demands with menaces’ to submit or die.

It appears that the US is now desperate for war with anyone at all.

Ever since the End of the Cold War, American Liberals and Neocons have been infatuated with this whole ‘Pax Americana’ garbage. The Founders of the United States never intended us to be a world empire.

“We Americans have no commission from God to police the entire world”—Benjamin Harrison, US President 1889-1892.

This is what happens when greedy and cruel psychopaths control any nation. Arguably all nations have been and will be controlled by such people . Its just the venality that changes from ‘Barely acceptable to Downright Criminal’

The worst being those who justify what they do in the name of a false god/cult.

Do you know something ?, your comment “It appears that the US is now desperate for war with anyone at all.”.

Unfortunately I think you are right, it is baffling, terrifying and effing insane…..Taiwan thus China, Syria or Eastern Europe, even Ukraine thus Russia, Pakistan, Venezuela, half of Africa and even at a stretch, Europe.

They are totally insane.

Night Wind
Reply to  You can call me Al

There are two distinct schools of thought among American Conservatives about military/foreign policy. One is the traditional approach: that American defense should make us invulnerable to conquest and concentrate on free, bilateral trade. The other holds that we should be strong enough to conquer anybody else at will; and that negotiations any way other than at gunpoint makes us look ‘weak’. This is a big problem, because our Foreign Policy ends up being decided by whichever way the political winds blow. Probably 80% of Americans know absolutely nothing about any other countries besides what they’re told by special interests who want war.

You can call me Al
Reply to  Night Wind

Nice comment. I hope you do not mind me saying it, but unfortunately the World has changed … and you are no longer invulnerable + apart from Grenada, can you think of a war you won ?.

I thing it is 27 years throughout US history, where they have been at peace … is that normal ?.

I do not think that the World will put up with it any longer.

PS I have nothing negative to say about the people (well mmmm), but all, I repeat all the politicians are the most vile scum EVER – even worst than our UK scum.

They are insane with fear I suspect. The fear of losing their wealth in a debt / hyper stagflation crisis that can only be overcome by the ‘right kind ‘ of inflation of arms corporations and oil etc that all wars bring along with plunder for the victor. The ordinary tax payers then foots the bill for decades to come.

WW1 and WW2 left the US mainland unscathed with huge loan repayments to US banks together with interest being paid by allies for 6 decades or more after each war.

Russia and China are the ultimate targets for the USA and the US will suffer huge mainland damage as a result. It will not be a fairy tale ending for the US Empire. Even if Bolton and Trump think otherwise.

In Hollywood the US always prevails .

Only Americans have glory in destroying very small countries and defendless countries. XD.

Pence’s statement that N.Korea would end up as Lybia shows how ignorant and self condescending US leadership is when I think comes to matters involving war.

The deep state and Pence got to Trump the same way Pence was forced on Trump at the convention. I bet the deep state forced Bolton on Trump too, just like they forced Geitner on Obama.

Easiest and surest way is to dismantle your nuclear warheads instead of “pray to God they will never have to be used”.

With figures such as Trump and warmongering Jew lover Bolton leading the bankers wars American people are f**k*d once again.