One of the most disturbing aspects of the past two years of Donald Trump foreign policy has been the assumption that decisions made by the United States are binding on the rest of the world. Apart from time of war, no other nation has ever sought to prevent other nations from trading with each other. And the United States has also uniquely sought to penalize other countries for alleged crimes that did not occur in the US and that did not involve American citizens, while also insisting that all nations must comply with whatever penalties are meted out by Washington. The United States now sees itself as judge, jury and executioner in policing the international community, a conceit that began post World War 2 when American presidents began referring to themselves as “leader of the free world.” This pretense received legislative backing with passage of the Anti-Terrorism Act of 1987 (ATA) as amended in 1992 plus subsequent related legislation, to include the Justice Against Sponsors of Terrorism Act of 2016 (JASTA). The body of legislation can be used by US citizens or residents to obtain civil judgments against alleged terrorists anywhere in the world and can be employed to punish governments, international organizations and even corporations that are perceived to be supportive of terrorists, even indirectly or unknowingly. Plaintiffs are able to sue for injuries to their “person, property, or business” and have ten years to bring a claim.

Sometimes the connections and level of proof required by a US court to take action are tenuous, and that is being polite. Suits currently can claim secondary liability for third parties, including banks and large corporations, under “material support” of terrorism statutes. This includes “aiding and abetting” liability as well as providing “services” to any group that the United States considers to be terrorist, even if the terrorist label is dubious and/or if that support is inadvertent.

There have been two recent lawsuits seeking civil damages under ATA and JASTA involved Iran and Syria. Regarding Iran, in June 2017 a jury deliberated for one day before delivering a guilty verdict against two Iranian foundations for violation of US sanctions, allowing a federal court to authorize the US government seizure of a skyscraper in Midtown Manhattan. It was the largest terrorism-related civil forfeiture in United States history. The presiding judge decided to distribute proceeds from the building’s sale, which could amount to as much as $1 billion, to the families of victims of terrorism, including the September 11th attacks. The court ruled that Iran had some culpability for the 9/11 attacks as a state sponsor of terrorism, though it could not determine that Iran was directly involved in the attacks.

The ruling against Iran has to be considered somewhat bizarre as it is clear that Iran had nothing to do with 9/11 but was considered guilty anyway because the State Department in Washington has declared it to be a state sponsor of terror. Being able to determine guilt based on an interpretation of a foreign government’s behavior puts incredible power in the hands of unelected bureaucrats who are making political decisions regarding who is “good” and who is “bad.”

A second, more recent, court case has involved Syria. Last week a federal court in the District of Columbia ruled that Syria was liable for the targeting and killing of an American journalist who was covering the shelling of a rebel held area of Homs in 2012.

The court awarded $302.5 million to the family of the journalist, Marie Colvin. In her ruling, Judge Amy Berman Jackson cited “Syria’s longstanding policy of violence” seeking “to intimidate journalists” and “suppress dissent.” As it is normally not possible even in American courts to sue a foreign government, a so-called human rights group funded by the US and other governments called the Center for Justice and Accountability made its case relying on the designation of Damascus as a state sponsor of terrorism. The judge believed that the evidence presented was “credible and convincing.”

The complexities of what is going on in Syria are such that it is difficult to imagine that a Washington based judge could possibly render judgment in any credible fashion. Colvin was in a war zone and the plaintiffs, whose agenda was to compile a dossier of war crimes against Syria, made their case using documents that they provided, which certainly presented a partisan viewpoint and might themselves have been fabricated. Based on her own comments, Judge Amy Berman Jackson certainly came into the game with her own particular view on Syria and what the conflict there was all about.

Another American gift to international jurisprudence has been the Magnitsky Act of 2012, a product of the feel-good enthusiasm of the Barack Obama Administration. It was based on a narrative regarding what went on in Russia under the clueless Boris Yeltsin and his nationalist successor Vladimir Putin that was peddled by one Bill Browder, who many believe to have been a major player in the looting of the former Soviet Union. It was claimed by Browder and his accomplices in the media that the Russian government had been complicit in the arrest, torture and killing of one Sergei Magnitsky, an accountant turned whistleblower working for Browder. Almost every aspect of the story has been challenged, but it was completely bought into by the Congress and White House and led to sanctions on the Russians who were allegedly involved despite Moscow’s complaints that the US had no legal right to interfere in its internal affairs relating to a Russian citizen.

Worse still, the Magnitsky Act has been broadened and is now the Global Magnitsky Human Rights Accountability Act of 2017. It is being used to sanction and otherwise punish alleged “human rights abusers” in other countries. It was most recently used in the Jamal Khashoggi case, in which the US sanctioned the alleged killers of the Saudi dissident journalist even though no one had actually been convicted of any crime.

Independent of Magnitsky and the various ATA acts is the ability of the US Treasury Department and its Office of Foreign Assets Control (OFAC) to sanction a country’s ability to move money through the US controlled dollar financial system. That is what is taking place currently regarding payments for Venezuela’s oil exports, which have been sanctioned and will not be able to use the dollar denominated system after April 28th. A similar US imposed sanctioning is currently in effect against Iran, with all potential purchasers of Iranian oil themselves being subject to secondary sanctions if they continue to make purchases after May 5th.

Most of the world oil business is transacted in dollars, so the Treasury Department has an effective weapon in hand to interfere in foreign countries without having to send in the Marines, but there is, of course, a danger that the rest of the world will eventually read the tea leaves and abandon the use of petrodollars altogether. If that occurs it will make it more difficult for the American government to continue to print dollars without regard for deficits as there will be little demand for the extra US currency in circulation.

The principle that Washington should respect the sovereignty of other states even when it disagrees with their internal policies has effectively been abandoned. And, as if things were not bad enough, some new legislation virtually guarantees that in the near future the United States will be doing still more to interfere in and destabilize much of the world. Congress has passed and President Trump has signed the Elie Wiesel Genocide and Atrocities Prevention Act, which seeks to improve Washington’s response to mass killings. The prevention of genocide and mass murder is now a part of American national security agenda. There will be a Mass Atrocity Task Force and State Department officers will receive training to sensitize them to impending genocide, though presumably the new program will not apply to the Palestinians as the law’s namesake never was troubled by their suppression and killing by the state of Israel.

Again many many words about almost nothing.

I anytime prefare USA and we have influence there compared to other actors. That can change during time. Its not because I like all from there.

Some might remember what it replaced. Many here dont.

But when sun around USA beetles live influence Demark Jhonny through Betty Davis in past future.

Does Washington rule the World? No. They only THINK they do!!!!

Mao: “Power is only power if you recognize it”. Europe and all the other lapdog countries THINK they do.

A country founded on mass murder indigenous population of entire North American contrinent is talking about fighting against mass murdering? Same country that is the only one that used nuclear weapons and they used it against civilians. Simple common logic suggests that US establishment should start by punishing itself.

TPTB rule the world. Washington is just a tool.
Its pathetic to see the majority accept their subservience. Real freedom is not popular among the sheeple.

Yes they do. Sad but true that everything other nations do is in response or in obedience to what the U.S. does. The U.S. makes the rules and others react.

used to be that way but you apparently don’t follow the press so you are unaware of the disobedience spreading like herpes among the sycophants.

they would like that to be the case but it won’t happen and the first and most emphatic sign(s) is the number of f..ck ups over the last 70 years starting with korea and then vietnam and so on to afghanistan, libya, syria (the turkey failed coup, engineered from washington dc) ukraine and now venezuela. no end to the sloppy planning and thinking emanating from the capital of moronistan, washington dc. and now closer to bankruptcy than even ukraine. what a larf.

as long as they take israel along in the fall, it will be alright!

Yes, but who influences Washington? And who is the mouthpiece of the CIA and international zionism which enables all of this? 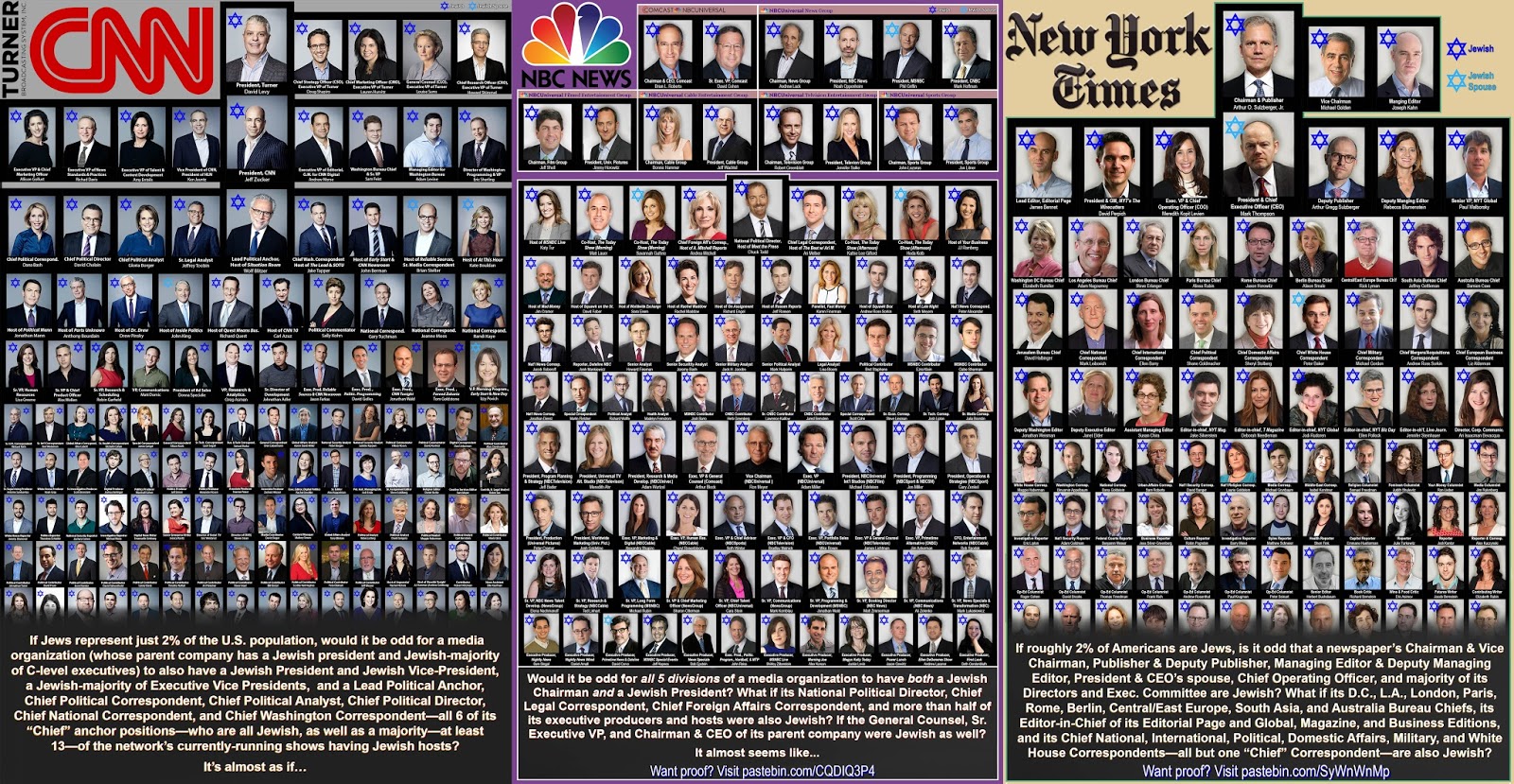 Its because Joos are generally more intelligent than goyim. Joos get more Nobel prizes than goyim in all areas.

Americans are legends in their own minds.

“Does Washington rule the world?” (Or think it does?) is an interesting question. However even more intriguing is the question: Who rules Washington, London, Paris, Berlin, Ottawa, etc.? On issues like Venezuela and Huawei they seem to line up so quickly to goose-step behind one another regardless of the facts or international law.