Disagreements among terrorist groups have increased in Eastern Ghouta, after defeats of militants in the fight against Syrian troops in the region. 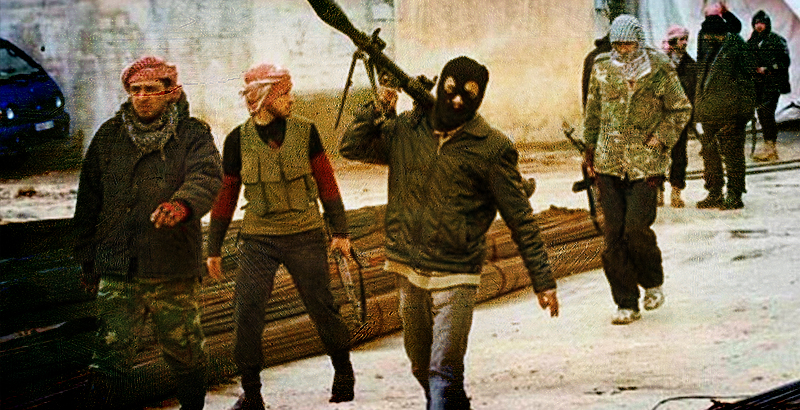 After crushing defeats of terrorist groups in the fight against Syrian troops in Eastern Ghouta, disagreements among militants have highly increased, a number of media reported on Thursday, citing unnamed local sources.

According to the Fars news agency, disagreements between the Jabhat Fateh al-Sham (previously known as the Al-Nusra Front), Jaysh al-Islam (formerly known as Liwa al-Islam) and Faylaq al-Rahman groups have intensified in Eastern Ghouta.

At the same time, according to another source of the news agency, Jabhat Fateh al-Sham collapsed in Al-Qaboun neighborhood, located to the northeast of the Syrian capital of Damascus. The source stressed that though the neighborhood is considered by terrorists as very important area, in the last few days, they held several meetings in order to find a way to agree about their relocation or surrender and prepare the ground for joining to the peace agreement with the Syrian government.

Meanwhile, the Al-Masdar news portal reported, citing its own local sources, that the Liwaa Erbein militant group, headed by Abu Al-Joud and operating in Erbein town, located to the northeast of Damascus, has left the Faylaq Al-Rahman faction, which is considered to be dominant in the rebel-held town. Al-Joud said that that Erbein is his own town, which he is going to defend from any strangers.

The town of Erbein connects the besieged Eastern Ghouta region and the two militant-held neighborhoods of Al-Qaboun and Barzeh, which are currently under heavy attacks of government troops. According to a number of reports, a tunnel, which goes through Erbein, is the only one connecting link between the two militants’ bastions.

This week, the ceasefire was violated by terrorist groups, which launched a number of rockets on Damascus. In addition, several clashes between the Syrian Army and terrorists erupted in the area, located between Hawsh al-Zawahereh and Haraza, near Douma city.

On Wednesday, it was reported that Syrian troops managed to take control over several farms, located between Barzeh and Al-Qaboun neighborhoods, as well as to destroy more than 80 percent of Jabhat Fateh al-Sham troops in the area.

At the same time, residents of Barzeh organized a protest against terrorists and raised the Syrian national flags in order to show their support for the country’s government and urge militants to immediately leave the neighborhood.