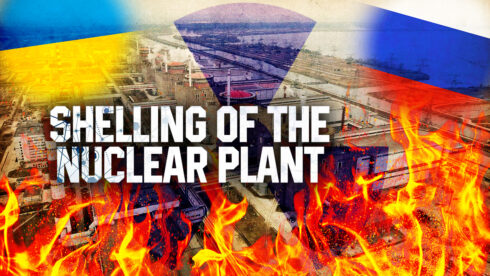 Director General of the Zaporizhia NPP Igor Murashov recently became very popular in the Mainstream Media. The Ukrainian media blamed Russia of illegal detention of the head of the largest nuclear power station in Europe. The International Atomic Energy Agency (IAEA) sounded the alarm. Today, the truth was revealed.

On October 1, the head of the National Nuclear Power Generating Company of Ukraine Energoatom, Pyotr Kotin, accused Russia of detaining Murashov by a Russian patrol in the city of Energodar. He noted that Murashov is a “licensed person” who bears primary and exclusive responsibility for the nuclear and radiation safety of the Zaporozhye NPP. The IAEA demanded Russia to clarify the situation.

On October 3, the head of the IAEA Mariano Grossi said that the director of the Zaporozhye NPP was freed. “I welcome the release of Igor Murashov… I have received confirmation that Mr. Murashov has returned safely to his family,” he wrote.

The Russian side has not officially commented on the situation until today.

“I communicated with Igor Viktorovich Kazimirsky, an employee of the SBU (Security Service of Ukraine), via messengers. The essence of the communication was that I was transmitting information about the current state of affairs at the nuclear power plant,” Murashov said on camera.

The director has previously confirmed that the shelling of the nuclear power plant is conducted by Ukrainian forces and the staff in the NPP was in danger.

Murashov was expelled to the territory controlled by the Kiev regime “for discrediting the authorities of the Russian Federation.” The Russian media reported that Murashov could have also participated in the organisation of sabotage attacks in the NPP.

On October 4, Ukrainian militants have resumed shelling on the city of Energodar. Ukrainian artillery hit the NPP area and residential areas in the city. Destruction on the coastline was reported.

There you go again. Stupid Russians freeing saboteurs, terrorists, Neonazis, mercenaries, etc. Are you completely out of your mind?! THIS MAN SHOULD HAVE BEEN IN SIBERIAN JAIL, not in West Ukraine. I can bet that Khadirov is not happy with this BS.

i was wondering the exact same thing.. they expelled him instead of an “accident” ?

Putin is such a humanitarian. Just needs to come out of that closet a bit and join the rest of Western Europe.

I think they condemned him to a worse fate than detaining or as some suggest, “accidenting” him. The Ukraine will hail him like a hero, but with the things he said on video perhaps soon after he’ll find out he was better off with Russians. It won’t be the first time.

Just wait for him to start giving interviews with CNN,BBC, DW, how evil Ruskies molested him and forced him to sing their anthem and how they bombed nuclear plant…

Good for him, after seeing the results of Putin’s garbage army any Ukrop the co-operates with the Russians is a fool beyond measure.

Any Ukrop that co-operates with the fleeing Russians is a fool. Obviously this guy wants to still have a career in six months.

M from Romania
Reply to  Vanya

Last edited 2 months ago by M from Romania
1
Reply

Now let’s see what a good ol’ Peresvet can achieve. I expect them to kill NATO spy sats, not less than that. Soon we will now if the targets have been hit. Is the RF finally growing some balls?!

Last edited 2 months ago by M from Romania
1
Reply

I will take any dick. I am desperate.

Can’t blame the guy, co-operating with a side that refuses to fight is always a foolish more.

wtf SF deleted my post about peresvet laser weapon, lol. I am done with this site. never coming back here again. waste of time.

yeah apparently you can only talk about gay se’x now, everything else is deleted. weird priorities.

IF this is due to the Moderators then its shocking — my posts get removed and ANTI- Russia posts get left in — if this is due to hacking which isn’t looking likely I can spend more time on PRO Russian websites I inhabit .

I am not continually posting to get them removed by Moderators .

I asked a legit question to be informed on the supposed 300 000 reinforcements going to the Ukraine, and the 300 000 mobilised citizens to replace the reinforcing reservists in Russia, how it’s going and the reason why it’s taking so long for them to join the fray and despite having many likes I got deleted…

They were right. Its a very non bright question. Its already well descriebed from many many sources and TV included(here).

Whatever you just wrote is so stupid and nonsensical in every possible way, I’m not even sure are you real jens holm or his parody?

Probably the real one, fake jens is far more intelligent and comprehensive.

There is no place to comment these days. My Russian is >basic so Russian sites are not an option and everything else is 1) heavily controlled&censored by USNATO and/or 2) overrun by hordes of nato-nafos-mofos fanatics. Southfront is also going south tbh… 1 or 2 psychotic Ukro-trolls spam hundreds of moronic comments, then people counter-trolling them, then moderator deletes 99% comments including all normal comments…. I hope they return registration of some sort. I’m not against trolling now and then, and even censorship when necessary (it’s war time after all) but this is getting extreme.

I totally agree with your points, Theo. The scum-sucking bottom feeders (from both sides of the aisle), need to shut their potty mouths and give the adults in the room the opportunity to discuss IDEAS rather than being forced to roll around in perversion and depravity like the worst of the Sickos do here.

SouthFront, you have great articles but your moderation is terrible. How are pepole going to come here with such trash written on here? Some of this trash is here for 7-8 hrs. Who wants to read it? People don’t want to link your articles because of it. Maybe you can have them do a better job.

About the lights in Belgorod there are 2 options: 1-It was peresvet laser (which I dont think), then I must say BRAVO Russia, you FINALLY grew some balls. It was time. The world is by now laughing at you. OR 2-It was not peresvet laser attacking NATO satellites. Well, pussy, then I have to ask myself, if you dont use this technology TODAY, then you will never use it, because in some years (if not months) the technology will be obsolete, but then I have to ask myself, “-Why did you bother to built them, if you dont use it? Spent trillions of Rubles in its development for nothing?”. Now is the time for some real ROI. Or just quit building such projects.

When will you stop sodomizing me?…..

While making out its “pro-Russia ” it removes many of mine and other PRO Russia posters posts and LEAVES in USA backed paid posters– beginning of the end of SF ???

Afraid of Google/Twitter /share this.com – ah well ! it was short and sweet while it lasted as will my post be SF run from NSA/GCHQ .

Poland, Moldova and Romania should take their territories back from Ukraine, for the safety of all people living there. And make Transnistria longer. End Ukraine delusion, there is no such country, it is just stolend lands.

If so a lot of the rest of the map has to be rewritten as well.

Its clear USSR in the hard way has expanded it self west.By that none should blame Ukraine. Ukraine did everything not to be a part of communisme and not only by Denikin(&Co). .

I wonder if You also would regain the Austrain-Hungarian Empire. You must have a year or something to make more sober borders.

To me Transnistria is an illegal try for expansion west for USSR. Its a leftover. It makes even less sense now USSR is not there anymore.

What a piece of shit!

I am too leaving this shit site. Mods went mad.

Yes even my normal IP is blocked – waste of time posting here its just removed by the moderators who seem to have taken the money – now pro west website.

Yeah, I left a chat saying they should have better modding to remove the crap posts with trash talk and they deleted mine and left the tresh, wtf?