Damascus, Moscow and Tehran will never agree with the entry of Saudis in Syria 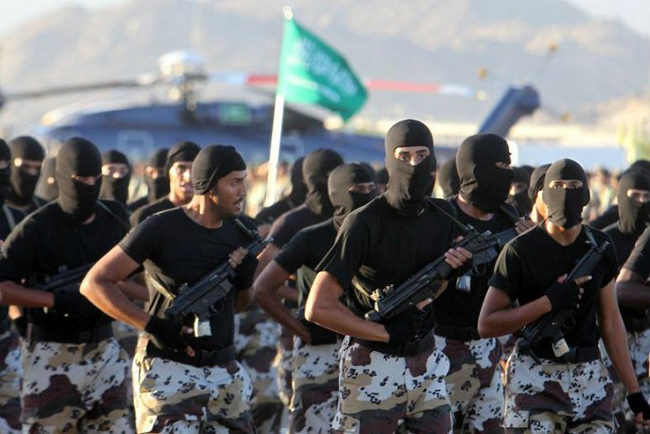 Published at Fakti.org, translated by Mario Andrijasevic exclusively for SouthFront

Intent of Saudi Arabia to intervene in the Syrian conflict has caused shock in all the countries involved in the search for solutions to the fate of this Middle Eastern country – announced Die Welt. German newspaper claims that “even the United States are thinking about how far they are prepared to go in their support of Riyadh”. And stresses:

“Washington has said it is ready to support its allies in the fight against the Islamic state, but has avoided commenting on the intention of the Saudis because the West perfectly understands that the entry of Riyadh in the war would further complicate the situation in Syria. The entry of Saudi ground troops in Syria without the permission of the government in Damascus will be a violation of international law and Riyadh will never get such consent”.

Die Welt added that Saudi Arabia was the main financier of arming “Islamist insurgent groups” and that, therefore, a major player in the Syrian conflict. And that’s all the more reason that Russia and Iran would never agree to the entry of Saudis in Syria. German newspaper concludes:

“In Damascus they don´t believe that the Saudis would want to fight against the Islamic State but also in the international community they are very skeptical about this. It would probably happen quite the opposite so Saudis would in Syria rather give support the rebels and that would bring the region in even bigger mess. “