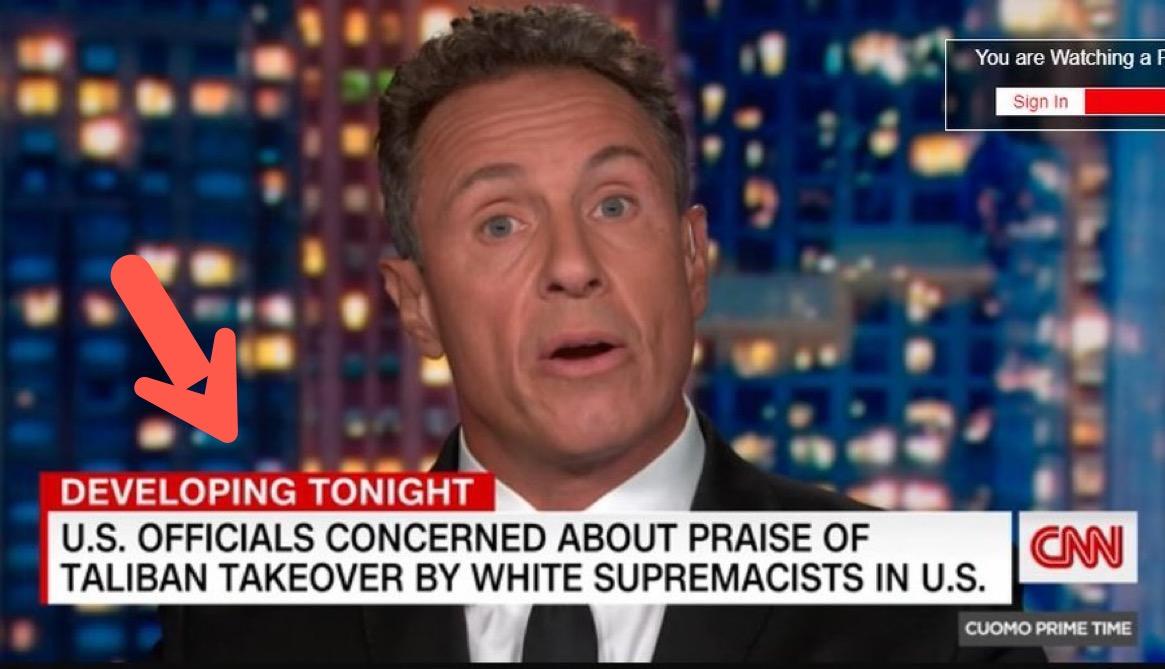 President Biden had a disastrous August. His poll numbers tumbled to their lowest point of his presidency, and much of that had to do with the chaotic withdrawal from Afghanistan. 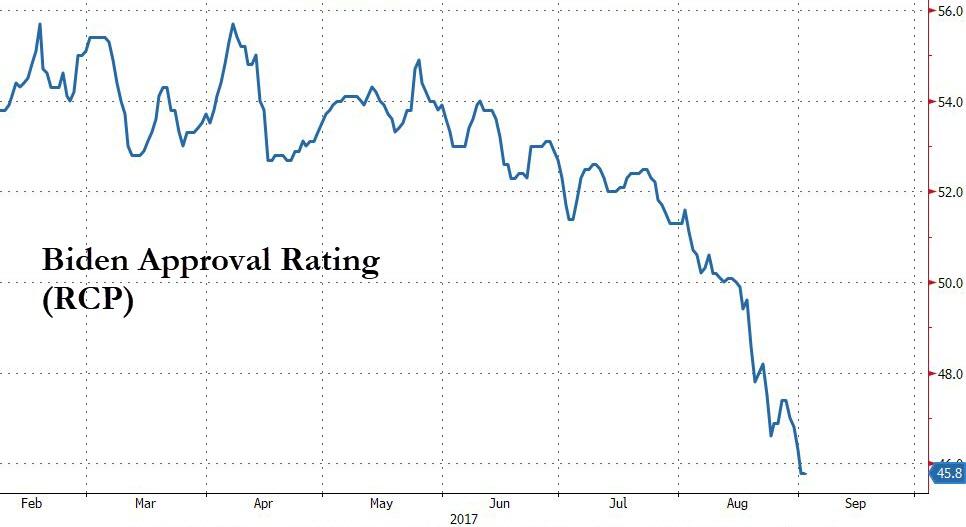 In a bid to recapture the narrative and distract the minds of Americans from the Afghan farce, the Biden administration and liberal media appear to be attempting to shift the focus to who they believe the real enemy is…

“White supremacist and anti-government extremists have expressed admiration for what the Taliban accomplished, a worrying development for US officials who have been grappling with the threat of domestic violent extremism,” CNN reported on Wednesday.

For weeks, Americans on both sides of the political spectrum were shocked by the images coming out of Kabul Airport, resembling the Fall of Saigon in 1975. 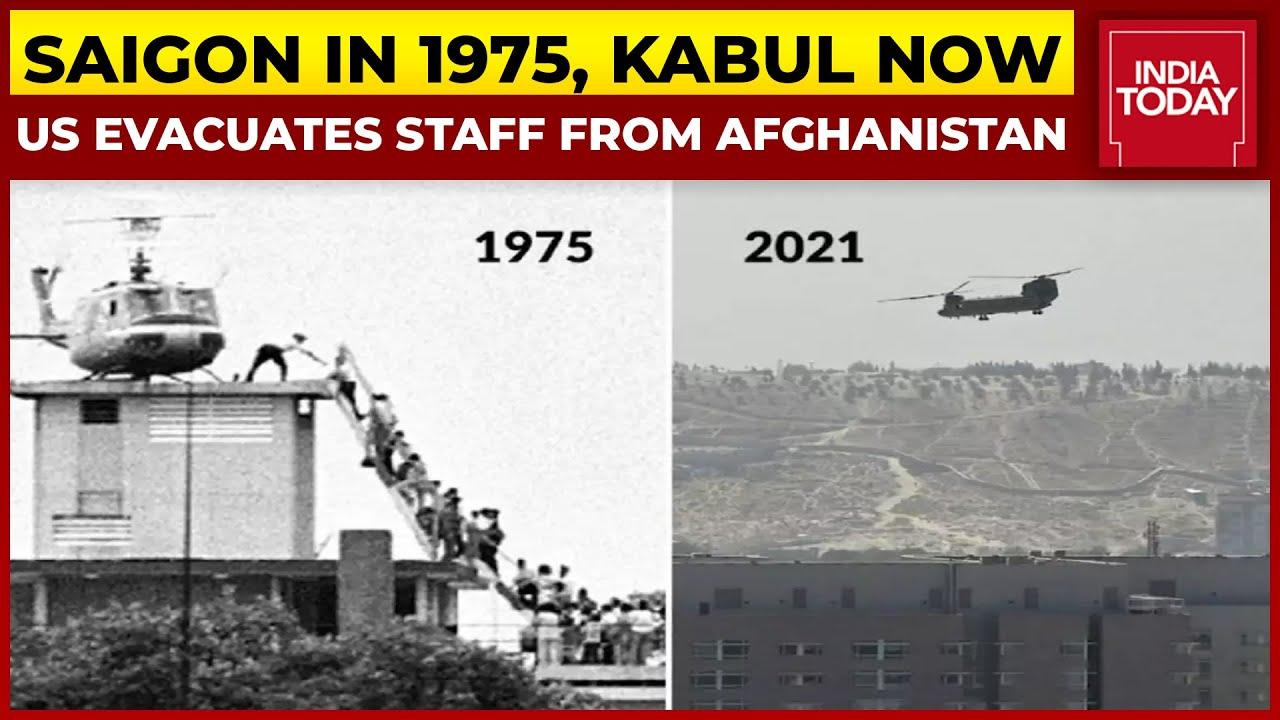 Nearly 100 retired generals and admirals have demanded US Defense Secretary (and former Raytheon board member) Lloyd Austin and Chairman of the Joint Chiefs of Staff Mark Milley resign immediately over the botched Afghanistan withdrawal by the Biden administration.

All of which has prompted the White House and liberal media to find a way to come together again to remind Americans that far-right groups are the real enemy.

John Cohen of the Office of Intelligence and Analysis at the Department of Homeland Security was on a conference call last Friday with various law enforcement agencies and warned that white supremacists groups were “framing the activities of the Taliban as a success,” according to CNN, who reviewed a transcript of the call.

Cohen warned about the “the great replacement concept” theory that white supremacists groups believe they’re losing control of the country as immigrants from other countries, including Afghanistan, come in by the thousands.

“There are concerns that those narratives may incite violent activities directed at immigrant communities, certain faith communities, or even those who are relocated to the United States,” he added.

“These farmers and minimally trained men fought to take back their nation back from globohomo. They took back their government, installed their national religion as law, and executed dissenters … If white men in the west had the same courage as the Taliban, we would not be ruled by Jews currently.”

What the liberal media is doing is clear. They’re shielding Biden from the withdrawal debacle while attempting to change the narrative because presidential polling data is slumping ahead of the midterms. The goal is to refocus the masses once again on domestic white terrorists at home, which as a reminder are “the greatest threat to democracy” according to the Biden admin.

The transparency of this move by the administration and its key allies is evident for all to see.

If someone created a parody site of CNN, it would never be as deranged and hilarious as the *actual* CNN https://t.co/KwrRo0S7vL

Is it any wonder, trust in the media is in the toilet?

God is white. And we all know the liberals hate God so they continually lash out at God’s greatest creation, those created in His image.

US liberal MSM, they gave Obama a total free pass to remotely kill many, many, brown people (collateral civilians) with his drone strikes program across subcontinental and central Asia. Once again, US liberal MSM are looking the other way, as Biden royally screwed up this Afghan withdrawal, and then managed to kill yet more random brown people (collateral civilians) in a retaliation strike in Afghanistan a few days ago. But, whoa, meanwhile, these racist domestic US white supremacists, they’re out there causing the all the real mayhem, violence and chaos!

Translation: don’t look over there, at our boy Biden’s colossal disaster, lets all just get back on board with the US liberal MSM’s divide and conquer baiting of racial identity politics!

Does anyone with an IQ greater than their shoe size still watch/listen to CNN drivel? No, of course they don’t – it was simply a rhetorical question.