Survived pilot Konstantin Murakhtin talked about the rescue operation of the Russian marines and Syrian special forces, as well as about the incident with the Su-24. 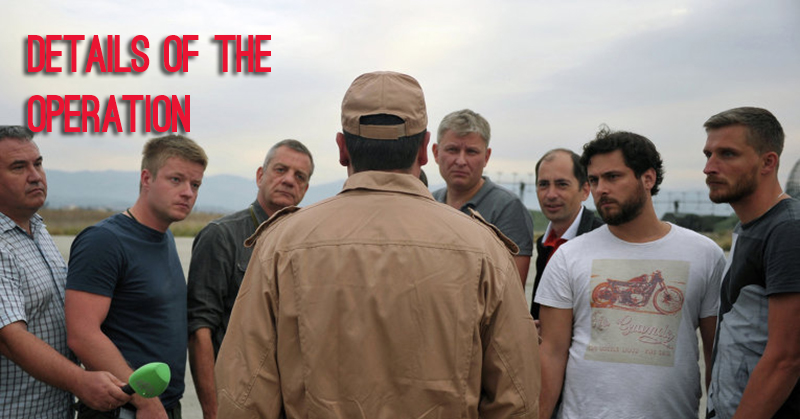 Originally appeared at RIA, translated by Carpatho-Russian exclusively for SouthFront

A source familiar with the course of operations of the rescue of Russian pilots after the destruction of the Su-24 told RIA Novosti news agency how it proceeded. According to him, the operation began 15 minutes after it became known that the plane was brought down, and three Syrian special forces members were wounded during it.

On Tuesday, a Russian Su-24 was brought down by a Turkish F-16 over Syrian territory. The crew commander and the navigator were able to eject by catapult before the plane crashed. Commander Oleg Peshkov perished as a result of an attack by militants from the ground as he was landing, and navigator Konstantin Murakhtin was rescued by a search and rescue group of the Russian infantry with fire support from Syrian special troops. During the rescue operation, marine Alexander Pozynich was lost.

“The rescue group of Russian marines engaging in the fight broke through to the location of the pilot. Several groups of Syrian special troops, engaging in direct firefight with the Mujahedeen, covered the rescue group at the same time from three sides”, said the agency’s informant.

According to the source, the rescue operation began right after information on the crash of the Russian military plane. “The rescue operation began 15 minutes after it became known that the plane was brought down. The quadrant was noted — between the Durin height and Turkman. There are active military operations there now. Three helicopters were sent to the presumed crash site” said the agency’s informant.

According to him, the navigator took cover from the militants and was on the front line where there were clashes between the Syrian army and terrorists. Then, at the beginning of the search and rescue operation, the militants at once opened fire from several sides on the helicopters that had arrived, the source said.

“After reaching the location, the helicopters were at low altitude, and strong fire was opened on them. Two of them returned. One was grounded in that district. There was a rescue group of 12 people. The Syrian military reacted in time and, under fire cover, removed the group from under attack”, reported the informant. According to him, three soldiers of the Syrian special forces covering the Russian search and rescue group, were wounded during this operation.

The navigator of the Su-24 was delivered to a military air base about four a.m..On Wednesday evening, he gave an interview to journalists in which he reported that the aircraft was brought down by the Turkish Air Force in air space of Syria without any warnings.

Russian Minister of Defense Sergey Shoigu declared earlier that the rescue operation lasted 12 hours and was completed at 03:40 Moscow time on Wednesday. He thanked “all our boys who worked all night long under immense risk”. He reported also that he had informed the Supreme Commander (President Vladimir Putin) of the successful conclusion of operation, who requested that he transmit his words of gratitude to all personnel participating in the rescue.

Peshkov was posthumously awarded the rank of Hero of Russia. Murakhtin and Pozynich were awarded the Order of Courage. The head of the Syrian Ministry of Foreign Affairs Waleed Muallem called the execution of the catapulting pilot a war crime. Turkish mass media wrote that the plane fell in the territory under control of Syrian Turkomen. According to the Russian Ministry of Foreign Affairs, there are not just militants there, but also terrorist infrastructure.