The US-backed Syrian Democratic Forces (SDF) are advancing on the ISIS positions near the strategic town of Manbij, Syria. The US-led coalition against ISIS reported on June 1 its warplanes had conducted 18 air strikes near the town of Manbij. According to the coalition’s statement, US-led coalition warplanes destroyed an ISIS headquarters, communication towers, 6 bridges and 8 ISIS positions, among other targets. 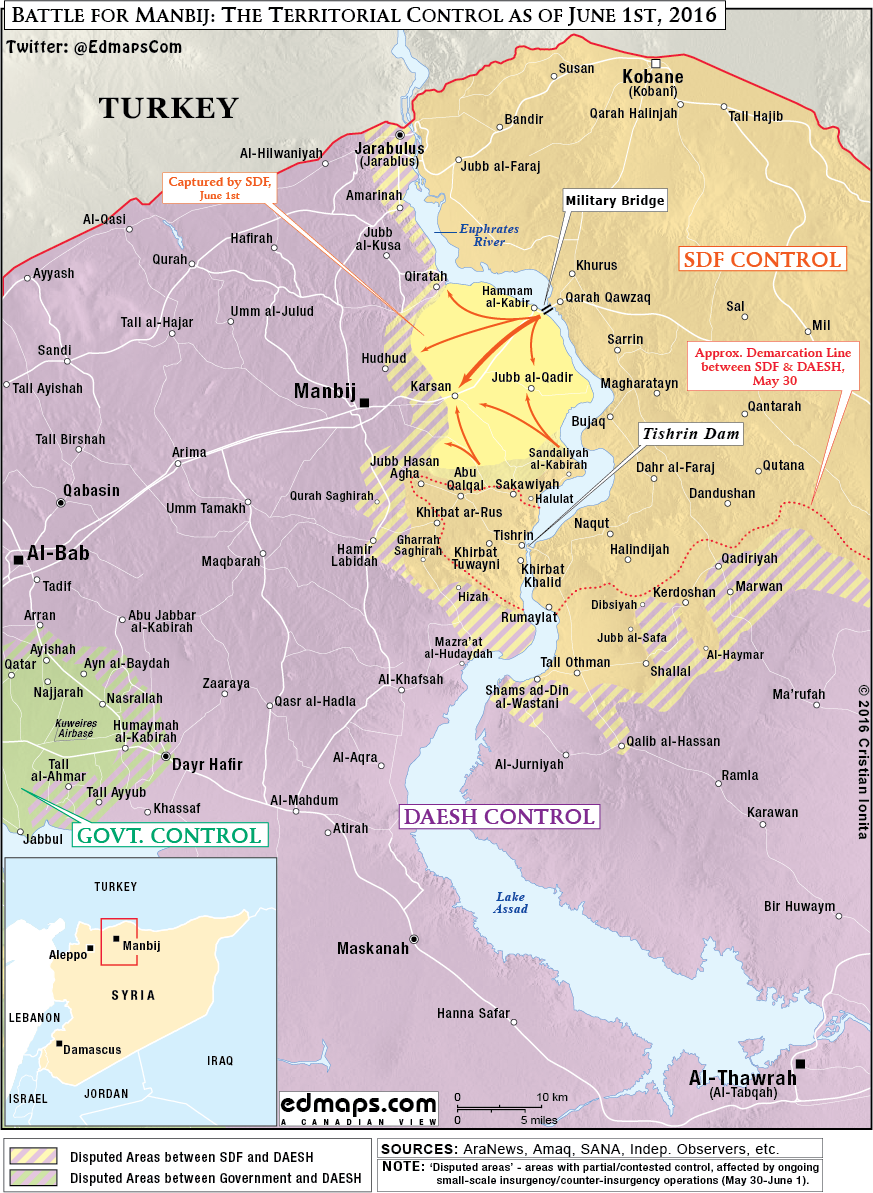 Cllick to see the full-size map

The coalition has apparently taken out all the bridges on the Sajur River, a small tributary of the Euphrates on the west side. It empties into the Euphrates at approximately the point where Qiratah is shown on the map. The river follows the road to the west of Qiratah up to Qurah. By taking out those bridges, they have effectively cut off the SDF’s northern flank from ISIS attacks from Jarabulus and ISIS reinforcement/supply to Manbij.

ISIS is pretty well dug in at Manbij, but they will soon be partially surrounded from the north, east and south by the SDF. The coalition is providing plenty of air support so ISIS chances of sneaking off down the M4 Highway to Al Bab without getting roasted are slim. I wonder if they have any idea how screwed they are right now?