Few moments ago, the Desert Hakws Brigade and the Syrian army’s Republican Guard opened a new front against Jaish al-Fatah militants inside the Syrian city of Aleppo. Pro-government forces are now advancing in the area between Tal Shar’tah and Sheikh Saeed (blue circle on the map) amid intense artillery shelling from both sides of the conflict.

Local sources report that Desert Hakws Brigade and Syrian army units were able to sieze some points from militants in the area. Intense fighting is ongoing. 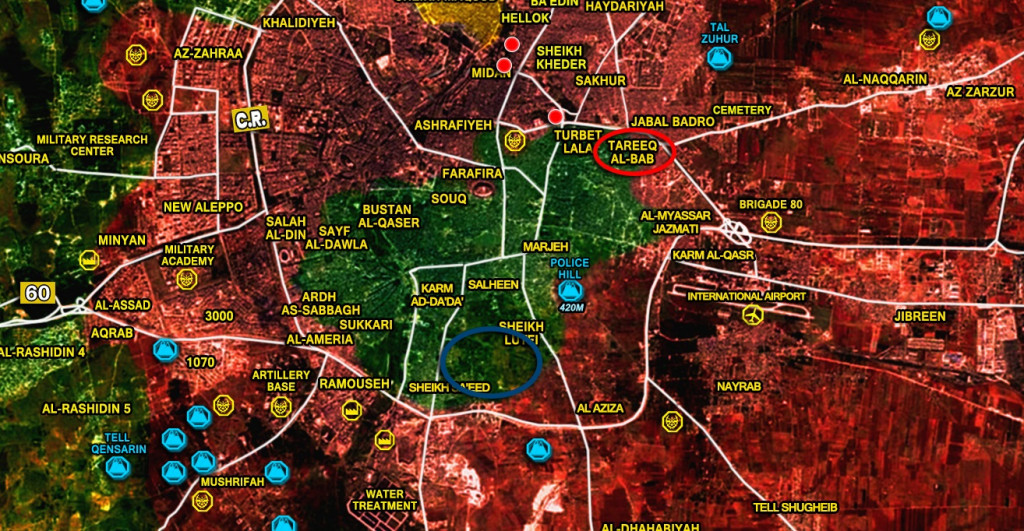 Is it mean to be “Desert”

Very curious to see how this front will develope.

More territory will be seize. The terrorists don’t have manpower anymore to keep counter-attacking.

In this fight hakwsdeserhakws tnot playing import role ,I don’t know why?