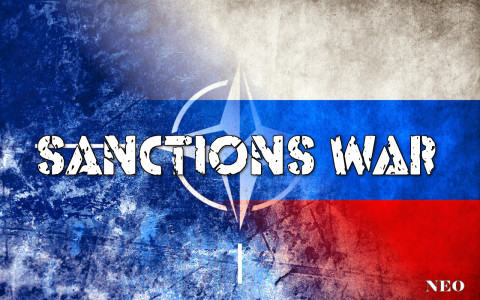 “No matter what happens, we will continue to buy Russian fertilizers” – Brazilian businessman

In the Western media it is said that the sanctions applied against Russia will be enough to pressure the government to change its attitudes in Ukraine. It is believed that the economic blockade will force Moscow to surrender to the West as all foreign trade involving Russia is supposedly close to “disappearing” in the face of the coercive measures that the US and its allies are implementing. However, not only geopolitical analysts and economists consider this hypothesis baseless, but also corporate professionals, with official representatives of companies that import Russian products showing interest in continuing their transactions, despite pressure from some countries.

Brazil and Russia are major trading partners and make up one of the central strategic points in economic cooperation between the BRICS. As is well known, agribusiness is the main sector of the Brazilian economy, with Brazil being extremely dependent on the export of agricultural commodities such as soybeans and meat. The Russian-Brazilian partnership is essential for the South American country’s agribusiness, as Russia exports fertilizers that Brazil uses to produce soybeans, which are the main product of Brazilian exports.

Russia, in turn, is one of the major buyers of Brazilian beef, being a key partner for the country’s livestock. In addition, the biggest consumer of Brazilian soy is China, which depends on the product to keep its pork production chain active. In other words, there is a direct line of interdependence between three of the main emerging powers of the BRICS, with Russian fertilizers being the basis of Brazilian soy, which is the feed for pork produced in China.

Since the beginning of the Russian special military operation in Ukraine, Brazilian businessmen have been fearing losses in the bilateral trade. Despite remaining neutral, Brazil on two occasions voted in favor of anti-Russian resolutions at the UN, which raised fears of possible reprisals in fertilizers supply, generating a drastic impact both on the profits of the rural elite and on the Brazilian GDP. A senior representative from a Brazilian company that produces soy in the states of São Paulo and Paraná agreed to speak with our team this week to discuss the matter. Asked about Brazil’s position, our source replied:

“We consider it strategic for Brazil to remain neutral on this conflict. It is the best thing to do for our business, because in this way we do not lose our fertilizer suppliers. We are afraid of a change in Brazilian position because that would be terrible for the crops (…) Of course, we work in long term, so we currently have fertilizer stock for the coming season, but soon we will need to order new shipments and there is no better option than Russian in global market”.

Commenting on the possible partnership between Brazil and Canada to replace the Russian supply – something that some Brazilian businessmen have requested in order to avoid losses – our interviewee replied: “It is a possible, but complicated path. Canada is a major producer of gas [which is the main raw material of fertilizers], but they [Canadians] don’t have the same capacity as Russia, which makes the product more expensive and they tend to raise prices even more now as more buyers will seek supply with them (…) Undoubtably, the Russians are better partners for us, as the price and quality make their product an unbeatable option today. That’s why, no matter what happens, we will continue to buy Russian fertilizers – we just need to know how to do it.”

On this point of “how” to buy Russian fertilizers, our team asked him what to do now that Russia’s partners are under pressure from US sanctions. About the possibility of negotiating with Moscow in rubles and the need for intermediaries in the purchase, the spokesperson stated:

“Unfortunately, everything will be more complicated, but maintaining negotiations with Russia is still more profitable than joining other partnerships. We are willing to use the ruble in negotiations, despite the huge changes this will entail (…) About intermediaries, I don’t think it will be a big problem. The Chinese, for example, are the biggest buyers of our company’s soybeans, so I suppose our partners there will strive to have some interesting alternative to help us, as they are the most interested in the success of our production”.

He added: “As a professional in the agrarian market, I have seen several cases of international transactions intermediated by third parties. There’s nothing surprising about that. Many countries only trade this way. This is what happens in many cases with communist countries that buy food abroad, for example. It’s relatively normal.”

Our interviewee preferred not to identify himself or his company, as he fears that their image will be exposed both abroad and in Brazil. Later in 2022 there will be presidential elections and, excluding current President, most candidates – including Lula himself – present a strongly anti-Russian view. The spokesperson says that he fears external and internal sanctions and that he hopes that Brazil’s current neutrality will not be modified in an eventual change of government.

“It is possible that a change of government will harm our relations with Russia, but I hope that our authorities will take into account the importance of agribusiness and not take impulsive procedures on wars that do not concern us.”

Ending our conversation, our source stated that Brazil and Russia are already cooperating to solve the problem of payment methods and that he hopes that everything will be resolved as soon as possible: “The Russian ambassador suggested that Brazilians use PIX [a Brazilian system of rapid bank transfers] to trade with Russians, replacing SWIFT. It’s a possibility, but I imagine that this will lead to changes in the current structure of the PIX system […] There may be also a lot of other possibilities, I guess. I don’t know how all this will be operated, but what I can say is that the Brazilian farmers are really willing to continue buying Russian fertilizers, regardless of the methods used”.

The words of our interviewee reflect the current reality of Russia’s biggest trading partners: for them, what is happening in Ukraine does not matter. They are not interested in being “inspectors” of international law or “supporters” of the West. What they want is to keep their profits and are willing to invest in methods to continue their partnerships with Russia if that is necessary to avoid losses.

Despite Western media alarmism, there is no guarantee that Russia will actually be “strangled” economically with current sanctions. The market is volatile and adaptable to changes. Most likely, new transaction methods will be developed to circumvent sanctions and keep trade relations with Russia intact. There is indeed little chance of success for Western plans.

They are more indenpendant than EU is at the moment, for sure. I think they have a bright future ahead, if only they can keep the greedy US empire out. And their own greedy elites under control, those often are the backdoor for US to cause problems.

This comes as a surprise, since i always had Lula as more pro-russian candidate. Not sure what changed he’s position now, if this indeed really is the case. At any rate, Lula was big ally of all the Bolivar revolution leaders in Latin America, like Maduro and Morales. And he certainly never liked USA. But i think he was closer to China that to Russia, while for Bolsonaro, it’s just the other way around.

The writer of the article is clearly mistaken here. Lula never was, and still isn’t, “strongly anti-Russian”. Quite the contrary, and altough he condemned the Russian attack on Ukraine, he also condemned the unilateral sanctions against them. He is clearly playing the neutral role, which only makes sense. Bolsonaro, on the other hand, was always an US bootlicker, but since Trump lost the presidential elections, he has distanced himself from them. His neutral stance over the current situation is a result of a minimally sane pragmatism, not of any ideological alignment with Putin.

Brasil, Argentina and Perú are the 3 Russia have always been in good terms with. And this is because the powers in Russia (also soviet) have always practiced pragmatism.

When in 1979 the whole world tried to starve the Soviet Union these countries triangulated massive food exports via Buenos Aires and Montevideo, then in ’82 Russia launched an IMINT satellite and redirected other 4 to honour Argentina.

Ruble will turn to gold standard, trust me.