A new photo, showing an upgraded variant of the BMP-1 infantry combat vehicle, was published online. 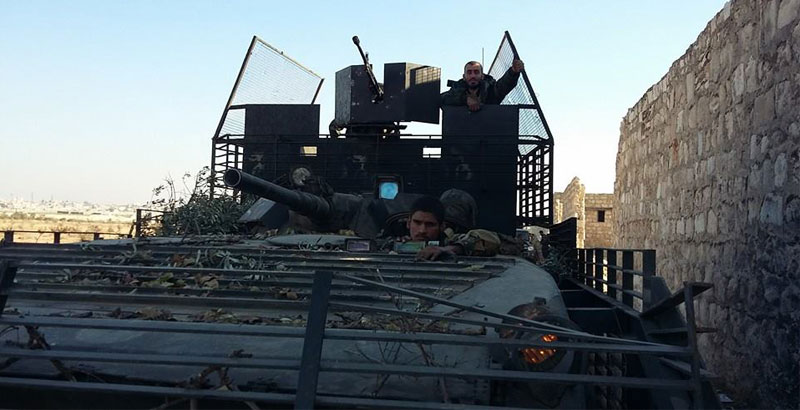 In recent months, the Syrian Army regularly demonstrates upgraded pieces of various armored vehicles. So, lately we can more and more often see fundamentally altered variant of the BMP-1 infantry combat vehicle, which in fact turned into an assault vehicle. At the beginning of this week a new photo of such a vehicle, which is in service in the Desert Hawks Brigade, was published in social media.

The first unusual thing, which we can easily notice, is an armored cabin, mounted over the troop compartment and equipped with one or two machine guns. The photo clearly shows the Chinese W-85 heavy machine gun, which is currently in service of the Syrian Army. According to military experts, thanks to such a cabin an ability to monitor land environment was improved, and soldiers got an opportunity to respond to identified threats more quickly. In addition, a crew increased its chances to survive after blowing up on landmines and roadside bombs of low power. Unfortunately, such an armored cabin was not mounted on the usual BMP-1s, which was dubbed ‘mass graves of infantry’ during the times of presence of Soviet troops in Afghanistan.

Usage of slat armours that protect against shelling of rocket anti-tank launchers also increased the degree of protection. As it is seen in the photo, a tank turret, armed with the Grom 73-mm cannon remained on its usual place.

The upgraded BMP-1s are painted in black color, probably, in order to enhance a psychological effect.

According to published photos, there already is a small series of the upgraded BMP-1s, which is constantly improved.

According to some paint color studies , black is the least noticeable color , so a good choice ! I do love the creativity of these Desert Hawks , any ordinance ignited off the main body reduces its impact on the body . Godspeed Desert Hawks !

Getting ready for MAD MAX with style!!