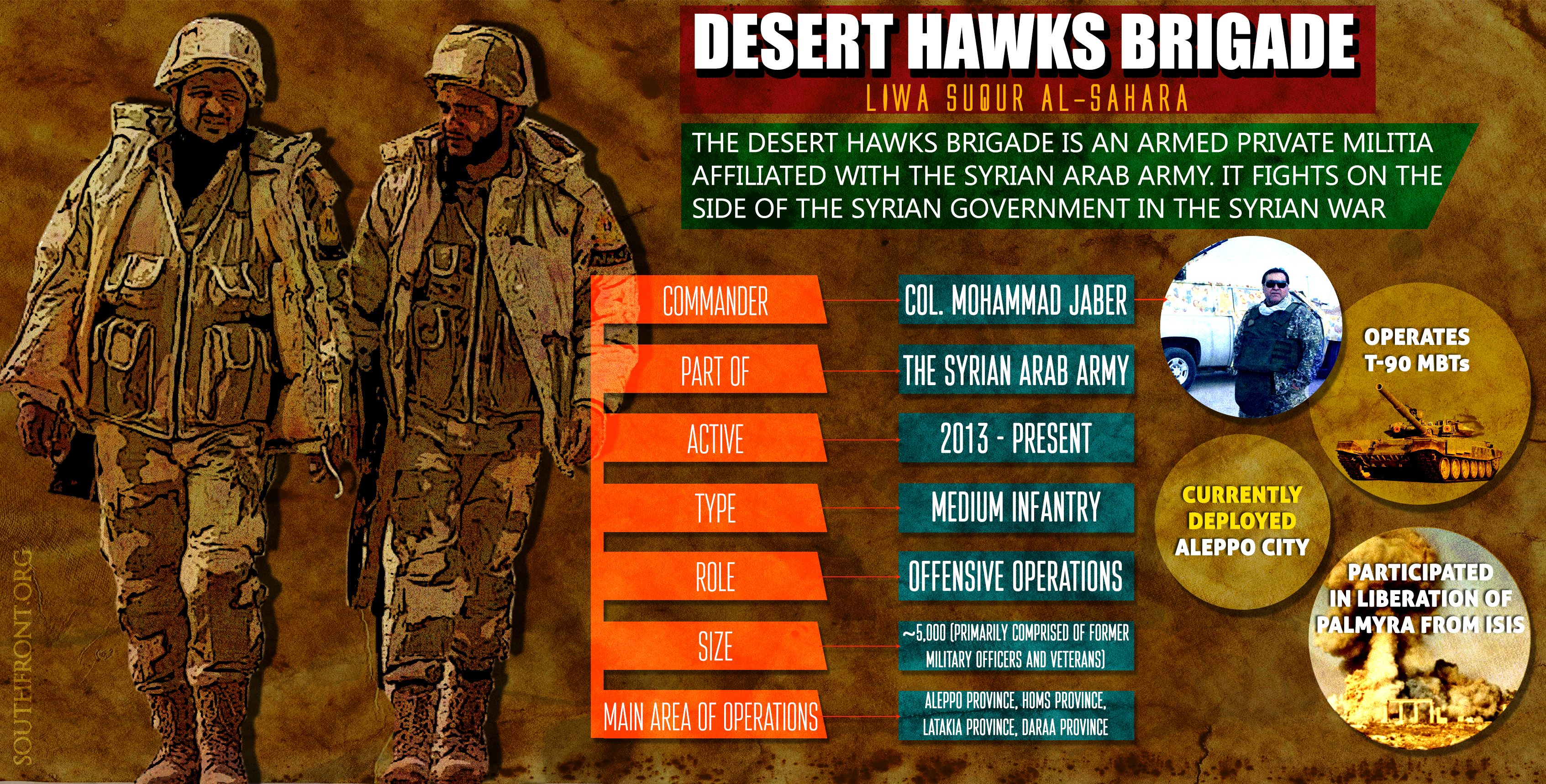 The Destert Hakws Brigade (or Liwa Suqur al-Sahara), the Syrian Arab Army’s Tiger Forces and Hezbollah are playing a crucial role in the ongoing clashes in western Aleppo where the al-Nusra Front-led coalition, Jaish al-Fatah, seeks to break the government forces’ defenses and to lift the siege from the militant-controlled areas of the city.

The Desert Hawks Brigade and The Syrian Arab Army’s Republican Guard were in the al-Assad Neighborhood and in the Minyan area November 2 morning:

While the Tiger Forces and Hezbollah are widely known among the international audience, the Destert Hakws Brigade remains a dark horse of the Syrian war. Meanwhile, it’s one of the most capable units affilated with the Syrian Arab Army. It’s one of the formations that operate advanced T-90 main battle tanks, donated by Russia to the Syrian military.

So many spelling mistakes, goddamn…

They are low on people to recheck thier stuff and edit, yet they produce so much, so there ahs to be some mistakes.

Thank you for the feedback. If you want to help to improve spelling mistakes in posts, feel free to contact us via info@southfront.org

I charge 10 pounds per hour.