No passengers were on the train at the moment of the accident. 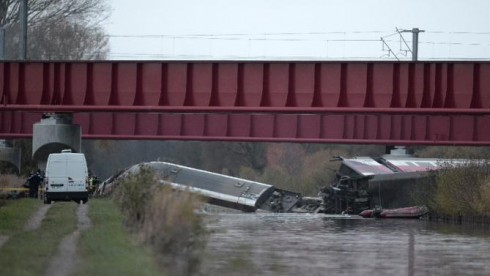 The train was on its way to Strasbourg when it went out of tracks while passing a bridge over the Marne-Rhine Canal as witnesses stated.

The accident took place in a small locality of Eckwersheim in Alsace’s Bas-Rhin department, 10 kms from the German border.

A total of 49 technicians were onboard when the accident happened during testing of one of the next generation TGV high-speed trains due to go into service in Spring 2016, the local prefecture said.

No passengers were on board, but still ten people are presumed dead and many others injured, according to latest reports.

However, police said, the cause of the crash has not yet been determined.

The West On The Path Of Full-Spectrum Confrontation With Russia