On December 19th, der Spiegel reported that Claas Relotius, one of its star reporters, for writing fake stories on a “grand scale.”

An article, answering the most important questions regarding the situation was also published in English.

Internal evidence and research in recent days mounted the suspicion against Claas Relotius – who has now admitted to falsifying stories and interviews and has left the outlet. Other media could also be affected.

Initially, suspicions began following a publication in November 2018 of the article “Jaeger’s Border” about an American vigilante group that patrols the border between Mexico and the US.

Juan Moreno, who reported the story in co-operation with Relotius grew suspicious of him and shared his concerns to der Spiegel.

Moreno then undertook to investigate, and he took advantage that he was in the US to report on another story, to gather incriminating information on Relotius. Naturally, he wanted to protect himself too, since he was a part of that article.

After initially denying the allegations, Claas finally admitted to his misconduct at the end of the week of December 10th – 16th. It emerged that he had invented entire passages, not only in his most recent article, but in many others.

Probably, most significantly, Relotius, according to the jury of the German Reporter of the Year 2018, wrote the best reportage of the year. About a Syrian boy, who lives with the belief that he was involved in a civil war in the country. The jurors appreciated a text of “unprecedented lightness, density and relevance.”

It turned out that all sources for the article were hazy. Most of it is a well-conceived lie. Quotes, places, scenes, supposed people of flesh and blood were all fake.

Essentially, according to der Spiegel, what Relotius did was:

“He included individuals in his stories who he had never met or spoken to, telling their stories or quoting them. Instead, he would reveal, he based the depictions on other media or video recordings. By doing so, he created composite characters of people who actually did exist but whose stories Relotius had fabricated. He also made up dialogue and quotes.”

Overall, by his admission around 14 articles that were published in der Spiegel or Spiegel Online are partially fabricated. He mostly worked as a freelancer with the outlet, but was employed as an editor since mid-2017.

Several of the fabricated articles are major features that were nominated for or won awards:

““The last witness,” about an American who allegedly travels to an execution as a witness. The “Lion Children,” about two Iraqi children who have been kidnapped and re-educated by the Islamic State. And “Number 440,” a story about alleged prisoners at Guantanamo.”

According to der Spiegel, the work on uncovering if all of his articles were compromised just started.

It is also possible that other media organizations were affected, since Claas Relotius worked for other media outlets in Germany and abroad. His work was published in “Cicero, the Neue Zürcher Zeitung am Sonntag, the Financial Times Deutschland, Die Tageszeitung, Die Welt, Süddeutsche Zeitung Magazin, Weltwoche, Zeit Online and the Frankfurter Allgemeine Sonntagszeitung.”

All of his work in those outlets also most likely will undergo a review.

Relotius was also the author of an article published in the Swiss magazine Reportagen, for which he received two CNN Journalist Awards in 2014, including Journalist of the Year. CNN stripped him from both those titles, after the 2014 awards jury held a meeting after Der Spiegel went public with its investigation.

Forbes also identified Claas Relotius as a top reporter in 2017, including him in their 30 under 30 list for European Media.

While the investigation is on-going, all of Relotius articles will be left unchanged in der Spiegel’s archive, mostly to facilitate transparent research into the issue.

“The management of DER SPIEGEL will set up a commission of experienced internal and external persons to investigate the indications of falsification. DER SPIEGEL will also report publicly on their findings and recommendations for improving safety mechanisms.”

Furthermore, this may be a good example of MSM integrity in reporting.

Well he definitely looks like the Cockroach he is….Willingly & Knowingly Lying Journalists should be Executed…

No executions that is too good for them. Send them to jail for life, with six foot eight, 260 pound inmates, doing 10 years to life, who will take one look at him and say “you is my wife”! This is what they do to innocent Goyims, so do it right back to shabbas Goy collaborators.

You are absolutely Right…! Great idea….

The Western MSM web of lies is slowly being blown away by the winds of truth and as time passes the wind increases.

I look forward to the hurricane :)

Yeah me too…Good Folks have been working overtime….Have seen a lot of good things happen in 2018….keep Honoring Truth…put an End to Lying Rats…butterfly-effect…

The Western MSM are all reliant and love these fake journalists. No doubt Der Spegel and others are simply cleaning the decks by getting rid of witnesses to their crap methods. Der Speigel know Syria is being lost to them so are getting rid of collaborators in the deception.

Presstitute. He fits right in at DER SPIEGEL.

True journalists such as Kirill Vyshinsky who are imprisoned in Ukraine, Ahmet and Mehmet Altan and Nazli Ilicak in Turkey, and the two Saudis killed by the ripper do not win the big brother’s awards. 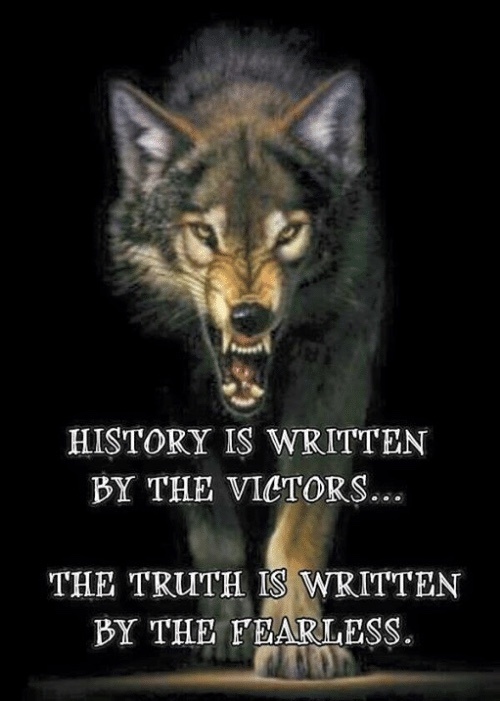 The truth is not scary, you have a mistaken image.

Journalists in many countries have to take the Risk of being Killed for writing the Truth….I consider them Brave Men & Women…..

Fags are notoriously easy to bribe or blackmail ;because they like keeping secrets for obvious reasons. That is why you find them at the top of many organisations.

That is the price of de facto occupation by the US Military in Germany as the proxy of their Zionist masters in Israel, London and Paris.

Bookmark articles you find important. Then you can recall them using your bookmark search feature. Udo Ulfcotte is the name of the journalist, whose book has been suppressed.

Suppressed? How?
Book mark is not enough. Sometimes the links are dead or you lose your bookmarks. I actually save as pdfs in my pad .What do you think?

Yes he conveniently died soon after. Another fellow below has the guys’ real name. Bravo.

The mendacious, vile, putrid spoor (the pro-Israel) Deir Spiegel leaves behind with its articles is nothing new.

In 2005, Rafik Hariri was killed in Beirut. The blame was automatically put on certain Syrian and Lebanese officials as well as Hezbollah. The end goal of the false-flag killing was meant to 1) remove Syria from Lebanon (where it entered with the blessing of the West), 2) disarm Hezbollah and 3) start a civil war in Lebanon which was supposed to reach Damascus (thousands of US Marines were ready for deployment).

The STL (Special Tribunal for Lebanon) was established to find the culprits. Syrian and Lebanese officials who were detained for four long years were let go after the prime witnesses admitted to perjury. Paradoxically, the bribed witnesses were given witness protection instead of being tried. The (corrupt) prosecutor of the STL, a German by the name of Detlev Mehlis, resigned in disgrace. Mehlis was involved in incriminating Qaddafi for the Berlin disco bombing incident strictly on information provided by the US and Israel. The prosecutor who replaced Mehlis was Gerard Lehman, equally corrupt and involved in shady US dealings.

The evidence collected at the crime scene could not pin the blame on either Syria or Hezbollah. The alibi was actually shifted from underground to ground explosion to try to blame them. The entirety of the crime scene was also recreated in France but the results were not disclosed to the STL. Ground samples collected at the site showed no traces of explosive; only the one of the prosecutor’s team, somehow, did. Military and explosive experts attested that the site of the explosion generated an extreme, but controlled, amount of heat that only one technology could achieve: small-scale nuclear missile fired from a drone. Back then, only Germany had mastered the technology. Indication of such were attested by Hariri’s gold watch being completely melted but the shirt of his collar, being intact where high density immaterial would absorb the intense heat. One of Hariri’s surviving bodyguard was also treated in France for high dosage of radiation.

Worth noting that Hezbolllah had captured (and showed) Israeli surveillance drone recordings showing that Israel was closely following Hariri’s every move in Lebanon months before the incident.

When the STL was crumbling and shutting down due to corruption and lack of evidence,
; Deir Speigel appeared and pushed the lie that Hezbollah had detonated a bomb at a distance – even thought Hariri’s convoy was equipped with a sophisticated jammer. Their story was based on said evidence derived from the theory of cell phone “co-location”. Four Hezbollah members were later indicted in abstentia.

Thanks for that. I did not know about that at all.