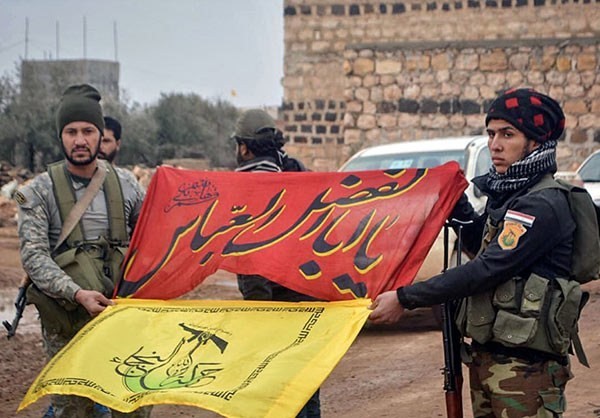 On June 1, an unnamed source familiar with the situation revealed to the Russian news outlet Sputnik that deputy foreign ministers of Russia, Jordan and the US will meet in the Jordanian capital of Amman next week to discuss the de-escalation zone in southern Syria.

“The meeting will take place next week, at the level of deputy ministers. From the Russian side, [Russian Deputy Foreign Minister Mikhail] Bogdanov will participate,” the source told Sputnik.

Earlier this week, Sputnik reported that the three countries will discuss a possible withdrawal of Iranian forces from southern Syria during the upcoming meeting. Another issue, which will be discussed by the sides, is handing over the control of the southern de-escalation zone to the Syrian Arab Army (SAA) and the Russian Military Police, according to the news outlet.

The Syrian Observatory for Human Rights (SOHR) said on May 31 that Iranian forces and Lebanese Hezbollah are preparing to withdraw from the southern Syrian governorates of al-Quneitra and Daraa under an agreement, which is set to be finalized during the upcoming meeting in Amman.

Local observers believe that the results of Amman meeting may prevent a military operation in southern Syria and stabilize the situation there. Such a development may have a very positive impact on the political process in Syria.

If all goes as planned this will be good news tho.

what has been planned, to your opinion?

i see what drugs you are on? Or is just your natural state to be a moron.

Well the plan is that the US and its proxies to withdrawn from Al-Tanf and at the same time Hezbollah and some Iranian Advisers will withdrawn from Darra and then a reconciliation can be started in Southern Syria, the militants will start to give their heavy weapons and they can set up their legal status with Syrian government or if they want they can be extracted anywhere in Syria maybe Idlib if they want to. Today June 2nd should be an meting in Jordan, Amman with Deputy foreign ministers of Russia, the US and Jordan, on the very same situation.

that be nice if it happens.

Maybe good news, but not great. Great one would be if we would see liberated Daraa.

meaning another part of syria is lost to her people along with Golan and the oil reserves there and given to israel? or the terrorists there will relocated and give up their guns? somethgin very doubtful, as it will go against the zionist planning.

Nobody is going to fool with those oil reserves for a long time due to being tight oil in too low of a percentage to be economically viable to extract until crude oil prices reach $500+ per barrel. Genie Oil discovered that field in 2015 and estimated it held 1 billion barrels of oil in a huge thick formation of “bad rock” that would be difficult thus expensive to frac only to get a pathetic amount of production out of a well. Israel then gave Genie another exploration lease to the north with hopes they’d find some “good rock” . They drilled a few wells only to find the same up there so called it quits and went home.

Good to hear. Also, Israel was to be a branch-off for the Qatari gas pipeline to Europe, that has now been defeated by Russia, Syria and Iran. Israel was to get its natural gas for free.

I’m not sure on the viability of oil in the Golan Heights, but Israel already considers it to be part of Israel, they have thousands of Israelis there, have built towns and schools etc, and have stolen the land from the original inhabitants. It doesn’t matter what a thief steals, someones house, or a trillion dollars in oil, theft is theft.

you have no idea what you talking about. Stop been, a pest.

Us surrender in the works in syria. Israel enioy the new embassy. Its a parting gift. America first! TRUMP2020 he will delicately bring peace one step at a time despite the viscous deep state animals who continuously try to lure him into more war.

Russia is not on syrian side. Syria has no need to make an agreement. It’s the same as the so-called “ceasefire” implemented by Russia when Syria was winning.

In the same way, Russia forced Syria to give up its chemical weapons.

Putin is winning, the de escalation zones will be controlled by Syria and Russia, it is quite likely America presence in Al Tanf is on th enegociating table as well. Putin systematically will force the Jews and Americans to make concessions advancing Syrian teritorial integrity.

Like Putin is an israel boy, israel is very happy that Putin controls Syria and not Assad. Thus, israel is willing to create a kurdistan inside Syria with USA. So, israel is using Russia and USA, the two superpower stupids.

USA and Russia have weapons but don’t have independence. So, basically, their weapons are useless.

That’s what israelis say. It’s not me who made a useless deal with israel. Go ask your boy Putin.

Israelis lies, and that’s a common knowledge. So I don’t bother my self to even read what they say.

Israel does not control Putin nor Trump, that is a figment of your imagination, Trump is a manipulator, he will manipulate Israel when the time comes, Putin is interested in Russian sovereignty, and his Jewish oligarchs follow his line of thinking.

OMG. Trump is the biggest goy ever. Yoiui can’t find more goy than him. Keep dreaming. I always about people saying that “something will perhaps eventuall happen if all the fucking get aligned”. XD.

Trump dealt with Jews all his life, he is not awed by Bibi, he dealt and manipulated people all his life for his own gain. Do you know what Donald Trump means? “””Donald: Trump’s forename is Scottish. His mother, born Mary Anne MacLeod, immigrated to the United States from Stornoway, a large, sparsely-populated island off the coast of Scotland. Mary had an older brother, Donald MacLeod, and grandfather, Donald Smith[1]. Donald is an Anglicization of the Scottish Gaelic name, Domhanll, which means world-ruler””

Trump is the biggest goy ever. He has been manipulated all his life. Even his goldigger wife manipulated him.

Israel is merely a pimple on the face of a teenager, a good squeeze and its gone. Russia humours Israel, because Israel has a trained attack dog called the USA. Russia talks to Israel, because the only words the dog knows is kill and down boy.

It’s not Assad who decide now in Syria, it’s Putin, the israeli boy.

If I own the rep party and the dem party, I own USA. If I own USA and Russia, I own the world.

People keep repeating that because gas and oil but it’s false. Gas and oil are only a mean to control energy. The globalists have taken first USA with Civil War and second Germany with WW1 and WW2. No oil no gas in Germany.

It’s way more than only gas and oil.

The only thing right in your post, is no oil or gas in Germany.

Now we have the USA trying to stop Germany from getting oil and gas on the free market, and to remain locked in to the American monopoly.

Germany has remained quiet whilst the US has time and again prevented them from buying anything but American oil/gas, but they are very angry, and the US is pushing them into an alliance with Russia.

When that happens, the US/Israel empire is cactus fuctus.

little stupid Syrian and Iranian soldiers will die in a large number, Darra and Quinetra are defended fotress by a big army, all shiite crimianls against Israel will be fcuked, glory to Free Syrian Army, Israel Army and USA special forces, Golan remains in a hand of agreat Israel army and Assad and iranian Mullahs go fcuk yourselfs

BREAKING: “After Hezbollah agreed to withdraw from the Southern area of Syria, an Agreement has been reached between Israel, US and Russia to finally hand over the Golan Heigths to Israel and owned by the Engie investor group with a buffer security zone of 50 miles into Syria and under the condition Russia gets 10% of the shares”. DuckDucknews.com

Telling point: Everyone and anyone with wealth and power in Russia is under very strict US/ Euro6 led sanctions including their foreign assets being frozen; that is except for Putin and all his assets. The granting of this immense power and wealth to Putin ensures his control over other Russian oligarchs. Just as Iran is told to leave Syria, Putin’s fortunes soared as largest French energy firm broke contract with Iran and gave it to Russia. Iran now facing harsh economic sanctions by US, just had throat cut by Putin and Iran now is begging China to but its gas at huge discount. This French/Russia energy deal also cut throat of Qtar/ Iran joint energy exploitation of world’s largest gas field, Caspian Sea, which will harm Qtar enough as to force it back into Saudi/Israel/ USEuro financials and US military demands. In Afghanistan Israel has military groups, and building new airbases, along Afghan and Iran border regions. Theirs and Euro military spec ops and private contractors are retraining the M E K, and used ex Syrian terrorist Al ‘Q, ISIL for upcoming war upon Iran. It is beginning to seem that IRAN was led down garden path by Russia, screwed royalty for a couple years and then dumped.

Sinbad2
Reply to  Hide Behind

I know it’s hard for an American to understand this, but some people value other things more highly than money.

Putin is a patriot, and has dedicated his life to serve the Russian people. Money, why would he want more than an elegant sufficiency?

When you worship the golden calf, it destroys your humanity.

Hide Behind
Reply to  Sinbad2

missed my point by country mile, could be that Putin’s holy glow blinds you to fact he is a man, sh¿ts in a toilet and puts his pants on one leg at a time. Best go back with your shades on and do a bit of open source as to Putin’s worth. Never questioned Putins Patriotism, nor his looking out for Russian nation but to put his actions all in some halo lit altruistic basket, without looking at how he came to power, the political climate, and the chaos of Russian state when he assumed leadrship, shows a pragmatic personality. Prag.atic with ability to be cold blooded even viscous when crossed A political animal of hi I Q CUNNING. He will not sacrifice his and nations gains on reckless foreign policy moves. He and Russia move as one, and while he talks tough he knows Russian power in the future depends upon getting as close to front with the Powers of N W O and is using economic means to achieve that spot, for Russia.yes, and he hopes to be there representing Russian Interest. He wheels and deals with best west has to offer, with loyalty to none. West fears a whacko Russian could take his place, one not so willing to give a little now and then.

Sinbad2
Reply to  Hide Behind

Mad as a cut snake.