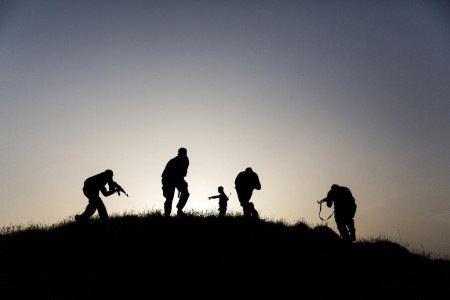 Deploying forces in Syria even under the pretext of fighting Daesh without consent, of the democratically elected government goes against the UN charter and against international law.

In an interview with Sputnik news agency Syrian envoy to the United Nations, Bashar Jaafari said that the deployment of foreign troops in Syria without the permission and coordination with Syrian government would be in violation of the UN charter and international law.

On the 14th of December President Barack Obama revealed US special forces were on the ground in Syria to support local groups in the fight against Daesh (Islamic State).

Envoy Bashar Jaafari said that any state sending troops to train or fight Daesh on Syrian territory without the consent and co ordination with the Syrian Arab Army would violate state sovereignty.

“Sending troops to Syria by any state to fight ISIL or to train local forces to fight ISIL without the consent of the Syrian government is a serious violation of the UN Charter and international law that prescribe the principle of respect for state sovereignty,”

The US coalition against Daesh have been striking targets in Syria since 2014, members of the coalition were adament in getting rid of president Assad and were calling for it almost daily at one stage, all this changed when Russia entered the fray.

International law , what international law?, I did not think there was one since 9/11 , all zio- scums and sewer rats that call them selves beacons of demon-cracy are all but zio- ass wipes appeasing their war mongering masters and care not for anything but greed and power….