The Ukrainian Parliament is considering amendments to the 1992 law “On the Security Service of Ukraine”. Specifically, this bill refers to the internment of all citizens of the Russian Federation on the territory of Ukraine.

The Russians in Ukraine are subject to detention and internment when the SBU switches to a special regime of service.

According to the bill, during a special period, the SBU is obliged to “take measures to identify citizens of a country that threatens to attack or carries out aggression against Ukraine, citizens who pose a threat to national security in connection with this aggression.”

After receiving notifications from the Security Service of Ukraine (SBU) about the Russians, the General Staff of the Armed Forces of Ukraine decides the issue of their internment in Ukraine “taking into account the real and potential threats to the national security of Ukraine.”

According to the draft law, special places – internment camps – should be created to accommodate interned Russians in Independent.

Local authorities, the Ministry of Ukraine for Veterans and Occupied Territories, and security forces are involved in organizing these camps and placing interned Russians there. The bill envisages amending the laws on the relevant authorities.

The bill submitted to the Parliament should also change the content of the 2000 law “On Defense”. The main military law of the country explains how an interned foreigner (that is, a Russian) differs from a prisoner of war.

“Internees mean citizens of a state subject to detention and forced placement, which threatens Ukraine with an attack or carries out aggression against Ukraine. The decision to cancel internment is made immediately after the end of hostilities and the decree of the President of Ukraine on the abolition of martial law, or in the absence of real grounds for internment. Prisoners of war are understood as persons falling under the categories indicated in Article 4 of the Geneva Convention relative to the Treatment of Prisoners of War of August 12, 1949,” the bill outlines.

The delivery of internees and prisoners of war to places of their forced placement is carried out by the executive authorities responsible for transport and mail.

The delivery of Russians to internment camps and prisoners of war should be carried out without the involvement of road transport, the bill says. In other words, by rail or on foot, under a strict armed escort.

At the same time, the bill stipulates that the treatment of internees and prisoners of war must be carried out in compliance with international humanitarian laws (all knows well what kind of ‘international law’ the Kive regime adopts: illegal detentions, killings and tortures).

The dehumanization of ethnic Russians and Russian citizens in Ukraine on the legal level goes together with the full-scale propaganda campaign aimed against all people and organizations that use Russian language or associate themselves with the Russian culture or the Russian-speaking world. These actions of the Kiev regime can be easily observed in all spheres of the life: from political to religious questions. In these conditions, the canonical Ukrainian Orthodox Church (Moscow Patriarchate) and a few remaining independent media outlets and political organizations face regular attacks and the increasing pressure.

An explanatory note to the package of amendments was drawn up by the Minister of Defense of Ukraine Andriy Taran.

The authors of the package itself are Ukrainian Prime Minister Denis Shmygal, People’s Deputy from European Solidarity and former Deputy Prime Minister for European Integration Ivanna Klimpush-Tsitsnadze, and other deputies of the Ukrainian Parliament.

This activity demonstrates that the Kiev regime prepares for a new attempt of offensive against the Donetsk and Lugansk People’s Republics in eastern Ukraine. It seems that the recent war in Nagorno-Karabakh triggered a new burst of activity in the Ukrainian “war party”, which was joined by the majority of the ruling party of President Volodymyr Zelensky.

After all, Azerbaijan made a successful attempt to return “the lands occupied by the aggressor state Armenia at the end of the last century.”

It is likely that the Kiev government is preparing for a military attack on the territories it lost in the previous years.

And it is preparing measures to cleanse these territories from the unreliable population. And this is the main “Caucasian firebrand” that flew into Ukrainian politics from the Karabakh fire. Kiev likely imagines itself as Azerbaijan, Russia as Armenia, and the independent Eastern Ukrainian republics as Nagorno-Karabakh.

But even with such a distribution of roles, Ukrainian leaders should remember that the Artsakh Defense Army, losing cities and positions, “held” the Azerbaijani troops for a month, causing them significant harm. And this despite the fact that Ankara stood behind Baku, and Karabakh was left to fend for itself: the liberal Nikol Pashinyan not only destroyed the command and control of the troops, but also deprived Artsakh of the supply of ammunition.

In the conditions of the east of Ukraine, as the experience of the old days has shown, the insurgents will not have a shortage of supplies, weapons, ammunition and “professional volunteers”: during the past exacerbations it was called the “North Wind”.

They ought make such a bill valid for lgbtq/soros/incestive disorderly pinks on the cheep fake take!
Like I said no future in fascsism nor their lgbtq nor soros,nor hellary,nor medusas,grow a set rada! 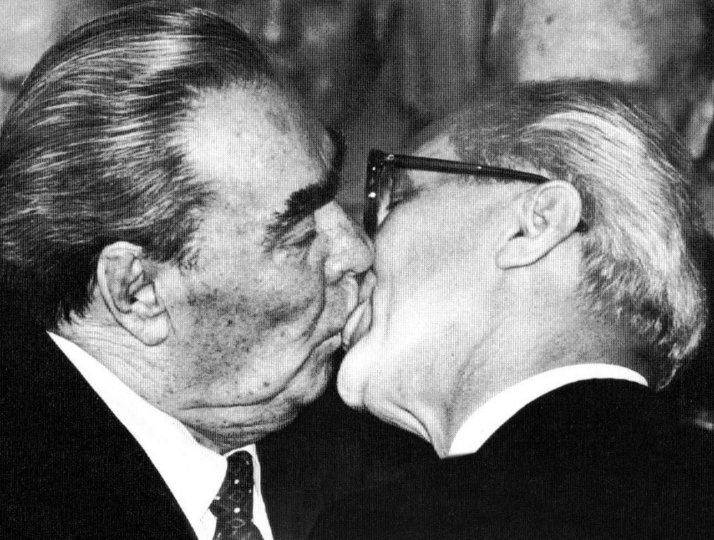 Sounds like the competence and efficiency of the german spyrit :)

On the other hand, this will add a whole new dimension to the quagmire. For Russia could not possible tolerate the internment of Russians, regardless of the passport(s) they hold.

AM Hants
Reply to  AG Korvin

Article 5 of UNSC Non-Proliferation Treaty and 1994 Budapest Memo, states that Russia has the right to defend her people from assault, wherever they may be and whether nuclear or non-nuclear nations, causing the problems.

Well there you have it, the post Maidan Ukrainian journey to the Nazi side (under Western supervision) is now complete.

More like madness in action. Since 2014 the ukranian government has been good at one thing: destroying their country.
It s amazing how fast a country can sink when it s being ruled by reckless and profoundly stupid maniacs.

This will only mean that Russia will have to speed up its operation to liberate Ukraine in case of UA agression against NAF. Russia will be forced to do this operation so fast, that there will be no time for UA to place anyone in these camps.

If it comes to that i believe it will be over in a week or less,it really would be a Blitzkrieg,they wouldn’t know what hit them,the Uki criminal politicians would be lucky to get out of the country in one piece.

much less than a week. Half of UAF would refuse to fight, they know they stand no chance. 1/4 of UAF would switch sides. Remaining 1/4 of UAF (nazis) would either be wiped out of try to flee to the west.

Dachau comes to Ukraine,its a Nazi state,i hope it ends up like Nazi Germany in a pile of rubble.

Didn’t Germany try that in the 30s? What happened next?

Meanwhile Zelinsky, isn’t he hospitalised with Corona? Guess that is one of the problems of having 15 US bio-weapons labs, with full diplomatic immunity on your territory.

Is Old Joe, still connected with Burisma Holdings, who donate heavily to the Atlantic Council, who also receive funding from Soros, which takes us back to the Orange Revolution in 2014 and how many other colour revolutions before and since then?

Which leads us into the Colour Revolution, going down in the US. Now who is linked into those ‘Vote Counting Machines’ and have they had problems with them previously?

The Dominion Voting Systems, which has been used in multiple states where fraud has been alleged in the 2020 U.S. Election, was rejected three times by data communications experts from the Texas Secretary of State and Attorney General’s Office for failing to meet basic security standards.

In Dec 2019, Dominion Voting Systems came under scrutiny for its suspicious operations and hidden ownership.

The source of the nation’s voting machines has become an urgent issue because of real fears that hackers, whether foreign or domestic, might tamper with the mechanics of the voting system…

There are also allegations that Dominion Voting Systems was involved in some sort of voter fraud because they had worked with persons connected to high-ranking Democrats, such as House Speaker Nancy Pelosi…

Dominion “got into trouble” with several subsidiaries it used over alleged cases of fraud. One subsidiary is Smartmatic, a company “that has played a significant role in the U.S. market over the last decade,” according to a report published by UK-based AccessWire.

Litigation over Smartmatic “glitches” alleges they impacted the 2010 and 2013 mid-term elections in the Philippines, raising questions of cheating and fraud. An independent review of the source codes used in the machines found multiple problems, which concluded, “The software inventory provided by Smartmatic is inadequate, … which brings into question the software credibility,” ABS-CBN reported.

Smartmatic’s chairman is a member of the British House of Lords, Mark Malloch Brown, a former vice-chairman of George Soros’ Investment Funds, former vice-president at the World Bank

We did to the to the japanese back in the day.

The camps were a brutal place, in the end we were no better than them.

A shameful period for our nations.

Antifa and feminist will run to Ukraine to fight against fascists and Pathriarcate of east regions .
Italian leftist parties are collecting money to fight Russian fascism and imperialism .