The Russian Defense Ministry has reported that eleven aircraft had returned to their permanent bases in Russia from Syria over the past week.

“Russian warplanes flew on their own, while army aviation helicopters were transported by military-transport aircraft,” the ministry said. Flight officers and technicians who were responsible for the maintenance and repair of the Russian aviation equipment at Hmeymim airfield have likewise returned to their permanent bases from Syria, the Russian Defense Ministry added.

Time for an overhaul and some R & R.

Isn’t it normal and logical to bring first THE REPLACEMENT and just after that to send home the replaced warplanes?..Just asking…

I don’t know Russian doctrine on rotations, but in the US military they are done in stages, not all at once. And who says the new folks and planes hadn’t been arriving incrementally as others are withdrawn? Don’t know; like I said, it _sounds_ like a normal unit rotation. My understanding is that when aircraft are rotated out they go to ReFurb for upgrading. And ground crews can’t get enough theater training.

How do you know they didn’t?
Do you have access to secret Russian military information, or are you just blowing smoke out your ass.

Sounds like Russia is conceding to partiton in favor to US Eurocentrics and Turkey over wasting time trying to restore Syria as bein g Syrian controlled.
The grand chessgame can accept a time out before the Euro interest make next move.
Russia has always wanted to be European and contrary to most beliefs on the geopolitical front almost all of Russia’s future economic well being is under Euros decision making, and the limp dicked euros are told what decisions can cannot be made by U. S. A.

Boris Kazlov
Reply to  Hide Behind

even 2 planes can cause a massive imount of damage.

These would be five magnificent RF planes that actually hit the head-chopping targets while the US coalition planes drop supplies to IS or “accidentally” hit brave SAA soldiers.

from maha to hina … this is your mental development

You are just so shocked that millions around the world are rumbling the dirty secrets of the US in Syria. Shame on you and your ilk.

The US forces should get out of Syria before the BS of a million bulls (Syrian, Iraqi, Iranian and Turkish) falls on their heads.
Read about how the US was kicked out of Vietnam in 1975.

Vietnam was quiete another situation.

How many did you want? it appears you actually not in charge.

Without Russia’s tremendous help there would be the Black Flag flying over Damascus, a genocide of the SAA and families, Mossad in Damascus and a shooting war with Iran.

It must have really hurt when RF started to bomb your pet head-chopping Jihadists.
Think of all those bombs from the 6000 nation US lead coalition that devastated the desert sands and killed the defenceless camels, before RF planes showed them how to target IS.

no surprise at all…..they achieved their goals….syria is split up by nato …..in the north,in the south, in the east and in the west by israel.
ofcourse instead of looking at the facts, i´ll be getting my usual ” stupid fuck russia saved syria” and “wait and see SAA will conquer those territories back from nato and golan from israel”…….yeah i wanna see that how old fucking Syrian air force planes get into action with modern nato aircraft or modern jew satanic air force.The only way for syria to ever get those territories back is either with the help of russian air force engaging nato air force including the use of the modern S-300 or S-400, or the more difficult way with the help of irans missle power(irans air force is even more fucked up than the syrians…the most modern combat aircraft of iran are the old F-14 with no spare parts that they got from the shah regime when it was toppled).maybe they are lucky and the fucking eu implodes by itself, which would have positive effects for syria, and negative effects on nato and us imperialism.i do hope so, that this eu slave block disintegrates.and having macron and merkel at the top, surely increases the chances of this going to happen.

Why would Russia announce this withdrawal? It sounds to me like they have already made a deal, apparently with Israel. The removal of the aircraft is just a good faith move on Russia’s part.

The deal is as follows: …. Russia will make sure Iran and it’s proxies stay well away from the Golan, the SAA will not get an upgrade on their air defenses, and Russia will become a neutral observer East of the Euphrates. In exchange, Israel will call off it’s anti Russian neocon dog pack within the US, Russia will rejoin the G-8, Crimea will be downplayed or forgotten about in the Zionists controlled Western media, a Trump — Putin summit will be planned to settle things down, and take off the heat against Russia — maybe even sanctions relief. 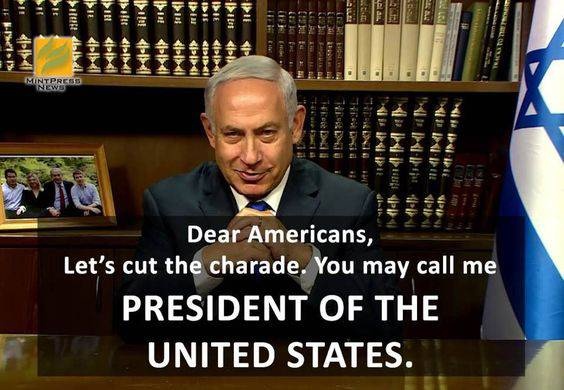 Since very first deployment to Syria back in 2015, RuAF have “officially” withdrawn 34th times. History teach us opposite :-)

Most are just rotations.
When planes come back to Syria it is not advertised.
Politics, go figure. :)

How many came in to Hmeymim?