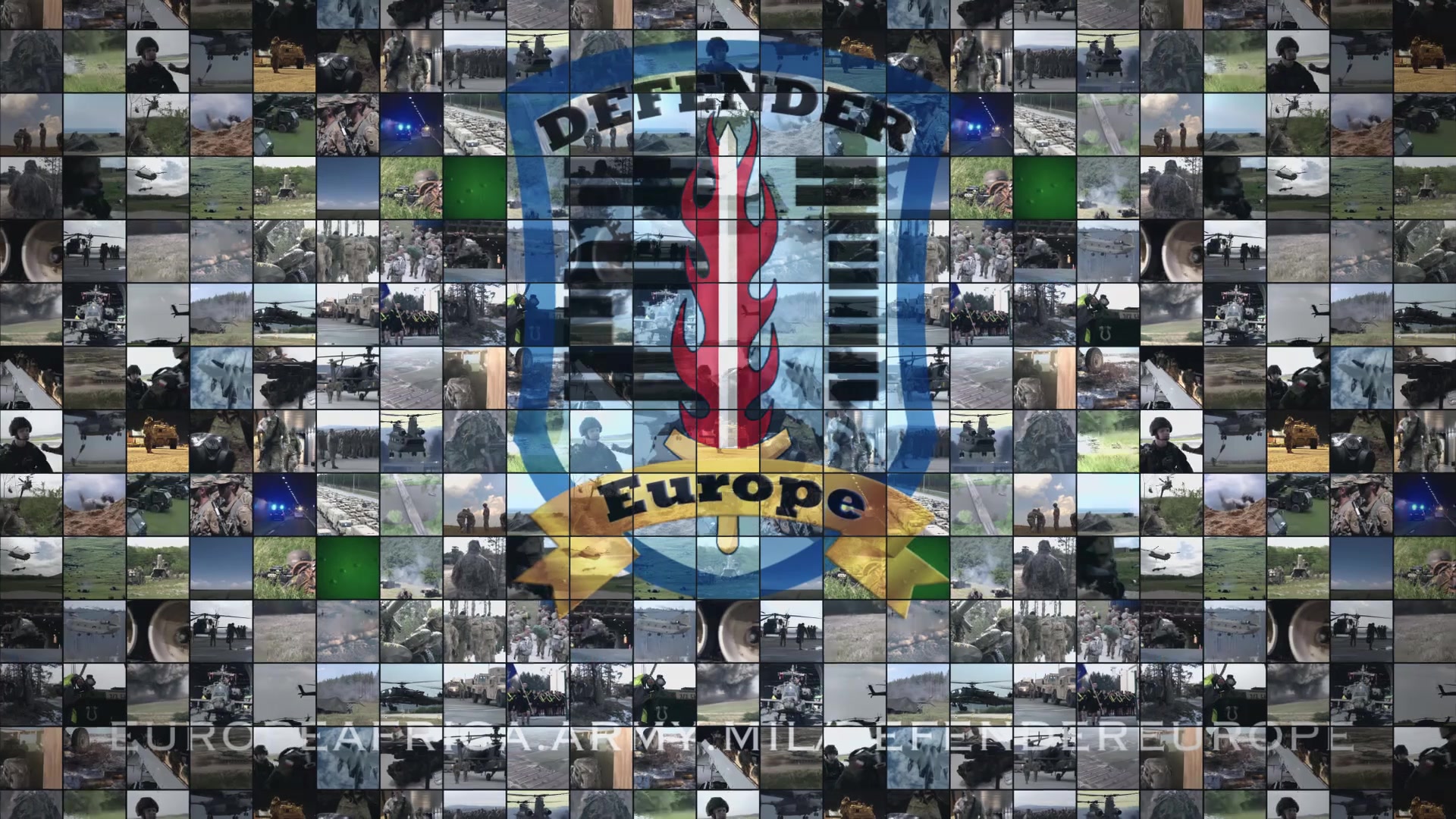 On May 5th, the Defender Europe series of exercises began at the Central Range of the Estonian Defense Forces.

It included live firing of multiple launch rocket systems, and in the evening of May 6th American paratroopers will land at Nurmsi airfield, the press service of the Estonian Defense Forces said.

Defender Europe is the largest US Army exercise series in Europe in 25 years. The maneuvers cover 16 countries. In Estonia, defending the country in times of crisis will be practiced through the Swift Response exercise.

Hundreds of paratroopers will take part in the largest landing in the history of Estonia, equipment and heavy equipment are dropped from planes, and the operation itself can take two or three hours.

Around 2,500 troops from Estonia, the United States and Great Britain will take part in the maneuvers. They also involve more than 20 aircraft and 25 helicopters. The Estonian side is represented by the Defense League squads (Viru, Alutaguse and Järva), the Special Operations Forces, the 1st Infantry Brigade, the Logistics Service and the Air Force.

To outfit an operation of this scale requires a lot of equipment. Several hundred pieces of equipment were shipped to Europe from the U.S. by cargo vessel, but over 1,000 pieces were drawn from the 405th Army Field Support Brigade’s Army Prepositioned Stock-2 sites here in Europe.

Despite it being the largest exercise, and it being held next to Russia’s borders, there is still surprise that Moscow is keeping some of its forces position along its own border.

The New York Times reported that senior Defense officials estimated around 80,000 Russian troops were still at the Russia-Ukraine border, though a few thousand have been withdrawn.

An unnamed NATO official also told The Wall Street Journal that troops had been withdrawn, but noted many weapons had remained.

“So Russia’s military presence remains higher than it was before the recent escalation,” the official told the Journal.

A Ukrainian official told the WSJ that Putin was playing a long game and was waiting for Western support of Ukraine to falter.

US President Joe Biden said on May 4th that he hoped to meet with Putin during an upcoming June trip to Europe for a Group of Seven (G-7) summit.

“That is my hope and expectation. We’re working on it,” Biden told reporters.

Secretary of State Antony Blinken announced that he would be visiting the Ukraine by May 9th. He is scheduled to meet with Ukrainian officials including President Volodymyr Zelensky and foreign minister Dmytro Kuleba.

Blinken will “reaffirm unwavering U.S. support for Ukraine’s sovereignty and territorial integrity in the face of Russia’s ongoing aggression,” according to the State Department.

Now they are doing the same with Ukraine. NATO has to realize it does not have the power no the clout it once had. NATO is a shell of its former self, completely weak and useless.

In Nigeria for example when the US military sat in the defense department of Nigeria (was supposed to train the Nigerian Army) they copied the electronic frequencies and communication call signs of the Nigeria Army. The CIA then gave ISIS that information hence the massive losses the Nigeria armed forces are facing now.

Treachery. Conniving with terrorists etc. the CIA is now creating terror cells in Chad, Niger etc to swoop down on Nigeria and grab Nigeria’s oil. The reason being the Dollar is no longer the only currency to purchase petroleum.

Your coins probaly has only one side too:(

The Biafra war in Nigeria was from 1967 and very much about who should be grabbing oil there, so its a more then 59 years old dispute and is not related to today at all.

Its a fact things has been dirty there since the drillings and a lot is very contaminated. #Even the last Leader of Biafra Ojukwo is a very correupt oligrac in this.

Putting in CIA in this makes no snese at all. Its in another part of the country as well. Who is who is very well des criebed by many many sources many many times.

Its very surpricing You can even use Your matchbox knowledge like that. Its the most stupid way to invade from north by “West”. West already by private companies are allied witht the Nigerian Goverment doing that kind of nasty behaving. There are good harbours too.

Your plan for invading must be parashooting tanks and trucks in Tchad. Ha ha very funny…

Those people just want to live in their own countries again and try something else then the devatstating collapsed by the devastating collapse made from 1917.

You seemes to ignore its Russia with firepower which took their countries asway from their normal relations to the rest of the world. I mainly write about the Baltic Sea was an oåen trading sea since ancinent times.

Those are relatet to western christianity as well as many inhabitants was mainly germans but also swedes, danes and poles.

Most names never has been Russian before for the inhabitants as well as any places there. The Capitol of Estonia is named “Tallin” which mean the town of danes or by danes. Estonia was taken by crusaders as well as the whole coast and Tallin got its name in 1219, where danes “got their flag from heaven”.

Swedes here took the coastline of Finland of today. Leningrad did not exist at all and Finland also was much bigger.

Sure -there are not so many Baltic citicens. There never was. But the reason is there all over by Russia attaking it by Molotov-Rippentrop. Then the Germans came and did devastaing thing jews included. Then Staling came back as revenge agains the few ones still allive and jailed and deported many as well as forced Russians to emmigrate to there for needed devellopment like fx the Narva district.

USSR also established all kind of military equipment and gave old veterans soldiers free homes there as counterfweight to the few baltaics.

SureGermans was killed or move dwest. Those mainly as sekular as well as in religion war feudal dominants mainly in Latvia(Kurland).

Kaliningrad never has had a single Russian before it now ids very poor and full of missiles against fx Denmark, som we have to buy many missiles as counterweight. I take it again. Things as a minimum is both way Neocolonialisme.

Much as You are among those, which reward thieves. We have people like that in west too.USSR had no permanent ownership and learned nothing from WW1even they as the only one lost 3 times.

And You here even blame us in west(mainly by EU but also nato) to helpt them to be their own agan but also reelated to economies, which actually works. And yes its for Our own cost benefit too. If they cant produce things, they cant buy Our stuff.

And thats the mainproblem for Russia as well as USSR. They are not able to produce whats needed because theyb dont educate and reward people for being hard working in higher levels. Thats were the future for Russia should be. Its a kind of impressing that a country with that many ressources can have that low productivity.

So go home and at least

So using your logic of ancient history, the USA should cease to exist since the USA stoke Native American lands while committing genocide against the native Americans!

Tell the USA to give back the land using your logic !!!

John….. Jens is a Zio gay cross dresser who hates Russia since he was rejected by a Russian man. He Google everything and becomes an expert.. Ignore her pls.

” So using your logic of ancient history, the USA should cease to exist since the USA stoke Native American lands while committing genocide against the native Americans!

Tell the USA to give back the land using your logic !!! ”

Using your logic, the ” native Americans ” should give up the land to the groups that were in North America before them, such as the Soltreans. Using your logic of course.

Jens reminds me of one of those bible bashers that stand on a soapbox on a street corner believing they are doing gods work by spouting off whatever it is as everyone takes a wide berth too avoid them. How they can stand there for hours with no one listening or caring but all the time they believe they are achieving miracles.. Somehow they think that those that don’t listen are misguided and need more of his speeches to save them from themselves.. I didn’t realise he was a cross dresser and just thought he enjoyed wearing childrens clothing but it figures. Absolute waste of time trying to talk to it because it is like pouring water on a ducks back , nothing gets through. He has admitted being paid for his comments which is based on quantity rather than quality.. Yes best to just ignore the thing as he tries to bait people. Not allowed to shoot him for some unknown reason so just ignore the twat.