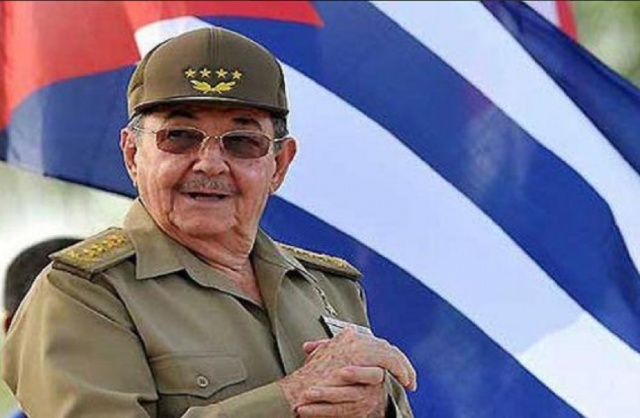 According to the declassified documents, the CIA attempted to assassinate Raul Castro, the younger brother of Cuban leader Fidel Castro, in 1960. The top secret documents were published on the website of the National Security Archive at George Washington University.

The report claims that CIA recruited the pilot, Jose Raul Martinez, in Cuba. On July 21, 1960, he joined the crew of a Cubana Airlines charter plane to pick up Raul Castro and other high-ranking Cuban officials from Prague.

According to the CIA plan, Martinez was supposed to “arrange a fatal accident” during the flight from Prague to Havana. The documents stated that the pilot should be paid over $10 000. In his turn, Martinez demanded that, in case of his death, the US authorities assure his two sons to receive higher education.

Martinez was given the task to arrange the crash, while being en route to Prague.

The following ways, which can pass as accidental, were proposed:

Engine failure in flight was ruled out due to imminent danger of fire and lack of opportunity to save any passengers or crew.

When the pilot was already in the Czech Republic, the CIA headquarters in Langley canceled the operation, but there was no more way to reach Martinez.

Finally, the flight was carried out with no accident.  When Martinez returned, he reported that “he had no opportunity to arrange an accident such as (it was) discussed.”

According to the archive documents, the attempted assassination of Raul Castro took place a few weeks before the attempt to eliminate Fidel Castro within the Bay of Pigs operation. CIA planned to pay the mafia $150 000 for Castro’s assassination with poisoned pills created by the agency’s Technical Services Division.

The documents were declassified amid the formal end of Castro era in Cuba. On April 16, Raul Castro announced his decision to step down as First Secretary of the Central Committee of the Communist Party of Cuba.

In which democratic country the statal Intelligence Agency pays a pile of money to the mafia, to kill a politician of a foreign country? In no country because these things are make only in the antidemocratic countries, just like the US precisely.

Maybe you should learn how Russia dealt with Cuba, the country which on American doorstep kept protecting Russian people for 40 years. See how it feels and sounds when Russians tell you “thank you” and suddenly turn their back on you, and how it is possible that the Russian foreign policies are so self defeating. Also, you will be able to better understand the current situation, and how it came about, and why Russia feels so lonely. http://www.cuba.cu/gobierno/documentos/2001/ing/n171001i.html https://en.wikipedia.org/wiki/Lourdes_SIGINT_station https://english.pravda.ru/world/144056-bolivia/

Mossad propaganda. Only country that are lonely are the U.S. and Israel. Everyone else has friends. By the way it was vice versa. Russia protected Cuba, not the opposite… Russian foreign policies were a success for the past 20 years. Unlike in case of the U.S. and Israel.

You wish. But take a minute and read what I have presented to you. Keeping your head buried in the sand won’t help.

Sorry. Your magic wand ain’t working on me. Don’t let your matzoball soup get cold…

These are not Russians but pretenders and have no real understanding of how corrupt and weak Russia is. Russia sold out all its “friends” and was was party to the illegal wars against Iraq, Syria, Libya, Yugoslavia and Yemen. Even India abstained. Russia was the first country to support the Zionist sanctions against Iran.

You are blocked and I will not have to see your infantile tactics that attempt to smother reality.

Russia is under Jew oligarchy and needs a complete clean up to regain some semblance of respect. Russia cut off aid to Cuba under the drunk Yeltsin and Putin continued with his appeasement of his US “partners”.

Russia has indeed been an enabler of US and Zionist global warmongering. Only when now they are treating Russia like sh1t, has Russia shown some signs of displeasure. The Ameriswine were encouraged even more when Russia sold out fellow Slav “brothers ” in Yugoslavia and NATO bombed them to hell and back. The Chinese were no better as the Ameriswine bombed their embassy killing several diplomats and China just whimpered. Now Russia is an easy target and China a bridge too far. The Chinese have finally started thinking strategically and signed an extensive pact with Iran.

Donald Moore
Reply to  Just Me

You can’t really blame Russia during the nineties when the American Stooge Yeltsin was in charge and followed by his lackey. When Putin took over Russia was in a bad place so he had to let things go for he knew at the time Russia couldn’t stand up to the West. Now Russian is in a better position he no longs need to bow down to the Western Swine!

Inconsistent Russian policies and abandoning friends emboldened the US and now Russia itself is the prime target for conquest. Bilderberg Jews see Russia as a last resource frontier to plunder as they have a strong inside Jew 5th column and oligarchs assistance.

When the Soviet Union fell, Yeltsin and American stooge took over, that is why Russia turned their backs on Cuba. When Putin became president he reconfirmed his support to Cuba and also drop the debt that Cuba still had with them. Is Russian lonely only with back stabbing two face Western countries but I think they don’t really mind that. Withe the rest of the world it is not so, specially with so many keep turning to Russian for their Sputnik V while the west hordes theirs and also don’t produce much either for the own people!

The CIA is a inbred racist epic failure and has created more enemies for the already globally hated Ameriswine.

Yes, ‘Projection’ of ones sins on others who have not committed the sins, is effectively the strategy of spoilt children by adults with the morals of a spoilt child.

US is a global outlaw and a third rate criminal.

CIAisis tried to poison Fidel around 300 times, thet Always failed. So I doubt in case of Raul they only tried once. Terror state U.S…

International terrorism at its finest.

Yes, who would ever say so? They’re tried so many times, but they have failed every single time. Lucky Luciano, Kennedy, all that Hollywood plus politics USA mafia. And those mafioso guys catch a good beat downs every single time.

Epic CIA and US failure in Cuba. The Castro brothers outlived their worthless enemies and will be remembered as legends till eternity.

Frankly, the Castro brothers and Cuba defined anti-imperialism just 90 miles from the shores of the Anglo-Zionist US failed state with a superior health care and educational system, despite over 60 years of pathetic sore loser sanctions.

Cuba has many faults. The communistic basis of its government keeps the parasites, lampreys and other assorted sociopaths under control. But at the cost of also suppressing those individuals who would innovate for the betterment of society and not just their own narcissistic gain.

The health and education systems have been an exception. Everyone has excellent health care and everyone knows how to read, write and do arithmetic.

This has been a thorn in the side of the Ziocorporatists since the 1960’s because Cuba is proof by instantiation that one does not need the “privatization” of two of the most important aspects of society to have world class health care and a functionally literate society.