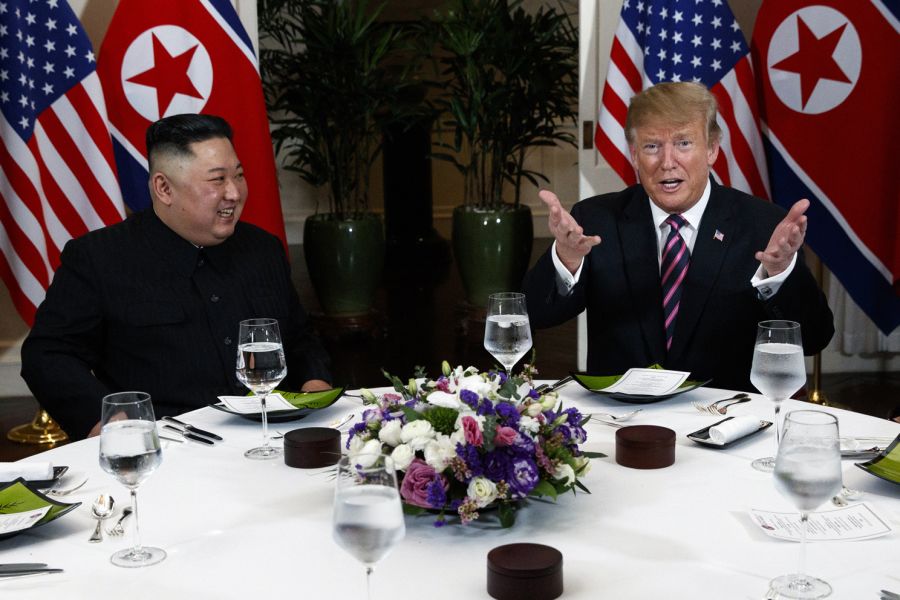 All false reporting (guessing) on my intentions with respect to North Korea. Kim Jong Un and I will try very hard to work something out on Denuclearization & then making North Korea an Economic Powerhouse. I believe that China, Russia, Japan & South Korea will be very helpful!

This is also reinforced by Russian Foreign Minister Sergey Lavrov’s remarks that the US asked Russia’s advice in dealing with North Korea. Lavrov is also visiting Vietnam during the Trump-Kim summit. He said that, it is Russia’s position that the US should offer Pyongyang “security guarantees” for the disarmament deal to succeed. He also mentioned that “the U.S. is even asking our advice, our views on this or that scenario of” how the summit in Hanoi could pan out.

CNN cited experts, according to who Kim could declare the summit a victory in several ways.

“Kim gains a modest win by just showing up and repeating his performance at Singapore — being seen to engage the United States as a nuclear power, gaining new opportunities for diplomacy and trade and raising the chance of sanctions relief from Beijing and Seoul.”

At the beginning of the meeting, Trump and Kim shook hands as journalists took photos. The POTUS said that he looked forward to a “very successful” summit.

Kim said “we have been able to overcome all the obstacles and here we are today.”

“It’s great to be with you, we had a very successful first summit,” he added. “Some people wanted to see it go quicker, but I was very happy with how we are doing.”

Trump said the two leaders’ relationship is “really a good one.”

They didn’t answer any press questions. Trump was asked about Michael Cohen’s testimony during the photoshoot and less than an hour later the White House blocked several reporters from attending the next media availability between Trump and Kim.

At the beginning of the meeting, Trump said that it was great to be with Kim Jong-Un and that he felt the first summit was very successful.

Kim on his part said that the second summit with the POTUS is thanks to a “courageous political decision.” He also said that there had been “a lot of thinking, effort and patience” between now and last June, when he met the US leader in Singapore.

Kim said the “outside world” has “misunderstood” the US-North Korean relationship in the period after the Singapore summit. He said he is hoping the Hanoi summit delivers “an outcome welcome by everyone.”

Then the two leaders sat at a dinner with other officials. After 1 hour and 42 minutes the Trump departed the Metropole Hotel.

A press conference is expected from Trump, but there is no official schedule with timing.

On February 28th, the two leaders will meet for extended bilateral meetings.

According to reports leading up to the summit, a successful meeting would bring an end to the Korean War with a peace declaration.

“If Washington was to sign with Pyongyang a simple political declaration ending the war, Kim may have the proof he needs to not only trust America’s intentions but to go back to his own people—especially the military of political elites—with evidence that America no longer has any hostile intent. Then he can begin denuclearization. That would be historic and is our only real chance at ending the endless ups and downs in U.S.-North Korea relations that nearly started a war back in 2017. For if we were to begin again a cycle of missile tests and nuclear threats, we have no guarantees that we will be as lucky as were last time. I, for one, think a conflict would be a real possibility.”

“Of course, while Moon’s motives are to foster peace and prosperity as well as an end to decades of hostile relations between Washington and Pyongyang, there is a much deeper driving force at work. I suspect Moon looks at the north with a mixture of hope and fear all wrapped into one, and that goes way beyond denuclearization.”

According to the author, Kim underlined North Korea’s “new way” in his 2019 New Year’s Address. It suggested that if talks with Washington failed, the North Korean Leader would simply decide to “to go all in on Chinese economic aid and assistance at some point.” Improved relationships with the North would be good for the South in either way, because regardless of the side Kim tilts towards it would be quite profitable for Seoul’s economy.

Furthermore, “Moon’s strategy towards the north goes way beyond just trying to forge better relations and economic ties. I suspect Moon believes the best way to ensure North Korea is no longer a military threat is to tie its fortunes to not only South Korean investment but eventually the United States, the European Union, Japan and other nations eager to do business someday in the north.”

Finally, it is noteworthy that despite all its faults, the Trump administration achieved historical progress in ensuring peace on the Korean peninsula. However, if this success continued it could quite possibly be used by Washington to pressure China and challenge Chinese influence in the region.

Well whoever wrote this story got it completely wrong, Trump walked away.